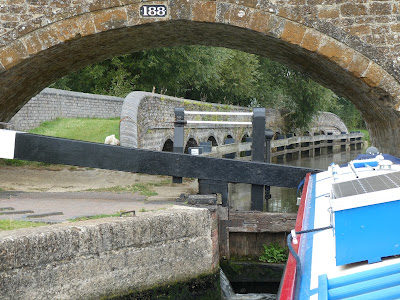 At Nell Bridge Lock we came across a boat doing their first lock.  Fortunately, the boat in front of us had stopped to show them what to do as, according to the lady, they hadn’t been told! 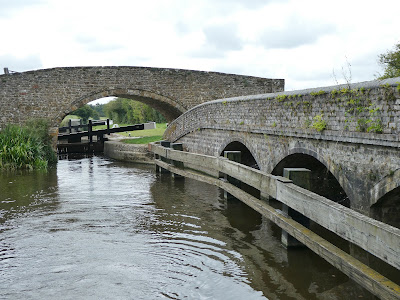 Two more locks and we pulled over for lunch before heading into Banbury.  We followed a boat going so slowly – it really was painful.  A mile on tick-over is not good!  Fortunately, we were stopping so that I could go to Morrisons, so it gave them a chance to get ahead.

A quick dash round Morrisons – well it wasn’t really either quick nor a dash but I like the sound of it!  Shopping put away then off to dump the dumpables and fill with water.  The lock in Banbury in always a gongoozler’s paradise but with it being a Saturday afternoon it was really busy.  I was locking so just had to look efficient and answer silly questions while Richard was the real centre of attention – would he bash the boat or not??  No, of course he didn’t!  A boat going down held the lift bridge for us – what a nice man 😊 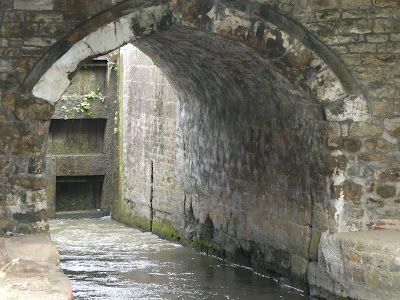 We couldn’t decide where to stop.  Spiceball Park or go on to Slat Mill Lock.  Some of the moorings on the park are very close to the bakery factory and as much as I like the smell of fresh bread it can get a bit much!  In fact, we stopped on the very last visitor mooring and we can’t smell the bread here!

As we passed Tooley’s Boatyard I noticed an old working boat moored up outside.  She had Historic Narrowboat Hardy on a banner on her side.  I decided to look up her history and how she got to Banbury. Hardy had been languishing on the bottom of the canal at Braunston since being abandoned in 2014.  In May 2018 she was raised from her muddy bed and towed to Banbury where she was cleared of debris, stripped and cleaned.  However, in August last year she was hit by a passing boat and sank again. She was obviously pumped out and, I guess, is waiting for money so she can be restored. 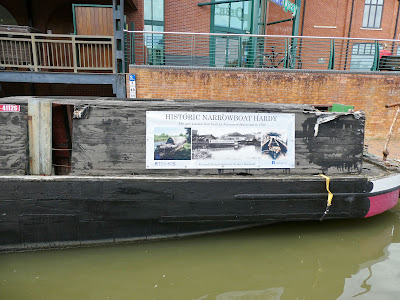 Posted by Linda Gifford-Hull at 10:12