Phil came up with an electric fan heater this morning as we have family coming tomorrow and the third bedroom does seem a bit cold.

This afternoon we had a chat about what we are going to do next year.  We had planned to go to the USA with Robert and family.  We have friends who live in Florida and the plan was to fly to Miami, stay with Maggie and Richard, go up to Disney then Robert and family would fly home and we would go off and do other things in America.  However, on working out a rough cost Robert decided that it might be better to leave it until another year.  Richard and I then had to make the decision as to whether we go or not.  Maggie and Richard come over every year, so we see them anyway, so we finally decided to come back to Mojacar. 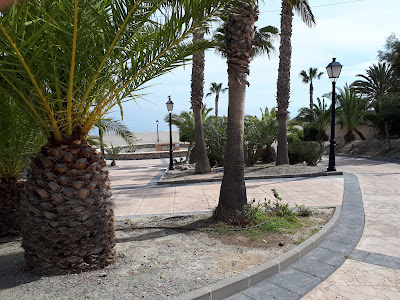 I spent the rest of the day searching through the internet trying to find somewhere to stay next year but the pickings are small!  I wrote to all the agencies, but I don’t hold out much hope that they have got anything.  I did shortlist about 8 from Airbnb and HomeAway – varying from apartments to villas

Our visitors were due at 5pm.  They were flying into Alicante, hiring a car then driving down.  However, the French air traffic controllers were on strike and they had a delay of almost 3 hours – a lot of this was sitting on the plane!  Sophie is Richard’s step daughter from his previous marriage (one of three sisters) and she was coming with her husband Mark and their sons Leo (10) and Rex (6). 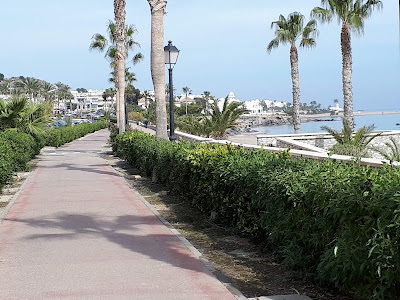 The delayed arrival did give us chance to give the villa a good clean and for me to catch up on the ironing and also spend a bit more time scouring the internet for properties for next year.

The family arrived at 8pm.  They were so pleased to finally be here but of course could only see our view in the dark!  I had made a lasagne, so we all sat down and ate that then the boys went to bed and we sat up talking but not for that long as Sophie and Mark was exhausted.

Everyone was up fairly early as I had anticipated!  Sophie and Mark marvelled at the view while the boys just wanted to get into the pool!  However, they had to wait as we were going out.

We went to Turre market where the boys just wanted everything!  Mark said he had €50 and wasn’t going to spend any more!  Eventually I left then to it and went to join Richard who was at a café.  As far as I can remember they bought a mass of olives and other things in oil (not my scene!), Leo had some trainers and Rex a Messe (Barcelona) football kit which is bright yellow so we will never lose him now! 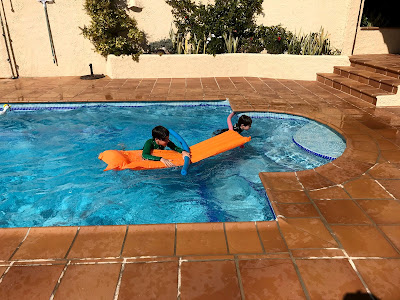 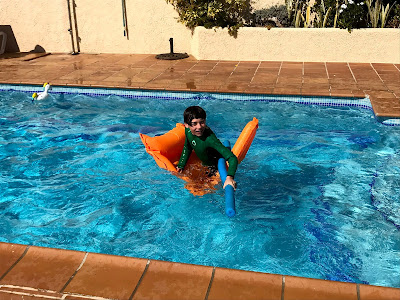 Back home for lunch then the boys were straight into the pool - I hasten to add that they had brought wet suits with them which was just as well as the pool was only 18 degrees.  They then went down to the beach

In the evening I made a chicken and prawn paella – it seemed to be a great success 😃.

Posted by Linda Gifford-Hull at 09:00