We went up to the Pueblo this morning.  Sophie took the boys off to buy a souvenir while we sat on the observation platform and drank coffee.  The boys came back with wooden rifles that shoot elastic bands.  I think it was a good choice as it wasn’t rubbish and were something they can play with.  We wandered the lanes of the Pueblo until we got to the viewpoint over the sea and the Playa.  The boys had a great time hiding round corners and shooting at usl!  The only problem was that the elastic bands kept getting lost. 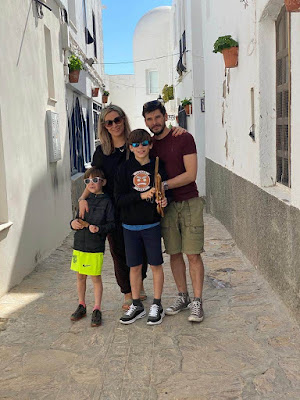 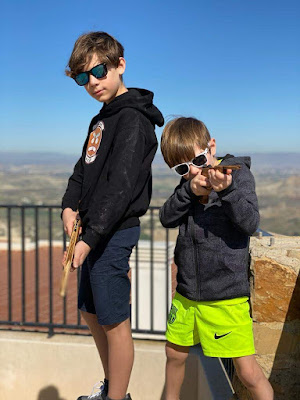 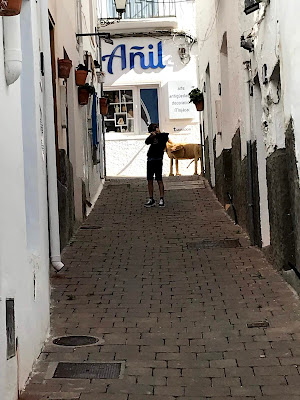 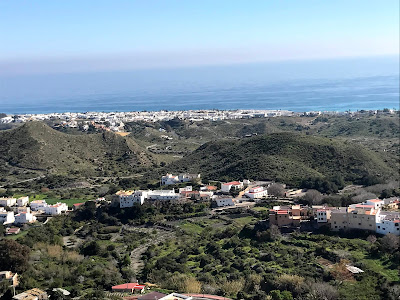 We went back home for lunch via the Euro Market to buy more elastic bands.  After lunch it was more beach and pool playing! 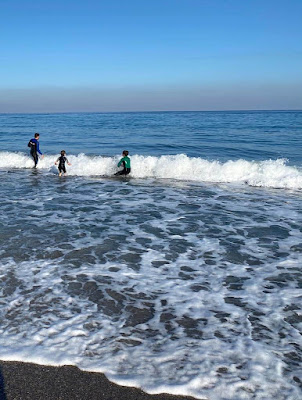 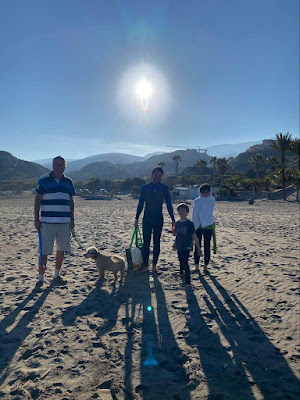 In the evening we went to El Gaucho for dinner.  I had had to choose somewhere that did pizzas as well as steaks.  The boys had their iPads (or similar) which kept them quiet and occupied while we were able to enjoy a nice meal and char,

We made a plan today to go up to the La Torre del Perulico at Macenas before some beach play and then an early barbecue.  However, I got a Messenger message to say that my passport had been found!  I wasn’t sure of when or where, but we went up to the Ilario Imperial Mojacar Pizzería which is almost up to Garrucha. I went in and asked for the person who had messaged me, but she wasn’t there, and no-one spoke English.  With the help of Google translate I managed to find out that it had been found by one of the waiters while walking his dog on Mandela beach which isn’t that far from us.  The dog had started digging and he had gone over to see what he was digging for and found my passport, it’s cover, a credit card (mine), my AA card and my driving licence.  Of course, the passport and credit card have been cancelled but I hadn’t spoken to the DVLA about my driving licence.  There was also a black passport cover, but it had been ripped up – there wasn’t any sign of Richard’s passport.  My passport cover was ripped but I don’t think I could have used it again even if it hadn’t been ripped.

On our way to the tower we stopped off at Mandela Beach to see if we could find any sign of where the dog had been digging but it is quite a large expanse of beach so it was like looking for a needle in a haystack. 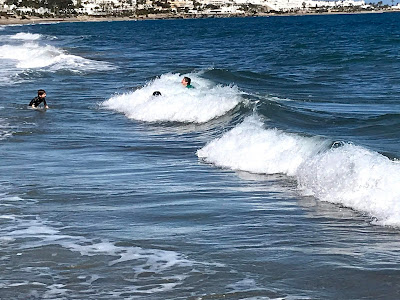 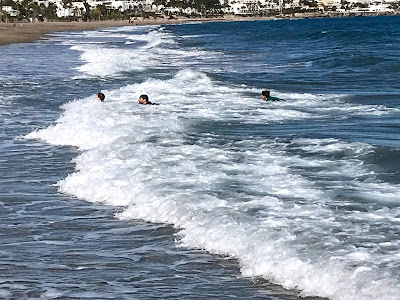 Back at the villa Richard and Mark did a lovely barbecue while Sophie prepared a super salad – I had a night off!  Mark cooked Dorado, prawns, calamari, sardines, sausages and burgers!  It was amazing. 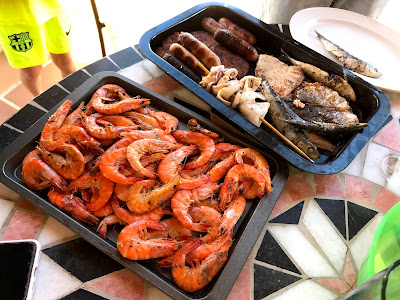 Posted by Linda Gifford-Hull at 08:56