Today’s outing was to go to La Bohemia for tapas.  However, when we arrived there was no room at the inn.  There are only four tables outside and two of those are high with high stools – not Jim friendly at all!  However, we did see all our boating friends who were sitting inside.  Martin and Cathy and Dot and Gordon had only just arrived, so it was nice to say hello to them.

We moved next door to La Cabaña where we had lovely beer and tapas.

We had a lovely sunset this evening. 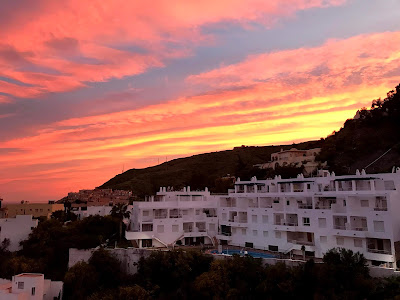 Today was Turre market.  We left Jim at home as he was tired – we had had 3 busy days.  Once in Turre we left Richard in a café and Penny and I went off mooching with strict instructions not to be too long!  I had seen some nice tops on my last visit and managed to get two at €10 each.  Penny bought one and a pair of shoes.  We thought we had been very good and not been too long, but Richard thought otherwise!

In the afternoon we went up to Bedar for afternoon tea at No 1 La Meseta a lovely guest house where we partook of a very English tea on a balcony in the sunshine with a magnificent view.  I had seen a post on Facebook before Penny and Jim arrived and had provisionally booked the tea.  No one else was that keen but I decided to confirm it.  Fortunately, everyone decided that it had been a great and very different idea. 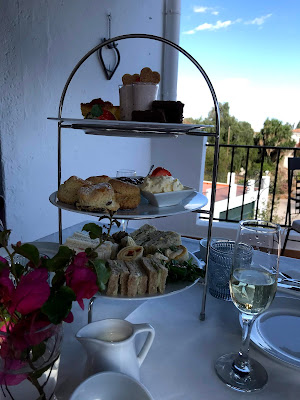 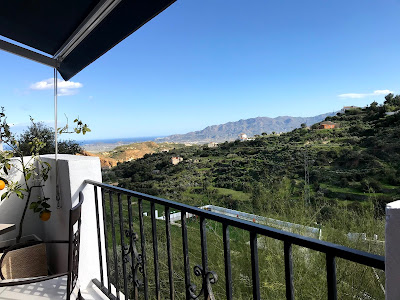 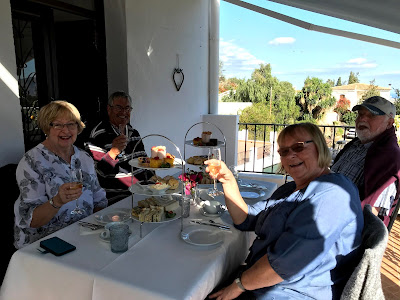 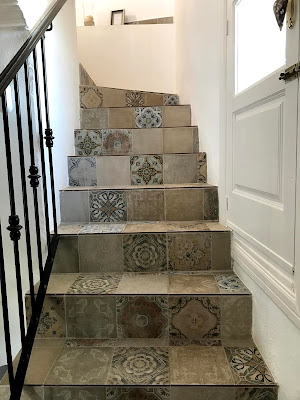 On our way back we stopped to look at a tunnel called the Cargadero Tres Amigos.  It was built to load material, mainly iron, which was sent to the tunnel by a cable system from the surrounding mines. 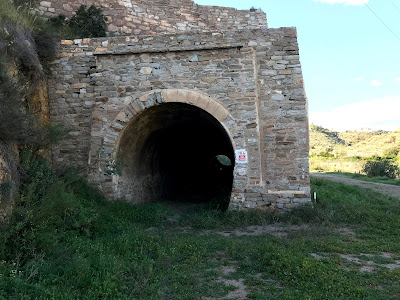 We were now on a roll doing the things we had planned – I had even put everything on the calendar!

Firstly, it was a visit up to the Pueblo.  We were able to drive right up into the town centre and park with Jim’s disabled badge.  We went onto the observation platform for a coffee then suddenly the square was inundated with high end motorbikes.  The noise of them coming up the hill was tremendous.  The bikes surrounded the car and we wondered if we would get out!  We did some gift shop shopping and went back to our coffee table where one person was always left with the dog.  Fortunately, most of the bikes left just before we were ready to go and as we left the square there were more motorbikes waiting to come up. 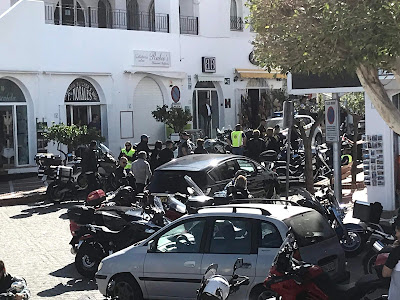 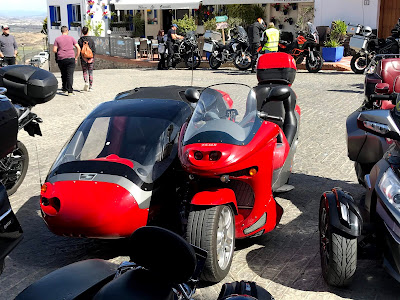 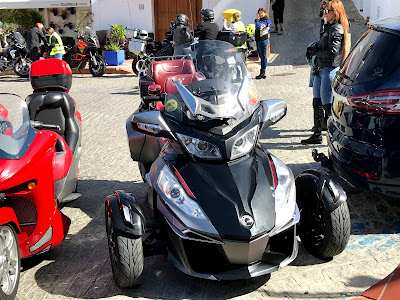 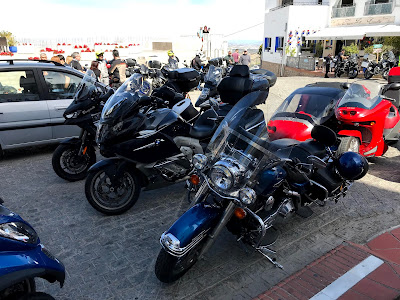 Some of the bikers were obviously delegated as stewards and they had “Angeles Guardianes” on their backs.  As far as can suss out they are an “Association of Motorcycle Policemen, seventeen years old, spread throughout Spain and with delegations Andorra and France”.  Their mission is to “foster friendship and solidarity between the different biker clubs, groups and associations that share our principles and hobbies.”

From the Pueblo we went down to the Chinese restaurant on the Paseo.  We sat outside, mainly as we had Muffin, but also as it was such a lovely day. We had a great meal.

Posted by Linda Gifford-Hull at 12:10