We had to go down to Almeria to pay Richard’s speeding fine. He was getting quite worried that it was going to be over the 21 days and was going to have to pay the higher fine of €300.

The rock formation along the roadside is amazing where it has been blasted out.  I wish I was a geologist so could understand what all the different layers are. 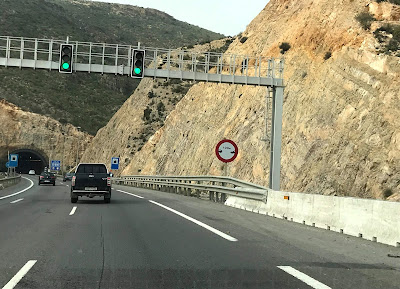 We set off with the relevant papers and my trusty phone!  Google Maps took us straight there and into an underground car park right by the DGT office.  We have found that the Spanish underground car parks were not built for modern day cars and we struggle to get the Smax in a space. The front of the car was sticking out and the car park attendant came and signalled to me to reverse back to the wall but the tow bar was against the wall so we couldn’t go any further back.

We went to a door in the DGT office and I showed the security man my Google translate which said, “I want to pay a speeding fine”. We gathered that we needed to go round the corner and once again I showed the security guard my phone and showed us where to go but we were faced with a room full of people and a check in machine which we had no idea what to do with!  Richard saw another security guard who, when shown my phone, directed to us to desk 4 where we were able to pay the fine. Honestly if we hadn’t had Google we would have been stuffed as it appeared no one spoke English. The currency card worked, the police letter with the photocopy of Richard’s passport worked and it was still only €150.

I’m sure Almeria is lovely, but we just wanted to get out!  So, we headed for Roquetas del Mar. It was nothing like either of us had expected - kiss me quick hats and so on!!  We parked at Playa del Romanillo and walked up the paseo to the marina. The beach is really long - not sure how long but there wasn’t any sand just tiny stones.  We walked past the marina and to the Castillo de Santa Ana – a fortification built between the 16th and 17th centuries.  It was used to protect the few inhabitants who populated the town at that time, and the local salt production, as they were besieged by pirates and privateers. The 1804 earthquake destroyed most of the structure, and only one of the towers survived along with the raised level area, which has been conserved and recovered. In 1985 it was declared Bien de Interés Cultural by UNESCO.

It was a lovely afternoon – something we really needed after all that had happened. 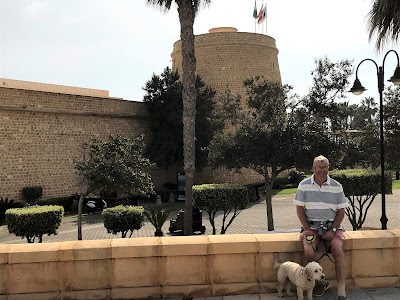 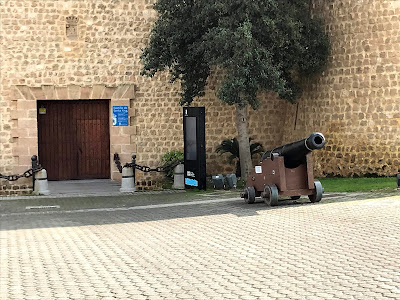 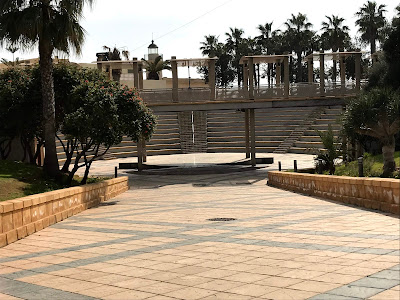 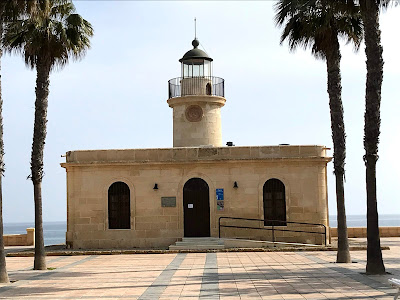 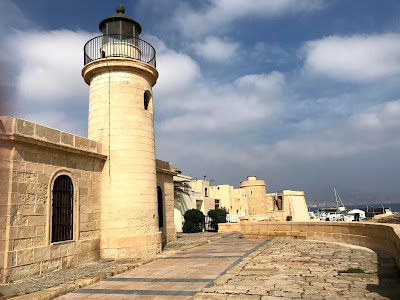 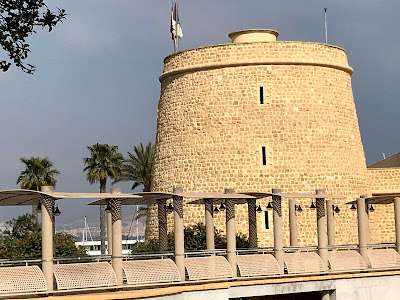 Posted by Linda Gifford-Hull at 09:33