Mark, Sophie and the boys left after breakfast.  The villa was so quiet ☹  We had a wonderful time with them and, hopefully, they will join us again next year.

My amaryllis is looking amazing now. 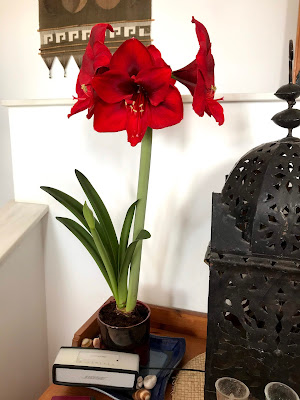 I spoke to the DVLA and my driving licence is still valid, so I was able to send in the second insurance claim.

We then really had to address the problem of our car needing an MOT before we get home.  I rang the car insurance company and they firmly said that once April 1st dawned our car will not be covered.  So reluctantly I had to change the ferry and hotel bookings.  There was no charge for the ferry, but we have lost money on the hotels.  Richard is cross with himself as he just didn’t think about it or at least when he did think about it, it was months away!

My new saucepans arrived today from Amazon.  I am thrilled with them! 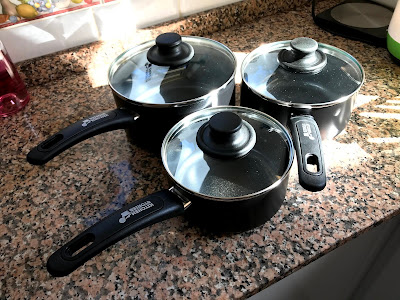 I messaged Sue in the morning and asked if they would like to meet up for tapas.  As we needed to go to Garrucha we decided to meet there.

Muffin is starting to get rather curly and with the very warm weather we decided he needs a clip.  Last year we met a man with a Cockapoo who had a lovely clip and he told us where he went.  So off we went to the Veterinary Clinic in Garrucha where they have a pet stylist, Louis!  An appointment was duly made for Monday.

We met Sue and Andy and walked up to Mar Bella where we had a lovely lunch with lovely friends.

On our way back to the villa we stopped at Mandela Beach again to have a second look for Richard’s passport.  However, all we found was this, what looks like a car bumper, with little “things” clinging to it! 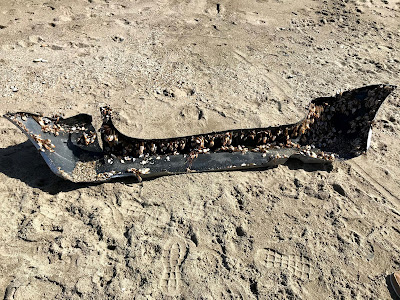 During the afternoon I received an email from Sentinel, the second insurance company to say that everything looked good and we should expect a cheque in full in 7 to 10 days!  Nothing from the other insurance company!

We had some housework to do as Penny and Jim arrive on Thursday.

We had been quite lucky in our search for somewhere to stay next year and had whittled it down to two which we were going to see today.  We have decided that we really want a villa with having Muffin.  An apartment isn’t really conducive to having a dog.

Our first visit was to see Casa Tina which is even further up the mountain than we are now.  We didn’t hold out much hope for it but were pleasantly surprised when we saw it as the photos on the website really don’t do it justice. 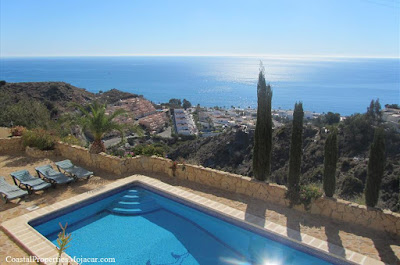 The second villa we went to see was Casa Pace which sits high on the mountain with the most amazing views.  The owner, Chris, is a lovely lady who offered us a glass of wine and nibbles overlooking Mojacar. 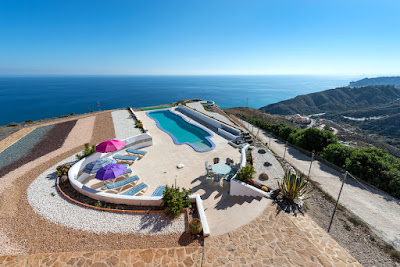 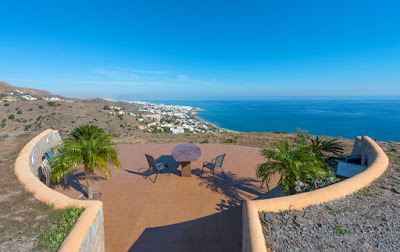 On our return to the villa we had to make a decision as to which villa we are going to have for 2021.  In the end we chose Villa Tina – for us it is the most suitable though they are both lovely.

We went to the Chinese restaurant for dinner.