We are back and out on our belated, and much reduced, summer cruise.

Since my last blog in the middle of March (but only posted at the end of March) we have obviously been in lock down at home.  For us it has been quite weird being at home for so long in the summer but we have both got on with our ‘to do’ lists and have finished them – well I have one thing left and that is to sort out our wedding photos from 8 years ago! 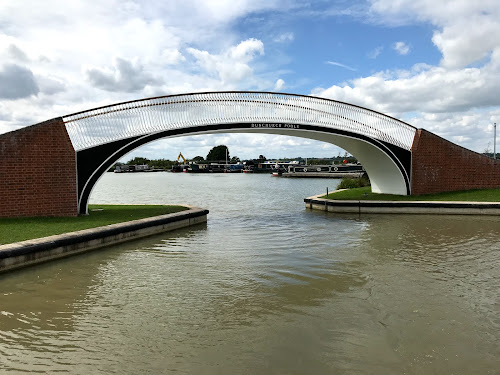 Sadly, I lost my wonderful Step-Father, Richard the Elder, to Covid on April 11th.  He had had a fall and broken his hip and caught the dreaded disease in hospital.  Once diagnosed he went downhill very quickly and died within days.  He chose not to have any intervention as he felt that, at 90, it was his time to go.  My Step-Sisters, Sara and Emma, and my sister, Penny all miss him immensely.  He had been in my life for 40 years and was really more of a father to me than my biological father.  For my children, Robert and Victoria, he was their grandfather and they also miss him greatly.  Sara, Emma and I have been clearing out Richard’s flat hence our later than expected start to our cruise.  We finally finished on Sunday when I shut the door on the end of an era.  My Mother died in April 2015 so I was shutting the door on both their lives.  Time will heal and I know that neither my Mother nor Richard would want us to grieve for ever.

So here we are back on Mary H for about six weeks.  We arrived back yesterday afternoon and unpacked and soon had the boat ship shape and Bristol fashion!  (I’m back to looking things up, and that phrase means in good and seamanlike order with reference to the condition of a ship. The expression had its origin when Bristol was the major west coast port of Britain at a time when all its shipping was maintained in good order). This morning we had a click and collect at Sainsburys in Rugby, though I’m not sure why I did it as I still had to go into the store to get the things which had been substituted!  I wish I had taken a photo of the boat when we unpacked everything.  Each year on our big shop we always wonder where it is all going to go but within half an hour you wouldn’t know we had been shopping!

We left the marina about 2pm and cruised down to Midland Chandlers where Richard wanted a couple of things.  We then turned west, and I thought we were going to moor at Bridge 100, but the skipper had other ideas and we ended up somewhere around Bridge 103.  We had no internet and no TV (though we later found out that the aerial plug had come out!) 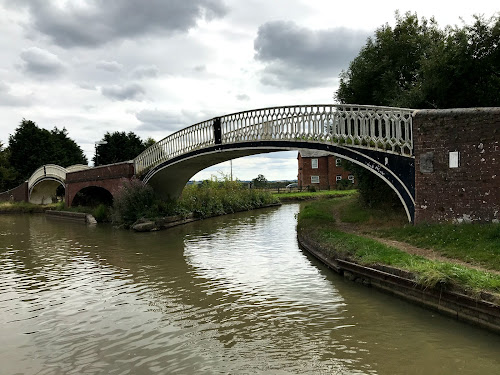 Since we have been summer cruisers, I have used Water Explorer and Navvygator to track and record our route.  About five years ago I had to replace the GPS receiver but was able to do so after our shake-down cruise.  But as this is the first time I have been to the boat this year I was frustrated to discover than the present receiver has given up the ghost.  I’ve looked at other options where I can use the GPS on my iPad or iPhone but have decided to order another receiver which, hopefully, I can pick up at an Amazon Locker in Banbury.