We did an unheard of thing this morning! We got up at 7am and were under way by 7.15am! The canal is very busy, and we thought it might be a good idea to get to the bottom of the Napton flight early.

Richard got going while I showered and made some breakfast.

As we passed Napton Narrowboats we noticed that all their hire boats were out – we have never seen that before. There is nearly always one or two there. 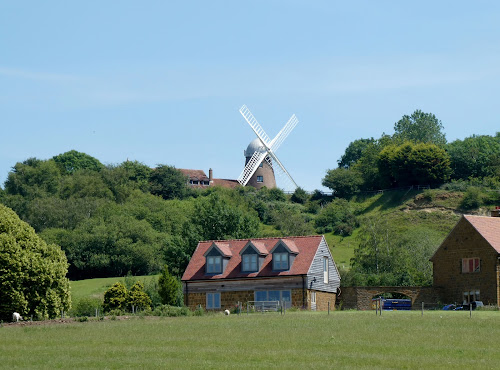 We got to the bottom of the flight at 8.40am and, as there was a boat coming out of the lock, we started off at 8.45am. Almost every lock had a boat coming down and we certainly didn’t have any against us. Most of the boats out were hire boats with maybe two privately owned ones.

Everyone was chatty and one lady told Richard that they had picked up their hire boat at Gayton and were doing the Thames Ring. They started off by heading north and then going down the South Oxford, along the Thames and then up the Grand Union. When they neared Lock 71 they heard that it was closed! They phoned the hire company who told them to keep the boat for another week and go back the way they had come! 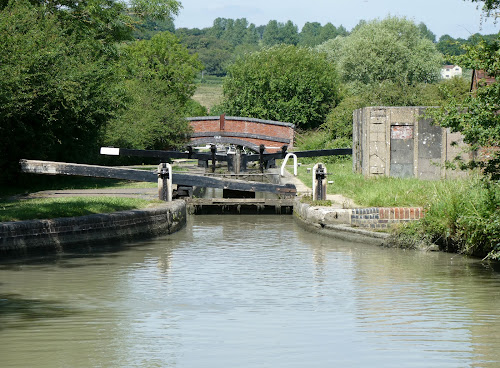 I had done the steering up the locks as I have developed plantar fasciitis which is very painful when I walk. I think this summer could be rather problematic for me ☹

We were aiming for another of our favourite spots which is Ladder Bridge. As we cruised along, we came across Wine Down with John and Elaine. They also moor at Dunchurch Pools and on the same pontoon as us. But the weirdest thing is that they live on Hayling Island too!

We passed the HS2 works. Last September there was one pile of earth but this year there are two and they are huge! Goodness only knows where it has all come from and what they are going to do with it. 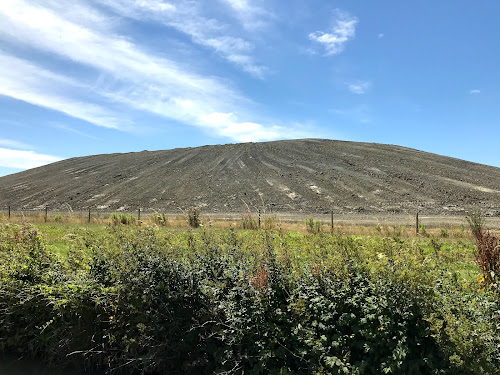 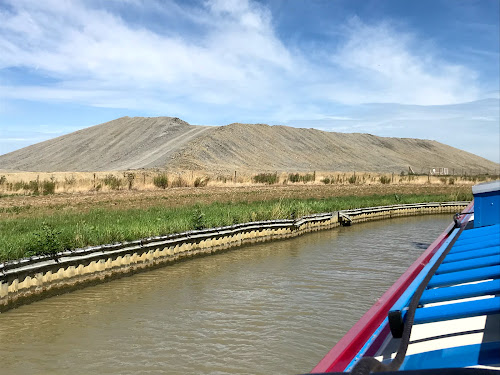 As we were early Richard had the pick of the spots with a view so we moored up carefully to make sure we had the best view. (Guess who forgot to take a photo!)