It was a bit windy during the night and there was a bit of banging going on.  We are quite exposed where we are, so I guess that is why.  (I’ve just read this sentence back and I hope no one reads anything into it that isn’t meant to be there!)

I needed to pop into town to go to Waitrose for a few things for tomorrow.  There is a “rustic” market on a Saturday and there were some lovely things and gorgeous looking cakes, but I resisted.  There was a small queue for Waitrose but not as bad as a fortnight ago.  I’m cooking Hoisin Chicken with Noodles this evening, so I needed a few speciality items that were not in my larder. 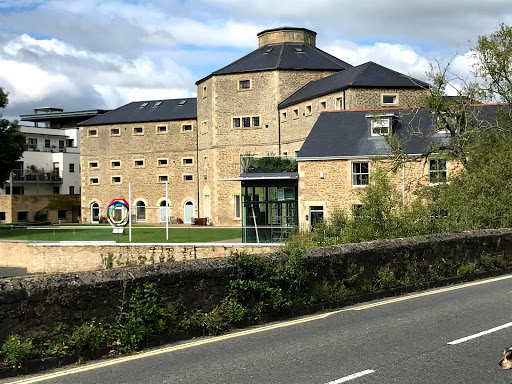 The old Abingdon jail was closed in 1868, but in its time, it was a prestige building, but no one had ever considered it beautiful. Its ugliness had been cited against it in at least one of the Quarter Sessions debates. But demolition would cost money, which no one seemed to have seriously considered spending. For many years it functioned as a grain store. Some of its subsidiary buildings had become slum dwellings and were demolished in the 1930s. During the 1970s it was partially rebuilt as a leisure centre. It is now the Old Gaol Luxury Serviced Apartments but even Covid has got in here as they are not doing short term lets only medium term ones.

In the afternoon, no I didn’t do any Ancestry, I gave the loo a good clean, made a large shepherds pie for tomorrow and cooked up some apple and blackberries!!  Someone had mentioned on Facebook this morning about cleaning a plastic loo with a solution of white vinegar and bicarbonate of soda.  I had the white vinegar and got the bicarb from Waitrose.  The mixture fizzed like mad and didn’t smell that nice and I would like to say that it worked really well, it did work a bit, but not completely.  Oh, the blackberries, Richard had picked them from the Thames Path on Thursday when we were moored at Clifton Lock.  I was surprised that no one else had been there already.

Richard wanted to go to the chandlery under the bridge to get some loo bloo, but they appeared to be shut.  So, what should we do?  Order off Amazon and get it delivered to an Amazon locker at Oxford Station!  It should be there on Monday.

There are a couple of fishermen fishing just behind us.  What happened to the days when you went to the river with a rod and some nasty squirming things in a tin?? 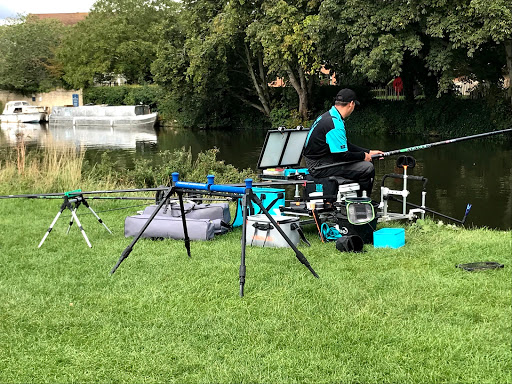 Usually when people come to visit us, they are laden down with goodies I have had sent to them, usually from Amazon.  My son must be the lucky one as all he has to bring is a kilo of dry food for Muffin!  We buy the food in a large bag and Richard thought that he had weighed out enough but it is looking a bit marginal, so my daughter dropped some off with my son and, hopefully, he won’t forget it tomorrow!

We are moored almost opposite the Abbey Meadow Outdoor Pool and usually at this time of year there are screams and shouts coming from the children in the pool.  However, it is a sad place this year.  It is all shut up and is eerily quiet.  The Vale of White Horse District Council website says that the swimming pool will remain closed this summer due to covid-19 restrictions.  Well that is what I expected I guess but it’s still sad. 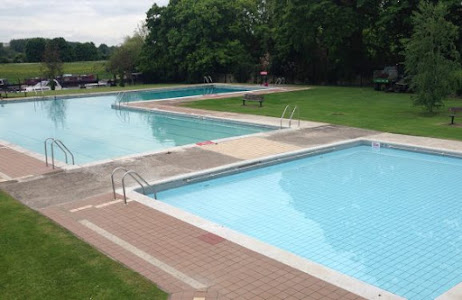 I was just doing a video message with my son and his family when a boat I recognised went by.  It was Jannock with Graham and Brenda on board.  Graham is the Treasurer for Cutweb, and I am the Secretary.  We have communicated many times but never met.  They looked for somewhere to moor but there wasn’t anywhere, so they came alongside.  It was quite late, but we had a nice chat then we all went down below for our respective dinners.  The Hoisin Chicken with Noodles was really delicious.

Posted by Linda Gifford-Hull at 09:11