What a difference a day makes 😊 We woke up to blue skies and sunshine. We wanted to get away early as there is a gale coming in tomorrow, so we won’t be moving far and we needed to get a few miles under our belts – we weren’t the only ones. 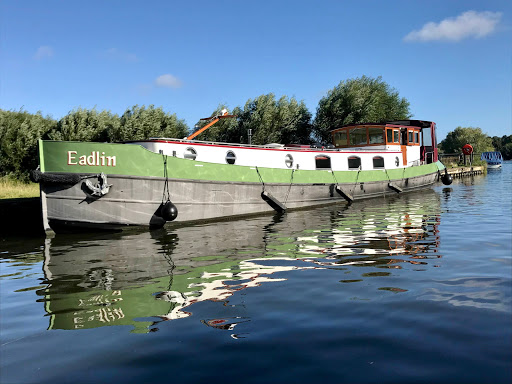 We left our mooring just after 8am and motored down to Cleeve Lock where we took on water. The Lockie had just come on duty so he saw us through after a most beautiful modern Dutch barge who took up more or less the whole lock! 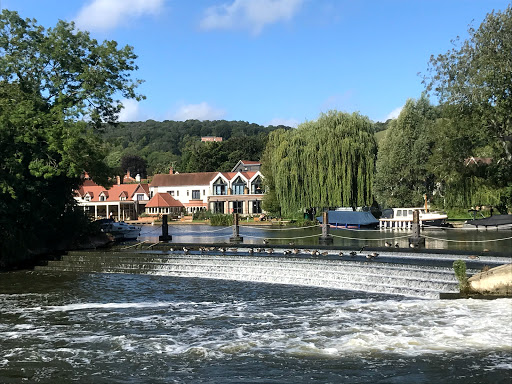 Goring Lock is only a short distance away from Cleeve. The Dutch barge was going in and there was just room for a motor cruiser. I was operating the lock as the Lockie said he was really busy and would I mind doing it! They went down, the lock was empty on the way up then it was Mary H’s turn and a hire boat came in behind us. I lowered the water level (that sounds good doesn’t it?) and the two boats came out. A narrow boat came in and I shut the gates behind him but the sluices wouldn’t go down so I opened the gate a little bit then shut it again and I got shouted at as a very large motor cruiser was almost nudging the gates. I have to admit that I hadn’t seen him, but it was a bit presumptuous of him. We dumped the rubbish under Goring bridge then set off down river again. 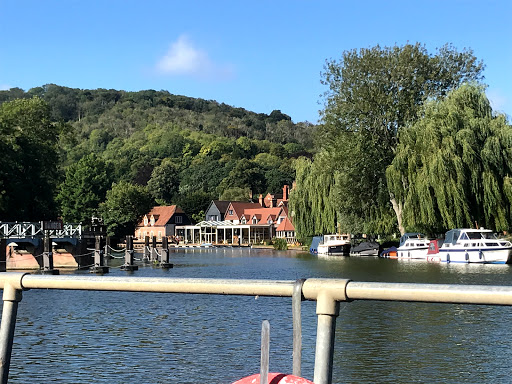 At Whitchurch Lock I was down below, and Richard was holding the boat on the lock waiting pontoon. Suddenly all I could hear was a bow thruster going on and on and on! Then a voice said, “are you waiting to go in the lock”? What else did she think we were doing???

I had been so behind with the washing that I wanted to get two loads done today - the first was the underwear. I have a couple of IKEA “octopuses” or Pressa as they call them, which I hang in the cratch with the clothes pegged on, but there was such a strong cross wind that I was really worried they would take off but by the time we got to Mapledurham the undies were almost dry. With the “octopuses” put to bed I was able to peg out t-shirts three by three – they didn’t take long to dry at all. 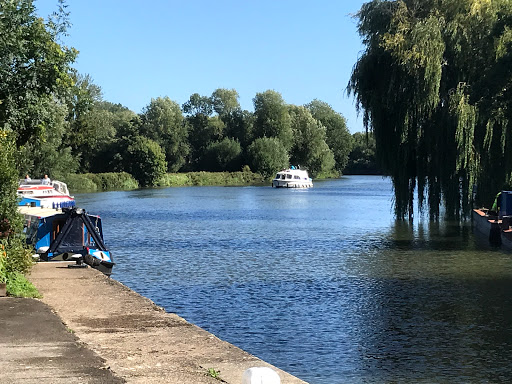 Richard had the lovely job of emptying the elsan cassettes at Mapledurham then I had the job of lock keeper again! I managed to get two motor cruisers, two narrowboats and a pretty day boat in 😊

Caverhsam Lock was its usual chaotic self! It is far too small. I did the lock with a lady who owns that part of the Thames – or at least I’m sure she thought she did! There was a hired wide beam in front of us and it was their first lock, so we got them and a large hired motor cruiser in the first lock and then us and the know-it-all lady in the next lock. Mrs Know-it-all was operating the upper console of the lock to fil the lock. But for some reason she closed the sluices as the lock was filling and then pretty quickly opened them again. The trouble with doing this is that the sluices start their opening procedure all over again. She then spent the next few minutes saying that she had no idea why the lock was taking so long to fill – she obviously didn’t realise that I had seen what she had done!

We stopped at Tesco in Reading. It is so much better for mooring now that all the liveaboards have been moved on. We have visitors over the weekend, so I needed to shop for them but when I got back to the boat I realised that I hadn’t bought any non-alcoholic drinks so I had to go back again. 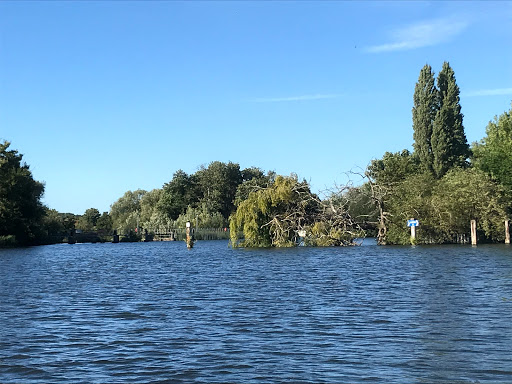 Down to just before Sonning Lock to moor up until Saturday morning as there are some strong winds coming in.