What a horrible day. We had been warned that it would rain all day and they weren’t kidding! I felt so sorry for the hire boats who plodded passed us with umbrellas up or just getting wet. There were a few private boats too but maybe they were on holiday and had to get home to go to work. 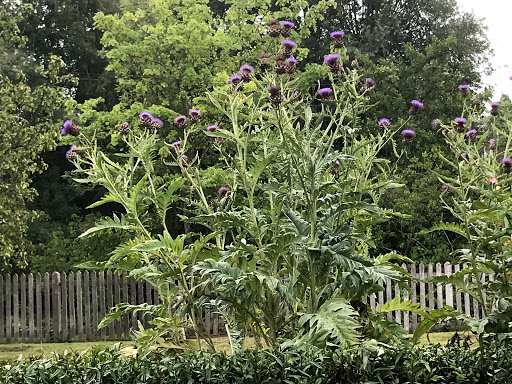 I can’t remember which lock I took this at!

Go to work – what’s that! We have been retired for 10 years now and, as so many people say, we don’t know how we had time to go to work! In the 10 years we have been summer cruising we have done most of the inland waterways, including the tidal Thames (on more than one occasion), tidal Trent and Ouse, crossed the Rivers Ribble and Mersey and gone down to tidal Severn. There is just the Wash to do now but I doubt if we will ever get round to doing it.

It really did rain all day and was very grey. Richard was watching the river stream getting stronger – personally I couldn’t see any difference! 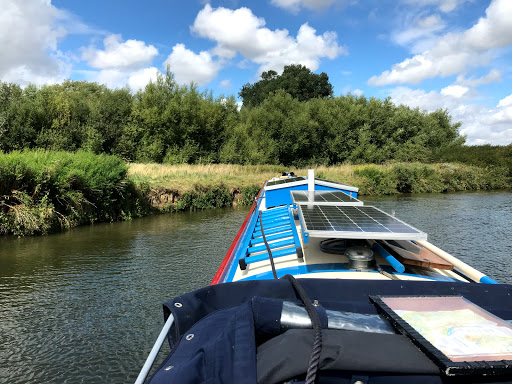 I can’t remember if I wrote about the fact that I had asked a genealogist in Liverpool to try and find something out about one of my great uncles. I had his birth then he seemed to disappear off the radar. I was getting very frustrated and, in fact, it was cheaper to pay a genealogist than to make a trip to Liverpool! Anyway, I got Rachel’s report today and it made for sad reading. John George married in the April of 1914, his son was born in the August and John was killed in action in Belgium in October 1914. His body was never found. There was also a war diary from the 2nd Life Guards which made for quite distressing reading. It would appear that there were very few survivors from the 2nd Life Guards.

We aren’t far from Moulsford railway bridge where we moored overnight last year. It is at a very strange angle across the river and, apparently, it is called a skew bridge. Wikipedia says “the original Moulsford Railway Bridge was built between 1838 and 1840 and was designed by Isambard Kingdom Brunel for the main route of the Great Western Railway. Built to carry a pair of broad gauge tracks across the Thames, it consists of four low semi-elliptical arches spanning the Thames at a considerably skewed angle of 60 degrees. During the 1890s, a second bridge was built immediately parallel to the original structure, enabling the railway to be expanded to a quadruple track configuration. The bridge was subsequently recognised as a Grade II* listed structure.” (Photo courtesy of Where Thames Smooth Waters Glide) 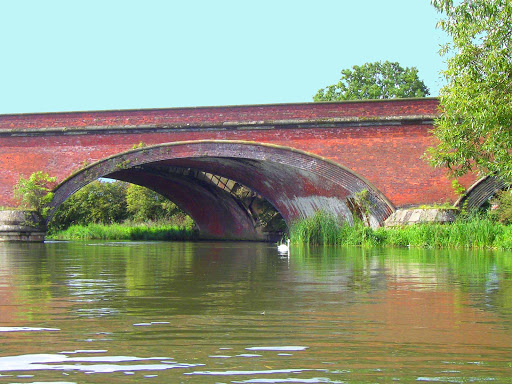 I forgot to say the other day that on the Abingdon Lock Keeper’s door is a sign saying that he is recovering from Covid and only working 9am to 1pm. He must have been hit quite hard but the nasty virus.
Posted by Linda Gifford-Hull at 11:25