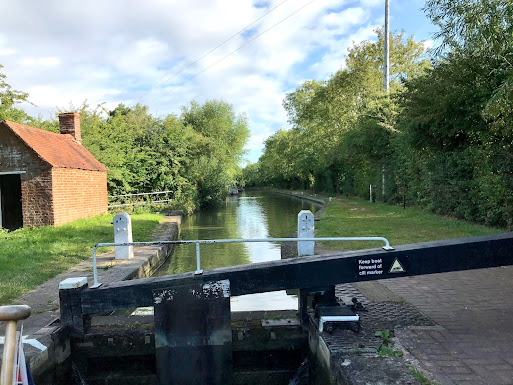 We had seven locks to do today and Richard felt that with the amount of traffic on the Claydon flight yesterday it might be best to get away early. However, when we got to the first lock there was a boat, going our way, already in the lock. He hadn’t gone passed us so must have been moored in front of us. Then there was a boat coming up. Three generations, Granny, Mum and son. They had left from Banbury this morning - they must have got up REALLY early – like 5am! 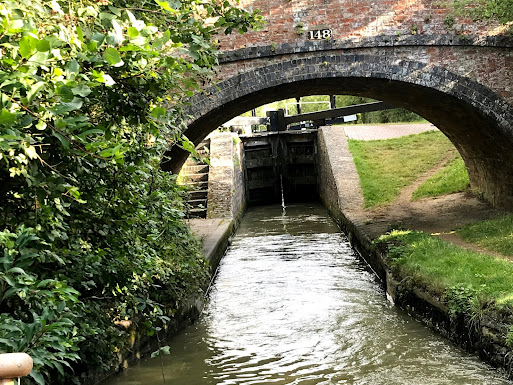 All the locks were against us but after yesterday I guess we shouldn’t complain. At Broadmoor Lock there used to be someone who made fenders and sold the odd thing from a hut and a caravan. Now there is a very smart house which is almost complete. The photo isn’t brilliant, but I guess they want some privacy! 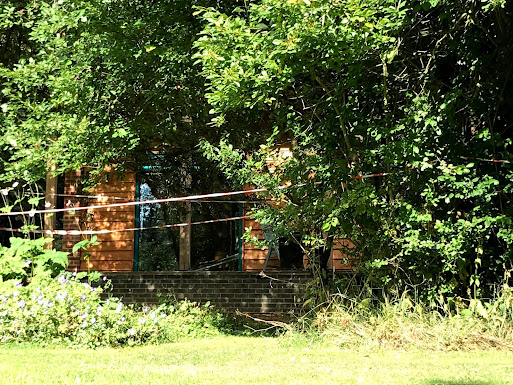 Cropredy was a bit chaotic as usual. There was a hire boat coming up with three couples on board. There seemed to be masses of people around the lock helping and as the boat pulled out of the lock the three wives/partners started jogging along the towpath while their menfolk took it easy on the boat! However, it was time for the good souls of Cropredy to go to Church and the church bells started to ring. Something I haven’t heard for a while and it was a lovely sound even though they weren’t the best campanologists! 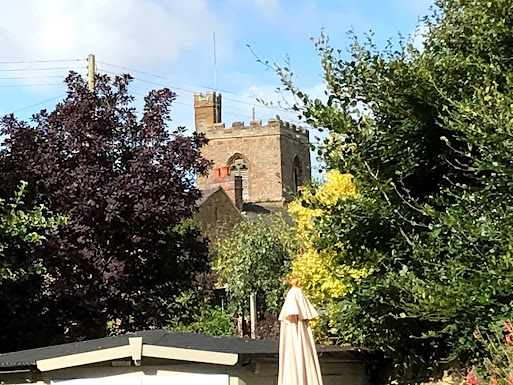 Cropredy Church Bells
Richard wanted to empty the toilet cassettes but there was already someone on the service point, so he stopped the boat on the opposite side of the canal, walked the two cassettes over the bridge, over a gate and then dumped the unmentionables! I, meanwhile, had to hold the boat on the centre rope as there wasn’t anywhere to tie up. The chap in the boat behind us was watching very carefully making sure that I didn’t let Mary H go backwards into his boat. For goodness sake it would have only been fender to fender and then only gently.

At Slat Mill Lock there was a queue with two boats in front of us, but we finally got through and headed into Banbury. I guess Sundays are a busy day on the canals!

We had planned on mooring at Spiceball Park, but I kept saying “just a bit further” until we realised that we were opposite the bakery and Richard didn’t want to stop right next to the humming of the machines. We went on and finally came to rest almost under Tom Rolt Bridge. We are still beside Spiceball Park but right at the end. 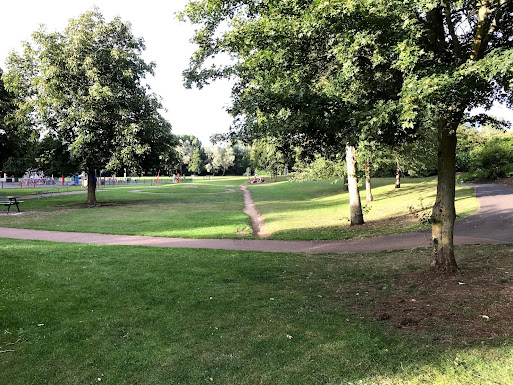 This is our view from the bow! 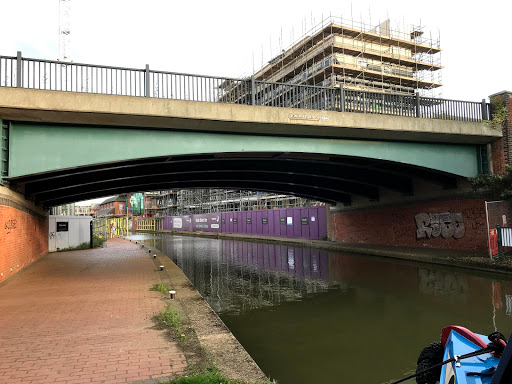 We had a visitor this evening. Maffi (Millie M) and Molly (the dog) called round for a socially distanced chat. He has been moored at Tooley’s Boatyard since December. It was really nice to catch up with him again.

Posted by Linda Gifford-Hull at 11:52