Up and out at 9.15am. The traffic on the canal seemed to have dwindled as no one had come passed us. Up to King’s Sutton Lock and there was a boat coming up.

Nell Bridge Lock was full so no waiting there. Last year I commented on the sad state of the lock cottage here but today I noticed that it now has new windows, and someone is living in it. There is still a lot to do on the outside.
This year 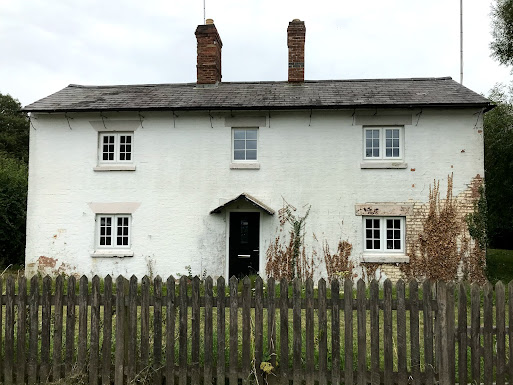 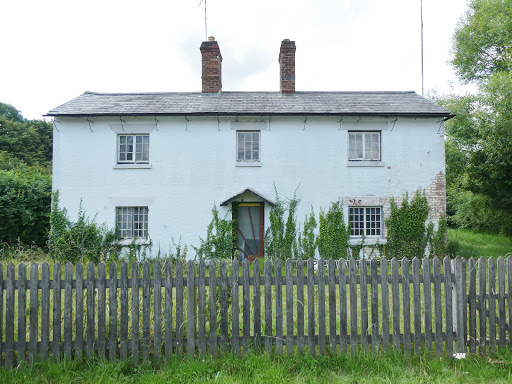 There was someone in Aynho Weir Lock, the first hire boat we have seen today.
The moorings at Aynho were empty! We had thought about making that one of our stops but changed our minds as with the amount of traffic on the canal we might not get in. I’ve just checked the Great Western Arms’ website and they are closed on Mondays and Tuesdays so maybe that is why Aynho was so quiet!

It was very windy just above Somerton Deep Lock and I almost lost control of the boat as she was being blown towards the spillway, but I didn’t panic and saved the day! It was one in and one out at Somerton – I think if we had tried to do it yesterday there would have been a long queue but there wasn’t a problem today. 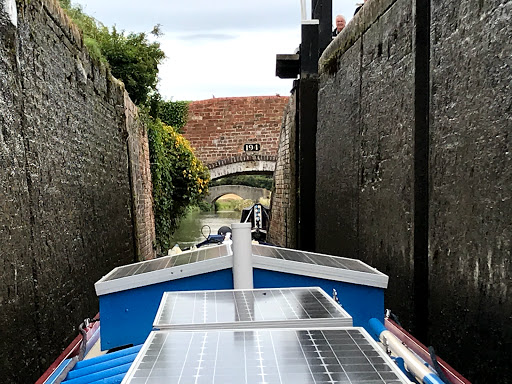 We had thought about mooring up for lunch on the meadow opposite Somerton Wharf but there were far too many cows in the field for our liking plus there was a large bull! There seem to be quite a few boats permanently moored there too. However, it was lovely to see a cow with her calf suckling happily 😊 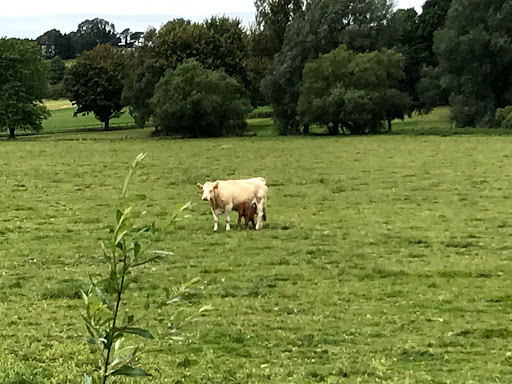 We finally moored up for lunch just after Somerton Mill Bridge and debated about staying put for the rest of the day but, heaven help us, there was no internet!!
We moved down through Heyford Common Lock and stopped just before Bridge 203 which is called Double Bridge. I wonder why???

As we were sitting out in the shade (yes it was quite hot in the sun) a chap passed us saying that Mill Lift Bridge was stuck in open and he was going to see what was going on. At least it was stuck in open we thought until the chap came back and said that the residents were trying to get it down so they could get their cars through. At 9.30pm we got an email from C&RT saying that the bridge was closed until further notice. I wonder what tomorrow will bring!

Richard did a barbecue this evening. We had planned for one last night but there was too much dried grass about, and he didn’t want to start a fire!