I had hoped to go upstream, but Richard wanted to go downstream. I’m afraid that I was outnumbered when it went to the vote as Muffin always sides with Richard!

I had had a good night’s sleep but felt so rough when I woke up – I guess my body was so used to bad night’s that it was rebelling against a good night! I think the grey day didn’t help though.

I took this photo the other day from our Swinford Manor Farm mooring but it’s going in here as today we said goodbye to Swinford Bridge. 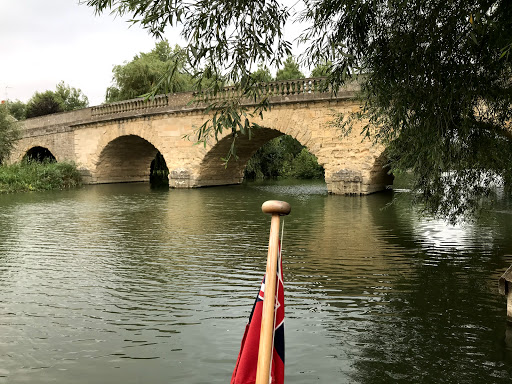 We set off downstream and were soon at Eynsham Lock where we topped up with water and did the necessary emptying. The Lock Keeper was on duty and, even though it was such a miserable morning, was as cheery as usual. 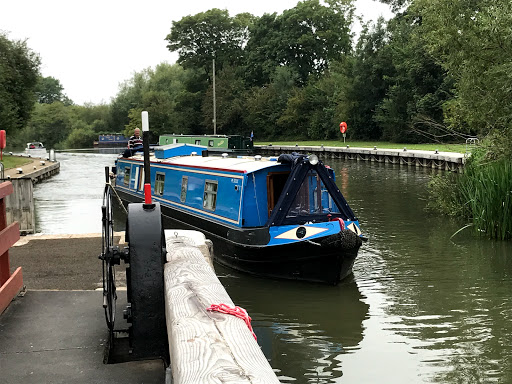 King’s Lock was on self service and I was just about to shut the second gate when a small motor cruiser came round the corner. It is always nice to share a manual lock. I love this dragon. Over the years I have seen it disappearing more and more into the undergrowth! 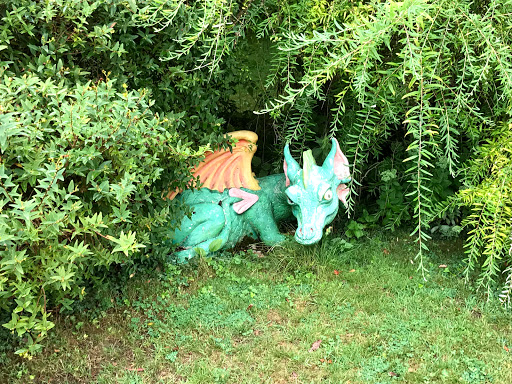 Godstow lock was also on self service but it is an electric one so was easy peasy.

I wasn’t sure where Richard was going to moor but there was one 60 foot mooring at East Street so we grabbed it. It is definitely an interference fit.

After we finish lunch Muffin is allowed up on the dinette seat as a treat, but Richard noticed a definite agricultural smell about him so it was straight into the shower to make him a nice smelling boy again – Muffin that is not Richard! Muffin is so good, he sees Richard getting out a towel and then the shampoo and just gets into the shower on his own!

I had done the washing on our way down to Oxford but couldn’t find anywhere to dry the masks which we had used recently, so had to make do with the open window! 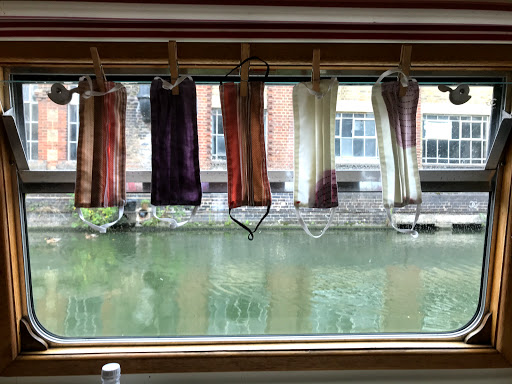 We decided on Dominos pizza for dinner. We have done it before and put a note on the order to say that we were on a boat opposite 17 East Street. We saw the delivery man arrive but by the time Richard got outside he had already knocked on the door and the resident was just opening the door! We were determined that wouldn’t happen again, so Richard was standing out in the road waiting. The resident came out of the house to get something out of his car and he and Richard got talking and Richard explained what he was doing lurking outside the poor man’s house! The resident very kindly offered to bring the pizza over to us! However, the delivery man arrived and gave to boxes to Richard and all was well. The pizzas were good too 😊