Today was supposed to be wet and horrid but the morning was fine though very muggy.

Three narrowboats and a Dutch barge came passed us and then Richard decided we would go, I could foresee a long wait at Osney Lock but, in fact one, boat turned round and we were waved into the lock to go alongside one of the other narrowboats. The Dutch barge then tried to get in behind us but Osney lock is only 113.8 feet long and apparently has a 15 foot cill, needless to stay he didn’t fit in!
We passed the Salter boats at Folly Bridge where there were five all tied up and looking very sad. Their website says, “We will not be able to offer any of our scheduled services this summer or our short trips.” 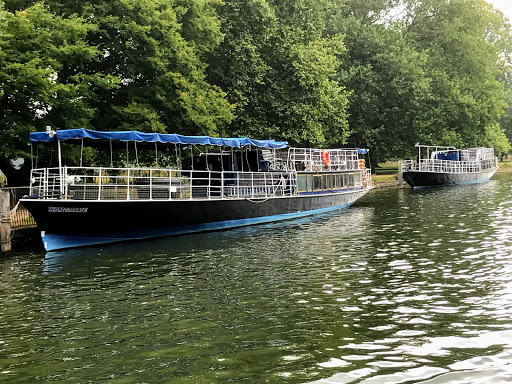 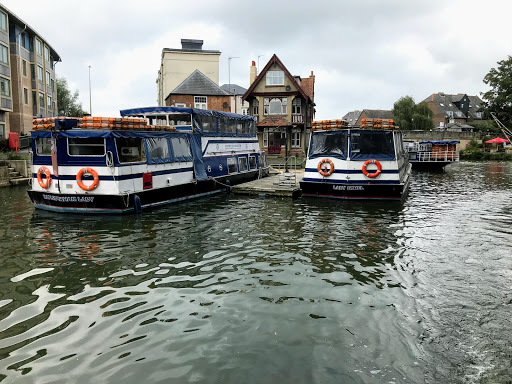 At Iffley Lock our lock buddies from Osney came in followed by two day hire boats. One was a family who seemed to know what they were doing but the other was a group of people having a boozy time and had no idea what they were doing. They had already crashed into us once! The laughter was rather infectious, but I wonder how they were going to manage on their return journey when a few more bevvies had been sunk! I was glad there was a Lockie on duty as he was able to help them. 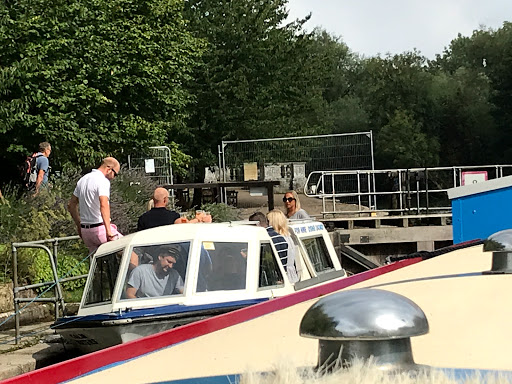 Sandford Lock was also manned and once again I was relieved as the laughter from the day boat had gone up an octave! One of the gongoozlers commented to the Lockie that he had a lovely lock house and he replied that he didn’t live there, he was a floating Lockie. He then went on to say that actually he only became a Lockie on Tuesday and Sandford Lock was only his second lock!! We would never have known!

Down to Abingdon Lock where we lost all our lock buddies – no idea why! We could see from the lock that there was one space left so once released, we were like a greyhound after a rabbit, we set off to grab it BUT there was a boat coming up! He didn’t look as if he was going to stop but suddenly threw on the anchors and reversed into the space. However, all was not lost as we had already passed a space so Richard neat a pirouette and we grabbed the last space. 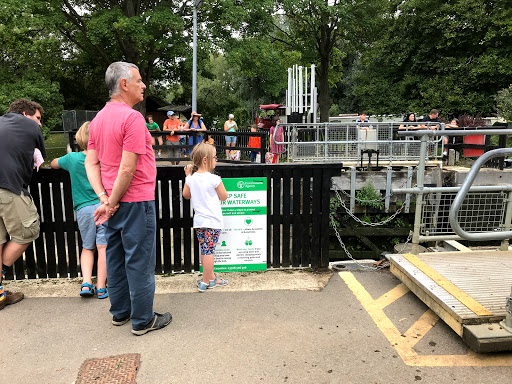 I had been threatening to go to Waitrose all afternoon and finally about 3.15pm we set off towards the lock, where there were hordes of people – I counted 17 people coming towards us over the lock gate after it closed. When we got to Waitrose is was about 3.35pm and there was a queue of people waiting to go in – my first shopping queue! I got the milk and bits I needed, and we walked back via the ice-cream van! 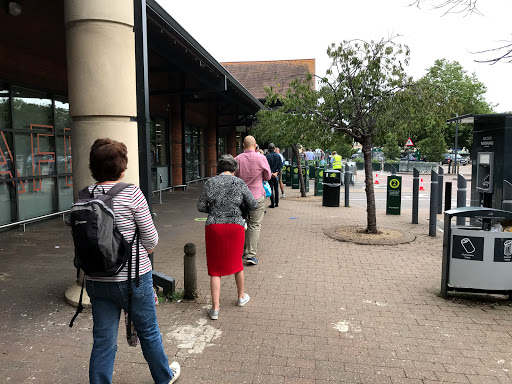