Last night, while we were watching TV, there was a terrific bang on the side of the boat away from the towpath. I was worried that someone had shot at the boat, and Richard wondered if it was a catapult. This morning Richard walked along the gunnel but couldn’t see any damage but maybe we will find something when we can get that side alongside the towpath.

We had decided to stay here at Abingdon today as the weather forecast wasn’t good, we had an early rain shower but then the sun came out. The rest of the day was mainly dry and sunny with the occasional heavy shower.

Muffin found a stick or is it a log?! I really didn’t think he would be able to get it in his mouth, but he managed it! 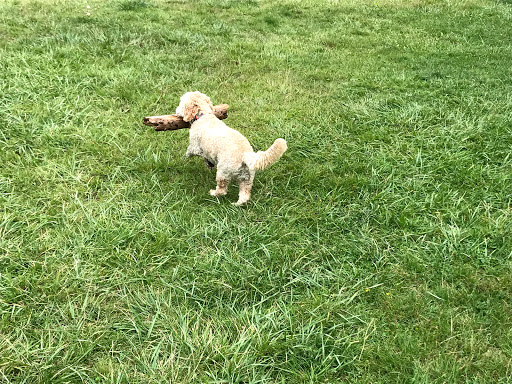 We really did very little today. Reading and researching a round the world trip – well I can dream can’t I??!!! But we are hoping to go “down under” in 2023. However, no Ancestry. I’m not sure why.

For dinner tonight I cooked pulled pork. To start with it is a very easy recipe but the end is rather more complicated, however the result was lovely and I have two more dinners in the freezer now 😊

I was reading a blog today in which the writer said that, in previous years, they had been able to go up to the roof of Abingdon Museum but this year, with Covid, it isn’t open. We have been coming to Abingdon for years and I didn’t know that! The Museum used to be the County Hall which has dominated the market place since the late 17th century. Designed by a protégé of Sir Christopher Wren, the Baroque building was erected between 1678 and 1682. It housed a courtroom on the first floor and has raised on arches above a market space. There are fine views from the rooftop overlooking the market square. There are over 120 steps in the building, the majority of which have a shallow tread. A small lift from street level can take visitors down to the cellar area, but there is no lift access to the gallery or rooftop. Their website says that the Museum is re-opening September 5th but it doesn’t mention the roof. 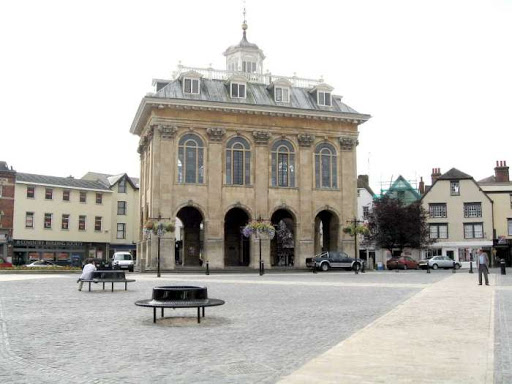 I thought that I would put this photo in today as there isn’t much to talk about. I took it when we went to The Talbot Inn last Thursday in Eynsham. Muffin was most impressed! 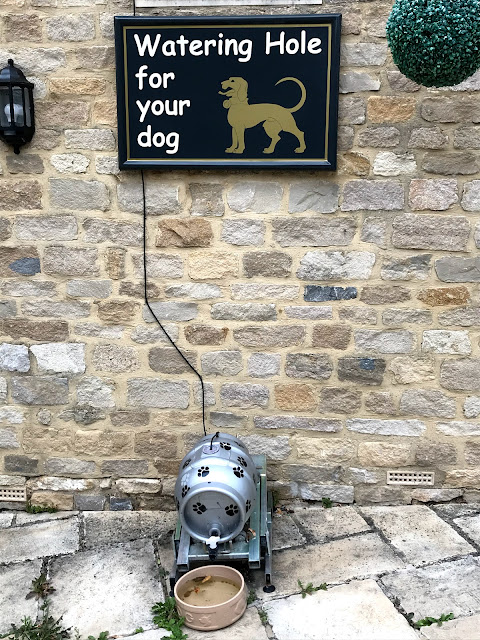 Posted by Linda Gifford-Hull at 12:24