It had been a hot night but with all the windows open and the front doors open we were OK, except that I got cramp at 4am.
Penny and Jim arrived at 9am for breakfast and then Penny and I went off in the car to do some shopping at Waitrose in Oxford. It was only 10 minutes by car. It was so lovely and cool in the car and in Waitrose! 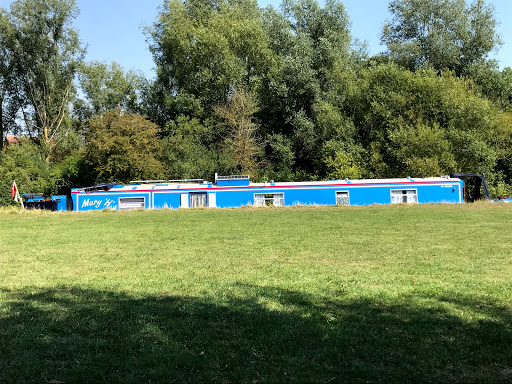 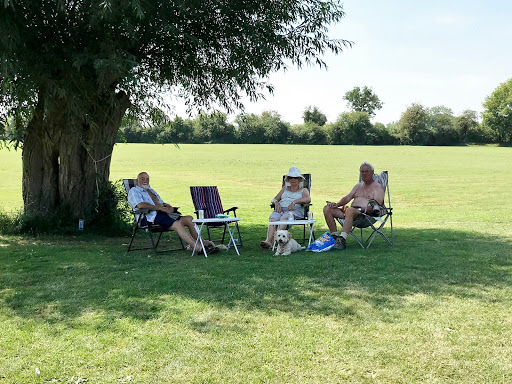 It was nice to have some help at Pinkhill Lock – it’s been a while since Penny and I did locks together. We continued on but it got hotter and hotter and as we got to Bablock Hythe there was a space, so Richard swung into it and moored up. There was a nice tree quite close to the mooring, so we made camp under there and that is where we stayed, moving around to keep in the shade, until almost 5.30pm. It was so uncomfortably hot. I put the thermometer in the sun about 2pm and it read 44°! Even in the shade it got up to 34° even thought the photo shows less – it got hotter. 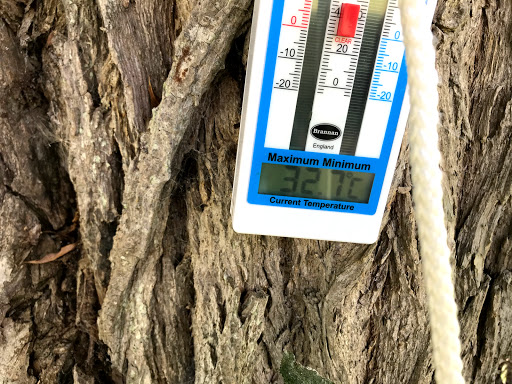 Our plan was to stop on the meadow again for dinner. As we were eating the clouds started to roll in and we could see rain in the distance, then we could hear thunder. We decided that it might be a good idea to make a run for home before we got wet, but it didn’t rain!

The cattle didn’t bother us again, but I had to take a photo of this little beauty. 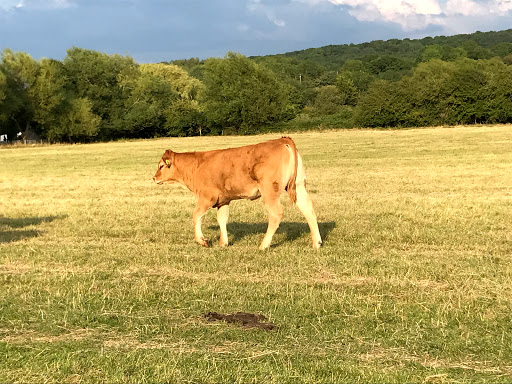 I am writing this at 10.10pm and it is still 29° in the boat. I wonder if we will have rain and thunderstorms during the night. We can’t shut all the doors and windows but if it does rain I will have to run round and shut them all – Richard will no doubt sleep through it all!