Update on the rain in the night – there wasn’t any so we were still dry this morning.
We wanted to get away early as we were going down river for a jaunt! By the time we had had breakfast I think it was about 9.45am when we pulled away and off to Eynsham Lock with the Lock Keeper being his usual chatty self! Emptied the emptiables and then off down to King’s Lock, Godstow Lock (on self service), Osney Lock and finally Iffley Lock where we moored for lunch just below it. 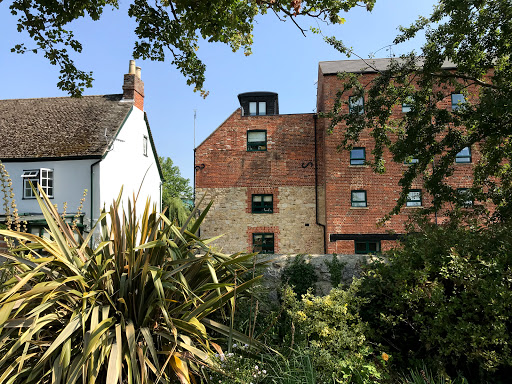 We had quite a wait for Osney Lock as the Lockie was doing a licence. Up until now, because of Covid, Thames visitor licences had to be bought on line, but apparently you can now get them at locks. It was the first licence the Lock Keeper had sold since October! 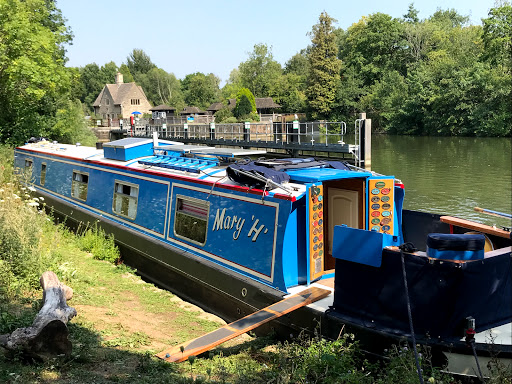 Down through Oxford and on to Iffley Lock. By this stage it was so hot that we really didn’t know where to put ourselves! There are a couple of moorings below the lock in a back water. There are now two red buoys between the main channel and the bank and we rather assumed that they were marking an obstruction and that where we were it was OK – it was! Out came the deck chairs again, followed by lunch. We were going out for dinner this evening so Richard worked out what time we would have to leave – 2.30pm. 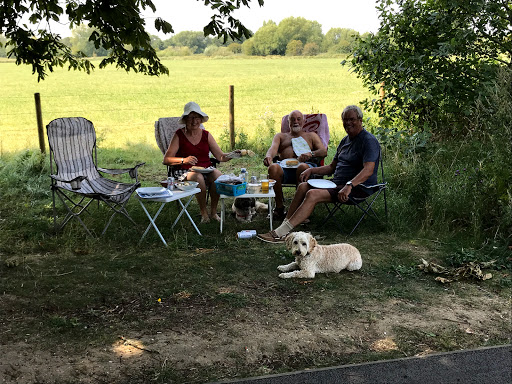 At the appointed time we left our mooring and went back into Iffley Lock. However, there was a notice to say that Osney Lock was broken – it had had a complete hydraulic failure! We carried on up to Oxford while I tried to get hold of someone at the Environment Agency. Most numbers were unobtainable but eventually I tried the incident line and spoke to a really nice young man who rang through to the Duty Desk at Teddington and came back saying that they had no idea of how long it would be – an hour, two hours, four hours or maybe even the morning! We turned round again and headed back to Iffley Lock and our lunchtime mooring – there is hardly any mooring between Osney and Iffley as the bank is full of liveaboards. Please remember that all this time is was BOILING hot! The Lock Keeper at Iffley said that he had been told that the lock was almost mended and offered to come down to our mooring and let us know when it was. We had just made our camp again and the kettle was on when a smiling Lockie came down to tell us that the lock was operable again. We had our tea and then moved back up through Iffley Lock – the Lockie said that at least we were helping with his numbers!

At this stage we had to cancel our dinner as there was no way we would be back in time. I felt really bad as I had already altered it from 7pm to 8pm. Still we have rebooked for tomorrow, but we wont now get the discount.

About five minutes after taking this photo the heavens opened! 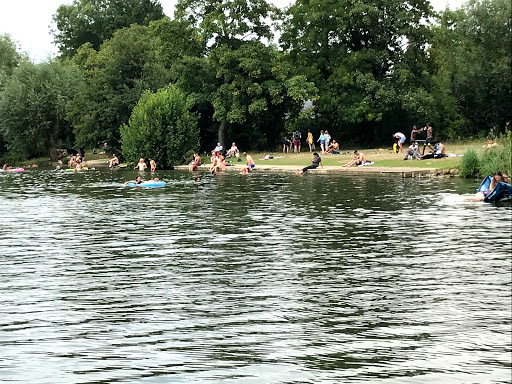 On our way up to Oxford it started to rain – heavy rain with some thunder, Muffin was
terrified 😓 Osney Lock was on self service as was Godstow, King’s and Eynsham. We got very wet at Osney but by Godstow it had eased off a bit. King’s was empty and a gate open, so we were through there in no time bearing in mind it is a manual lock.
This boat is an Airbnb. I’m not sure how you get into that hammock! 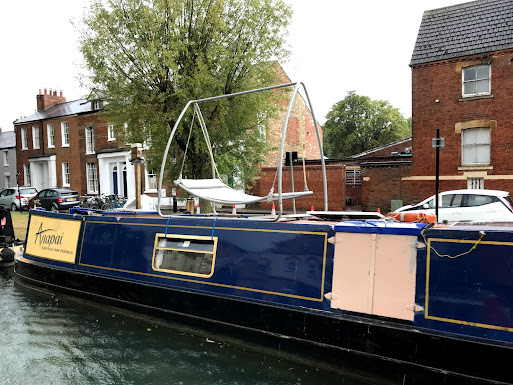