Today started out as drizzly and breezy.  We debated about staying put, but with being beside a high bank, we decided against it.
Shifford Lock had a Lock Keeper on duty which was extremely helpful as it is the fifth deepest lock on the Thames and the deepest manual lock with a drop of 7ft 4ins. I was a bit worried as when the Lockie opened the sluices (why are they sluices on the Thames but paddles on the canals??) and the water gushed in but, in fact, the boat hardly moved. 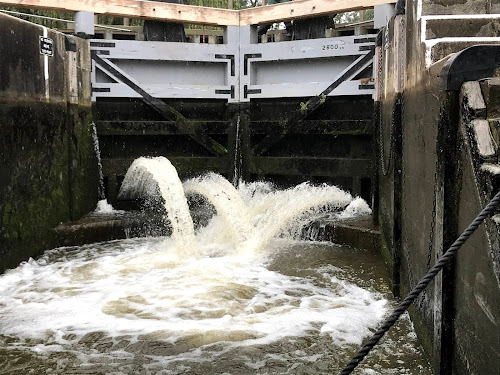 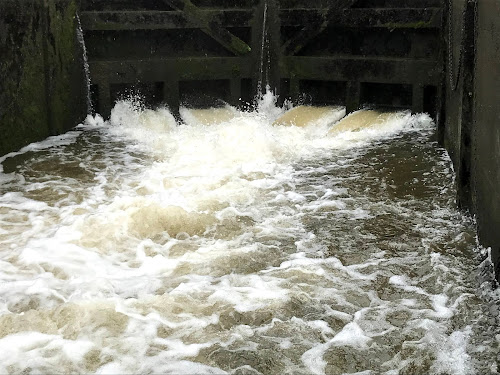 Shifford was one of the last locks to be built on the River Thames. The original river meandered south in a loop to Duxford village. The beam pound lock was constructed on dry land, and it was only when it was finished in 1897 that the new river route (named Shifford Lock Cut) was excavated, incorporating the lock. Nowadays the old river is navigable only by canoe.
Richard pulled over opposite Chimney Meadow as it was raining.  We had lunch then, as it had dried up, he decided that we would continue on the Rushey Lock as planned.
Chimney Meadows is the Berks, Bucks & Oxon Wildlife Trust's largest nature reserve and its fields are part of an ancient landscape, created by the Thames and shaped by centuries of farming. Once a commercial farm, the rich wildlife of this remote and tranquil place has been restored since the Trust started looking after it in 2003. Fields once planted with wheat and barley are now colourful, species-rich wildflower meadows. This type of habitat is important for its remarkable diversity of plant-life and as a home to nationally declining wading birds such as curlew, which breed here. 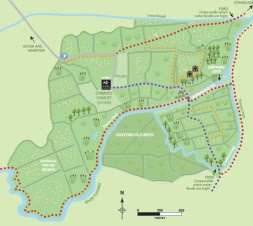 Rushey Lock was on self service.  The sluices are the same as Shifford Lock so I took it gently.
We had hoped to moor up at Champagne Lawn, well that’s what we, Festina Lente and us, call it but there was bad parking, so we had to go on a bit until we found our spot. 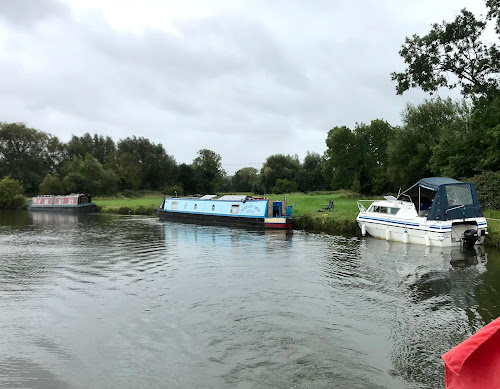 It has been such a grey day, I so hate days like this.  Tomorrow could be the same, but it looks as if there might be some sunshine on Saturday.
This is as far as we are going up the Thames this year.  We didn’t really think that we would get to Lechlade and anyway Richard doesn’t like the last bit between here and St. John’s Lock as it is very windy (that’s wind as in clock and not wind as in blow!)
7.16 miles
2 locks
Posted by Linda Gifford-Hull at 11:22