I am writing the first part of this post on our way back to Mary H for 5 weeks.  Our boating has/is rather curtailed this year.  Of course, Covid has played a big part in that, but we have also been down in Devon quite a bit since we left the boat back at the end of April.  My sister, Penny, and brother-in-law, Jim have moved house and downsizing drastically!  Sadly, Jim isn’t in good health, so we have been helping.  Numerous trips to the tip and charity shop have taken place as well as selling things on Facebook Market Place and Gumtree.  When we left last week, they were getting straight but there are still a lot of boxes still to empty. The tea caddy and teapot are still missing!  We also had a week in the caravan with Penny and Jim in Devon and our first family camping expedition in the New Forest. 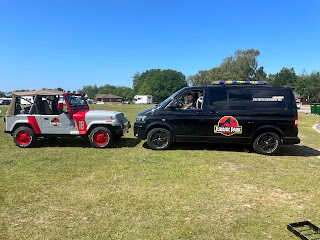 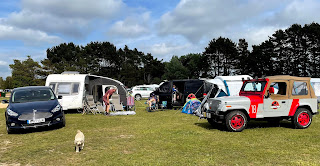 Looking forward we are going on a round the UK big ship cruise for a week on August 14th. We are going with Penny and Jim.  Penny felt that a cruise would be just the thing for her to relax and recharge after the move.  I booked it for her and got rather carried away and booked us on too – we even have the cabin next to them 😃

We are home for a week then we are going on an “ancestry” trip.  I am very much into researching my ancestors, so we are visiting three places where they lived.  Firstly, we stop in Shropshire where my maternal grandmother’s family came from.  It’s then up to Cumbria where part of my paternal family came from – we are even staying in the farmhouse where many of them lived in the 1800s.  We then travel across England to Robin Hood’s Bay where more of my paternal family came from.  I have a lot of research to do in the coming weeks to make sure we get to see everything as I would hate to miss a gravestone out!!  From North Yorkshire we go back to Mary H to take her to Debdale Wharf Marina where they are going to shotblast, zinc spray and black her bottom.  We then have to return a week later to take her back to Dunchurch Pools.  We may get another week in during the beginning of October as the big event of the year is happening on October 27th – the the wedding of my daughter, Victoria and her fiancé, James.  The wedding is going to be far from traditional – I will say no more, but I will probably blog about it.  I am so excited 🙃.

So back to the canals and this trip.  We are heading up the Grand Union and then down the South Stratford to the River Avon.  We might even go down to the Sharpness.  This year we won’t be so laid back as we have been in recent years as we want to use our time to do as much as possible.  Richard is going to love it – he won’t get itchy feet this year 🤣🤣 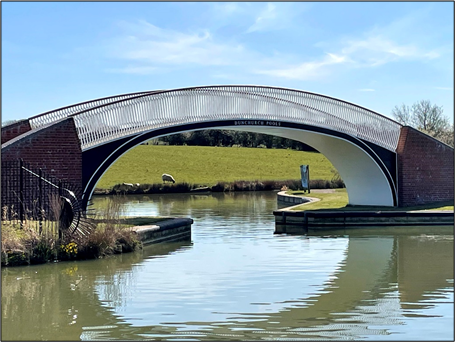 We left the marina about 4.30pm having had our Sainsbury’s delivery and put everything away.  We seem to have a surfeit of Diet Coke and Stella!  It was a lovely afternoon/early evening after a pretty wet time when we were unloading the car.  It’s nice to be out on the cut again. 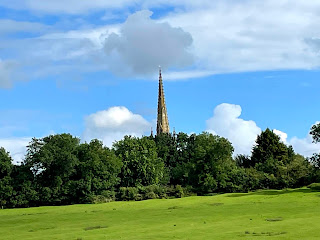 I wanted to print something, but the printer wouldn’t work.  I got it out from its place under the table and tried all sorts, but nothing would work.  I fiddled with the sockets still nothing, then I realised that there was no power to the socket.  By this stage I was panicking a bit that we had set off and something was seriously wrong.  I told Richard who went to take a look and couldn’t see what was wrong, then – light bulb moment!  When he had disconnected the shore power before we set off, he forgot to switch over to the inverter!  One flick and everything was fine.  So, Richard we are now one all!  My silly thing was that the camera on the laptop wouldn’t work.  I spent hours on the net trying to find out why and, in the end, I phoned Lenovo.  The chap asked if the cover was across the camera, no said I, are you sure he said.  There are four little nobbles above the camera, try moving them sideways – Ooops yes that was it!  So, future son-in-law James, if you are reading this – we all make mistakes!!!!!

We cruised up to Chambers Bridge (number 100), one our favourite spots, but not this year.  We had noticed how overgrown the tow path is and we couldn’t see a thing from the side hatch.  Fortunately, it is only an overnight stay.