I had a rotten night’s sleep and when Richard asked me, this morning, how I had slept, I just said badly and I want to go home ☹  A cup of tea seemed to put me back into gear though, as I write this, I’m feeling quite tired.

Our target today was the Blue Lias, 11 locks away.  Maybe – we’ll see!  We haven’t done the Grand Union locks for some time, and I just remember what hard work they are. 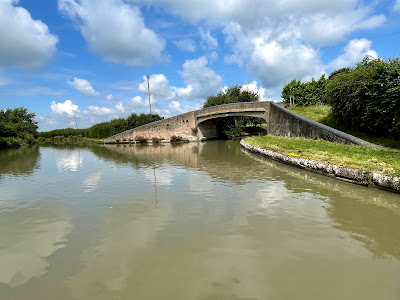 Napton Junction and a right turn instead of going straight on down the South Oxford to the Thames.  Part of me is sad that we aren’t going down there, but then will all the hire boats be out in the school holidays as people enjoy their staycation?

There was no-one to share Calcutt Locks with, but the other way was different.  It was a case of two up and one down at each lock.  There was only one boat left in at Calcutt Boats – I have to say that its almost one hire boat to one private one today. 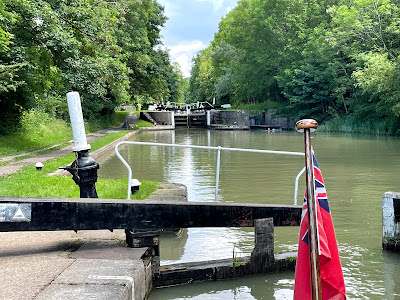 Stockton Locks was deserted when we arrived, so we sat in the top lock for a while in case someone else came along.  There had been two boats behind us, but I guess they must have stopped for lunch.  Once again it was two up and one down.  At lock 8 on the flight were three CR&T men who were trying to dislodge something stuck behind a gate.  The chap said he could feel it but couldn’t shift it though the gate opened fully for us, so they left it at that! 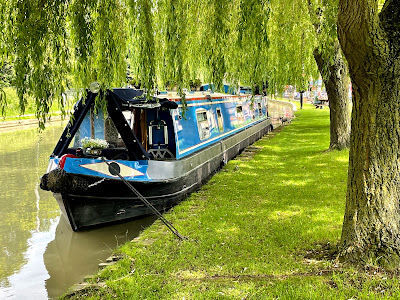 We made it to the Blue Lias and moored up under the wonderful weeping willow trees.  It was so pretty but we had no internet or TV reception!  We had a meal in the Blue Lias, the menu was pretty basic and short, but we enjoyed what we had.

When we got back to the boat, as we had no TV reception, we watched a DVD, Hachi: a Dog’s Tale, staring Richard Gere.  It is based on a true story - I wept buckets at the end!! 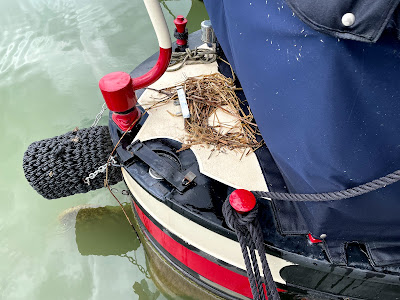 I forgot to say yesterday that it looks like we had a lucky escape!  Richard found the makings of a nest on the back of the boat; I had seen that other boats hadn’t been so lucky and were stuck as they couldn’t go out with a duck sitting on her eggs!!