Another dry day when we thought it was going to rain.

We left just after 10am and went up to Wyre Lock.  As we were setting it a hire boat came up.  They were dubious about both boats getting into the diamond shaped lock, but we assured them that they could do it.  It was at this stage that they told us that it was their first lock!  It was totally uneventful until they went to leave.  For some reason one of the crew didn’t get on in the lock and the skipper found it very difficult to pull along side the lock waiting to pick her up.  After investigating the bushes on the bank a few times they went on their way!

There are some amazing houses on the left bank after the lock.  Most are modern but this one looks old, but I bet it is modern too. 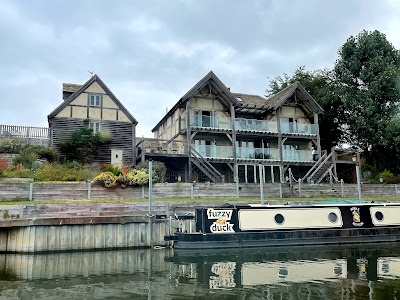 We met up again with Transcendence in Fladbury Lock.  They are 69 feet, and it was an interference fit to get them in.

I have made a startling discovery today.  Fladbury Mill isn’t the one by the lock, that is Cropthorne Mill.  Fladbury Mill is across the weir pool.  I might be mistaken but I am pretty sure I am correct.  I guess everyone assumes that the building next to Fladbury Lock would be Fladbury Mill – wrong ☹ 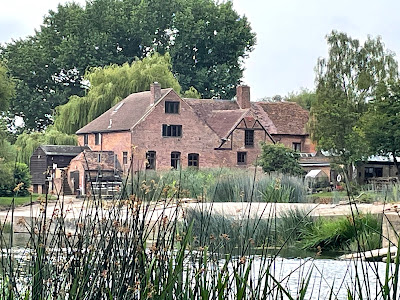 Fladbury Mill was first mentioned in the Domesday Book.  In 1086 the Bishop of Worcester held the mill.  It was worth 10S a year and the yearly rent was 20 sticks of eels.  Eels were usually counted in units called sticks 25 eels – this is likely from the number of eels you could smoke on a stick at one time. 10 sticks of eels were called a bind.  Don’t tell me that I don’t tell you anything!!! 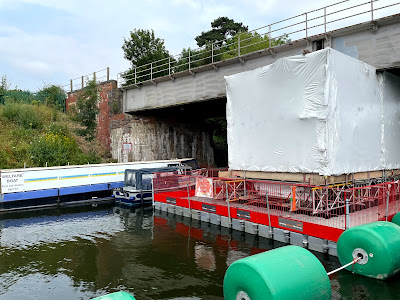 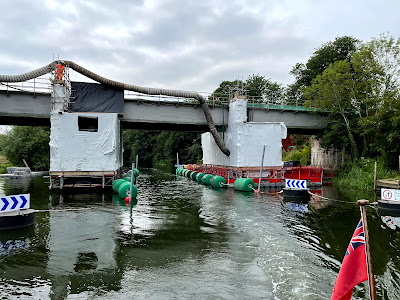 After Fladbury Lock they are doing some work on the railway bridge.  There are two Trust boats at either end of the works directing traffic.  At the upriver end the Trust boat was called Mike Rayne.  We knew Mike Rayne.  His wife, Jenny, was a friend of mine and Richard and I had stayed with them in Evesham as well as visited them on our cruises through Evesham.  Sadly, Mike died in 2013 leaving Jenny very unwell with cancer.  She passed away not long after Mike.  Mike was a volunteer with the Trust and was well known and liked by so many people. I had been told that the Trust had named one of their launches after Mike, but it was the first time I had seen it.  I ran Mike’s name through Google and discovered that Mike had been awarded a Royal Humane Society testimonial on parchment in 2008 for saving the life of the suicidal woman who jumped off Workman’s Bridge in Evesham – he kept that one quiet 😊 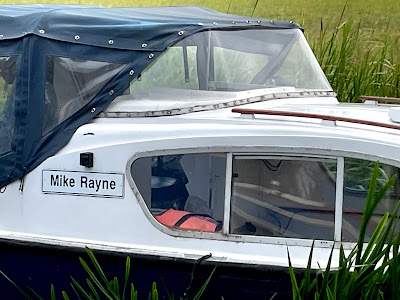 We hoped that there would be room for us to moor at Craycombe Turn.  We have only been lucky once but today the whole mooring was empty.

I bought some nice steak from the butchers in Pershore, so Richard barbecued it.  It was excellent, but not quite as good as the steak we had the other night.