The weather forecast for today was for heavy rain and thunderstorms, so we decided to stay put for the day.

I had had another bad night’s sleep as there was loud music playing and then a motorbike driving round the park.  It stopped quite close to us which made me lie there waiting for someone to climb on the boat to nick something off the roof.  It was 3am when I finally got to sleep.  As we weren’t going anywhere, I went back to sleep for an hour after breakfast. 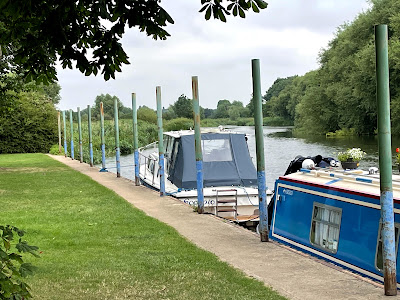 After lunch we walked into Pershore as we both wanted to go to the hardware shop and then into Asda to buy a large box of Diet Coke.  I found these two guarding a toy shop. 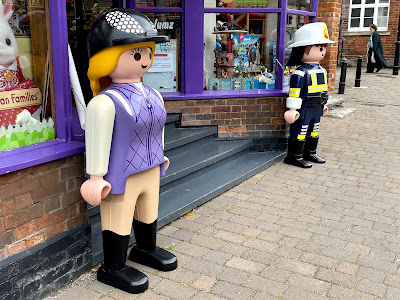 As you may recall we have had all sorts of problems with TV aerials.  Our new aerial should work on a short pole as most people have then either on low poles or mounted on the roof, but we just don’t seem to be having much luck unless it is on along pole.  We couldn’t get any TV channels on the telly in the saloon.  Almost son-in-law, James, came to our rescue on Facetime and showed Richard where he was going wrong, rather a rookie mistake actually but I won’t go into it!!  I downloaded some films onto my iPhone so that we could play them when we no internet or TV reception.  As I had left my adaptor to connect the phone to the TV at home, I had bought a new, non-Apple one from Amazon.  It didn’t work.  My fault entirely and I am really cross with myself.  The first time I bought a cheap adaptor it didn’t work and had to go back.  I really should have known better, but the difference in price of £27 was too tempting ☹

Yesterday, in the blurb about the locks I noticed that a Cleeve Lock was mentioned.  I was fascinated and did some research.  There had, in fact, never been a Cleeve Lock, but there had been a Cleeve Weir with a mill.  The history of the mill goes back to AD 872 when The Manor of Cleeve was given by Ethelred to the Prior of Worcester. The first written record of a settlement at Cleeve Prior comes in the Domesday Book of 1086 which records a priest, a mill and around 108 persons farming some 120 acres of surrounding land, indicating an established settlement by this early date. It was likely established as a farming community by the Prior of Worcester and worked by peasant tenantry of the monastic estate to contribute to support of the monastery at Worcester. 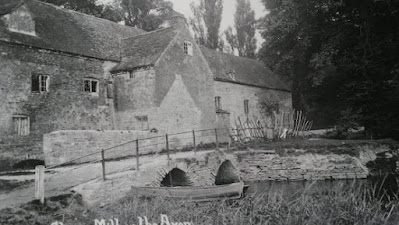 There was a rather gruesome 'find' in 1824 when numerous skeletons were unearthed - probably Simon De Montfort's soldiers fleeing from Evesham and drowned crossing the river.  They were re-buried under the Pilgrim's Praying Cross base, above the Nature Reserve Notice.

During the early part of WW2, the Royal Army Service Corps were stationed at the mill.  They were reputedly there to practice bridge building.  However, the Army occupation was short lived and the abandoned the mill in 1940.  They didn’t leave it in a particularly good condition.  With the mill becoming unsafe the owner of the Manor had it demolished. 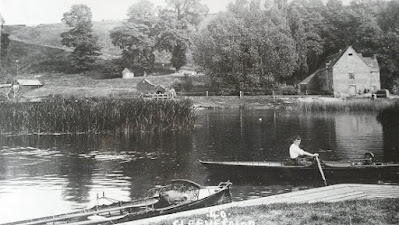 Cleeve weir was substituted by a weir at Marlcliff in July 1970.  Cleeve Weir had, until it failed, controlled the water level up to Bidford on Avon. The remains of Cleeve weir were removed in January 1970, and the river dredged up to Marlcliff in early 1970.

If you want to know more, have a look here.  The two black and white photos are taken from the Birmingham Anglers Association.

So, after all that, I guess Marlcliff Lock must be the Cleeve Lock that was mentioned!