It was a lovely morning, but we were in no hurry to leave as we were only going to Evesham.

I was minding my own business when I heard children laughing and having fun.  I looked out of the side hatch and there were three “dragon boats” (but without the drums) coming up the river.  One of them was investigating the bushes on the bank, but they finally got going again. 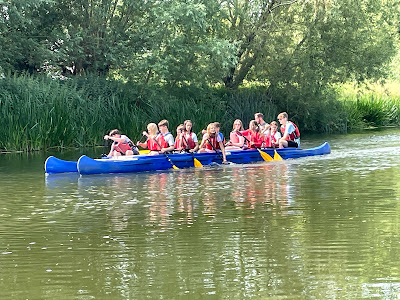 Chadbury Lock is a very special lock for me.  I mentioned yesterday about our friend, Mike Rayne and his partner Jenny.  Well, all the locks on the Avon have a nominated Trust member to look after them.  Mike and Jenny’s lock was Chadbury.  Mike and Jenny put plants on a lock beam that had been placed on the lock side along with a watering can and a sign asking people to water them if they looked thirsty.  The new lock carer has obviously carried on the tradition.  I checked on them today and they were well watered, but I noticed that the watering can has now gone and there is a large water bottle there which was empty, so the least I could do was fill it up. 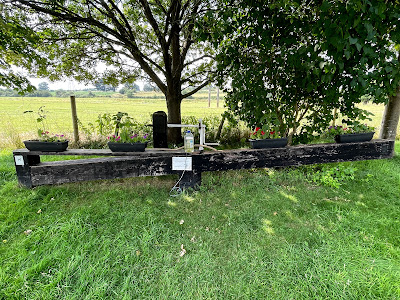 We moored up in Evesham once again.  Richard took Muffin for a walk while I planned how many days we have left on the boat, how many meals there are in the freezer, how many guests we are expecting and how much shopping I needed.  I do like to be organised 😊 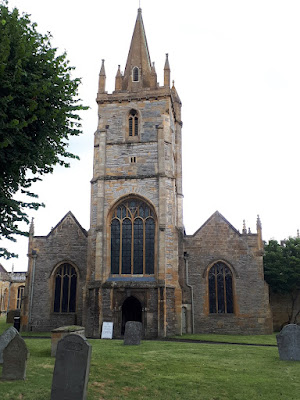 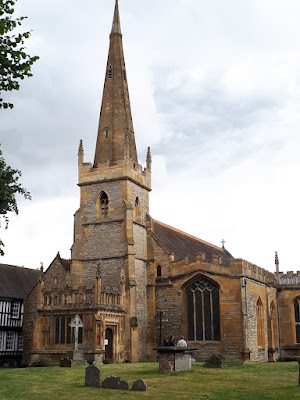 St. Lawrence Church
In the Bell Tower there is a carillon which plays on the hour between 9am and 9pm.  Check the website for more information – it’s very interesting. 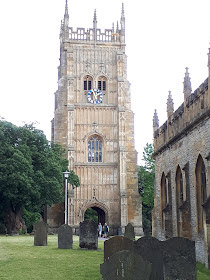 The Bell Tower
There are some pretty lights along the riverbank.  When I Googled them it appears that they were switched on in 2002.  I remember seeing them last time we were here but not before.  Originally there were blue, green and purple lights, but there only appears to be blue and green. 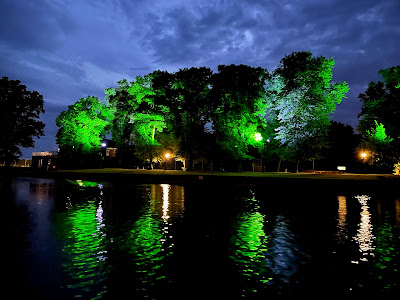