I had a rotten night’s sleep – it was just too hot.  I think I finally dropped off about 4am – I have felt pretty rough today.

A narrowboat came down the river, stopped for water and then headed for the lock.  We weren’t quite ready to leave but I shouted to them that we were coming, and Richard rushed round casting off and things!

We went down 5 locks with NB Warrior.  It was all pretty straightforward especially when the chap was at the helm ☹ 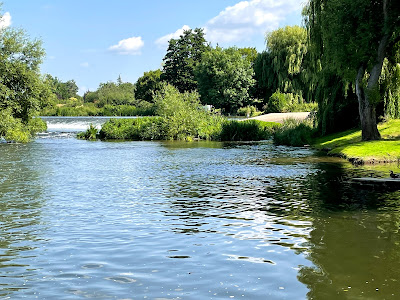 We went under Bidford Bridge where a car had knocked it on Saturday. There is only one arch that boats can go under and, of course, it had to be that one.  There is now a hole in the bridge!  I wonder how they are going to repair it? 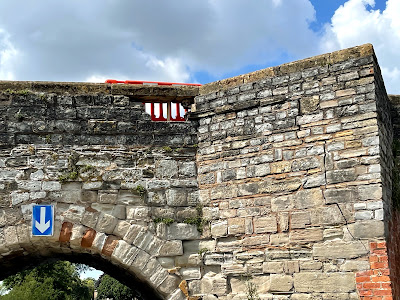 We had told the other boat that we were going to Offenham Lock, but that was our second choice.  First choice was Harvington Lock.  As we approached the lock our favourite mooring spot was empty, so we pulled in.  While Richard was mooring up, I help Warrior down the lock – it seemed the right thing to do 😊

Mary H was in full sun, but we had shade to sit under on the bank.  I was so tired that I lay on the bed to have a sleep.  I was just nodding off when there was a knock on the window and a young lad asked if we had a lock “key” that he could borrow.  Now, where we were moored there should have been no-one passing by us, so I had the AC on me, and I was in bra and knickers.  I bet the lad will dine out on that for some time!  Eventually the lad came back with his mates and a windlass, and they filled the lock.  They then spent about half an hour jumping from the strange bridge across the lock into the water. 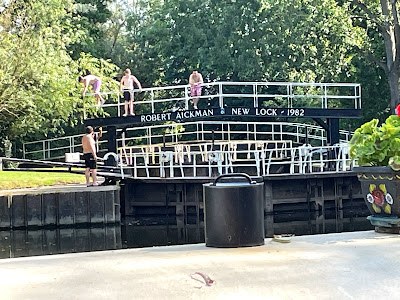 After dinner we walked over the lock and onto the island.  It seems to be owned by a fishing club as there is a ‘private land sign’, however we saw fishermen and weren’t told we couldn’t be there.  It was lovely as it was very shady and there was a vehicle width path that was obviously mown quite often.

There are the ruins of an old water mill on the island which, apparently, hasn’t worked for over a century.  Also on the island is a dry dock.  There is a sign on the river side that gives a phone number for the dock, so I guess it must still be in working order – it certainly looks it though it does remind me of a swimming pool, but the water looked really manky!  You can hire the dry dock for £75 per day.

I found this about the mill on a website called 28dayslater.  It is quite old but very interesting.  There are also some excellent photos.

Harvington Mill is a grade II listed building, listed since July 1994. It originates from around the year 1800, and in the early 1900s the machinery replaced and upgraded.  It consists of two parts - the main 3 storey block which has sadly had the original slate tile roof replaced with corrugated steel cladding, and a second 2 storey block on the east end. There was at one point an extension to the main block, but this has since been demolished. The main water wheel was on the exterior of the west end (main block) and a second bypass wheel was located between the two blocks.  The outside wheel is nearly entirely rotten away, leaving only parts of the iron frame, but the bypass wheel is more complete with most of the beams that braced the frame also intact. Unfortunately, the original wooden buckets have all long since fallen away.  The interior is largely stripped out but retains the original (1900s) primary gearing and additional gears and bearings.  Most of the water has now been diverted around the mill and very little passes through save for when the waters are very high. At some point restoration work begun on the mill but has not been active on site for quite some time. The building has since been locked up and sadly nature is beginning to take it back.

These photos are some that I took this evening. 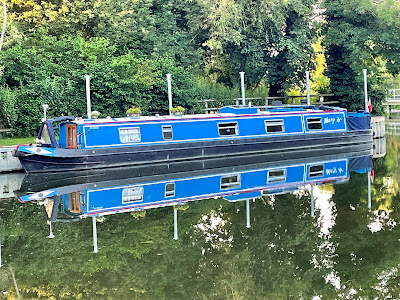 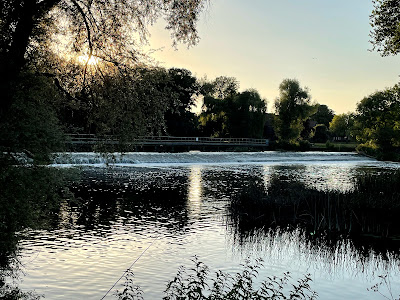 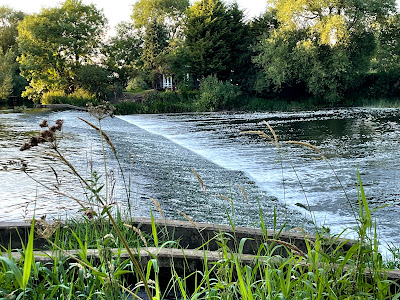 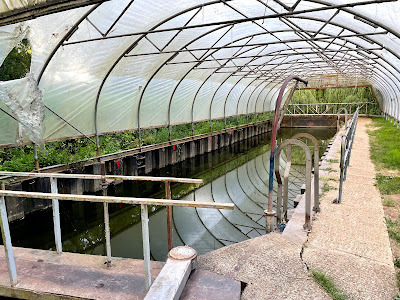 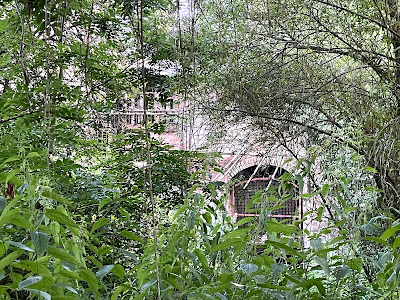 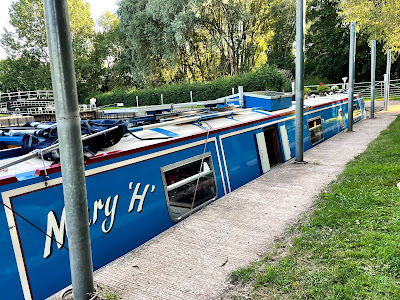 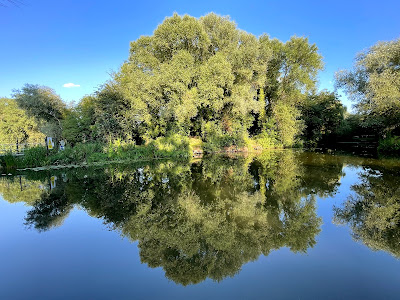 Posted by Linda Gifford-Hull at 10:18