Sadly, Victoria and James didn’t sleep well.  In 2017 Richard made an extension for our dinette to make a better guest bed.  We now take the cushions off and put an inflatable mattress on the base.  We tested it out for a week when we had some visitors, and it was fine.  It really hasn’t had much use but in four years it must have deteriorated and last night it went down 4 times during the night.  Richard is going to have to come up with a new solution.

The Stockton flight was busy.  We had a lock buddy which meant we had 4 crew on the ground, but it was very much a case of two in and two out, and at some locks there were heaps of people milling around all with windlasses! 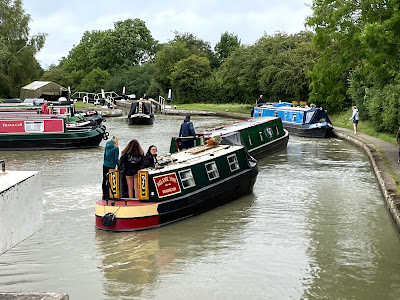 The Calcutt flight was, again, two in and two out.  Coming out of the middle lock was a day boat which was caught by the wind and the poor boat seemed to go round and round in circles, but in fact it didn’t even do one complete turn but wasn’t far off.

Down to Napton Junction, it’s been a while since I saw the bridge from this side.  The Oxford Canal was clear so off we toddled. 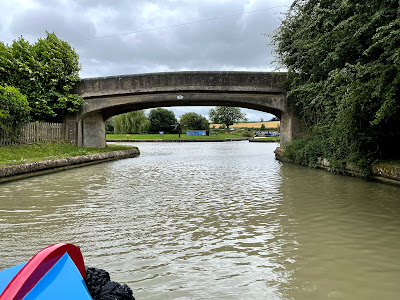 Richard pulled over for lunch and we ate up what was left in the fridge with the pudding we should have had last night.

Richard was really worried about getting onto our pontoon as there can be a wicked wind across the marina when it is blowing from the southwest, and that’s just what it was doing this afternoon.  We stopped for diesel and then Richard slowly picked his way across the marina in a strong wind which suddenly dropped just as we were coming in and, in the end, after all his worrying, it was textbook! 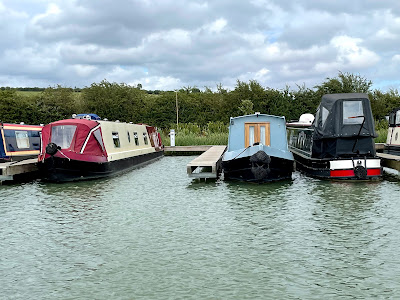 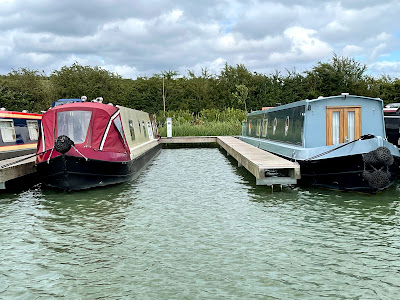 Once Mary H was moored up, we set off for Warwick in the car to take Victoria and James back to their car.  It took us 30 minutes to do the 21 miles – it had taken us two days to do the 22.61 miles and 25 locks on the canal!

It was a quiet evening as we knew that tomorrow was going to be hectic.