We woke up to a lovely sunny day and Richard opened the patio door in the bedroom which leads on to a balcony. 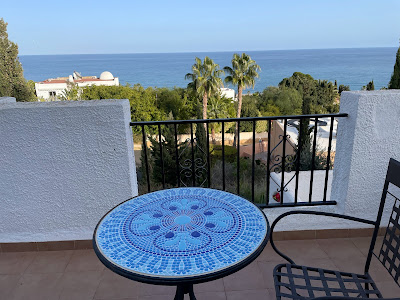 I finished the unpacking and most of the and sorting, then we took Muffin for a walk on the beach.  As today was Sunday the supermarkets were closed so I had booked Sunday lunch at one of the local restaurants, Badgers. 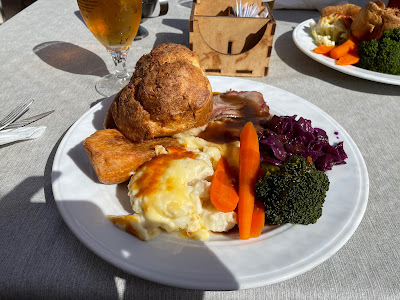 The pool at the villa has a heated pool but that had been switched off yesterday however it was still 25°, so in we went.  It was lovely.

Our first stop this morning was to the vet in Turre for Muffin to have a blood test.  Ellen is going to do the blood tests which I will then send to the vet at home for them to tell us what the next step should be.  After the vet it was the supermarket.  We chose Mercadona as the parking is so easy.  We left Muffin in the car and came back to him barking – he did not want to miss out on any excursions!  We had had problems in our en-suite at the villa, the shower water wasn’t draining away properly and the plug in the basin was broken.  Dee and Chris came to sort out the problem and did the shower, but Chris has had to order a new plug unit for the basin.  We had a lovely swim though the water was only 24° today! 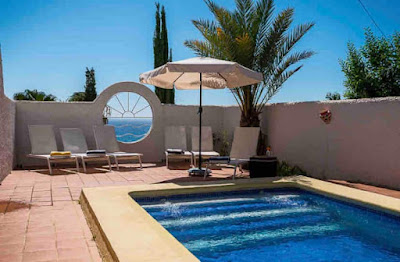 Today’s quest was to find some pool toys for my grandsons who are coming out on Saturday, however it really is too early in the season to get some, so I put a shout out on Facebook and got quite a few suggestions, so that is our job for tomorrow.  In the evening I cooked a huge 2 kilo chilli which made 12 portions.

This is our bedroom. 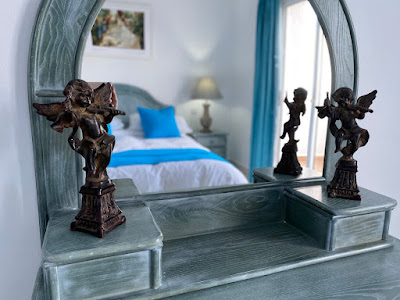 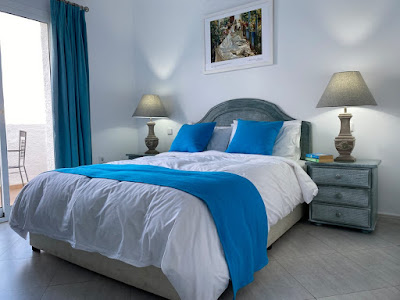 We wanted to go to Vera where there is an Iceland which has lots of UK foods (at inflated prices and certainly higher since Brexit!).  Before Iceland we stopped at Victor’s, a café by the Ronda de las Buganvillas for a great cup of coffee then on to Vera.  Next to Iceland is the biggest Chinese shop around but they didn’t have any pool toys either. Back in Mojacar we went to some of the suggested for places to find pool toys and managed to find a Chinese shop which had some.  Back home we had to give up with the dishwasher, it just wasn’t getting the dishes clean.  We had been warned that the dishwasher was on its way out and couldn’t be replaced at present as the kitchen is being changed once we have gone, and the new one is going to be integrated. 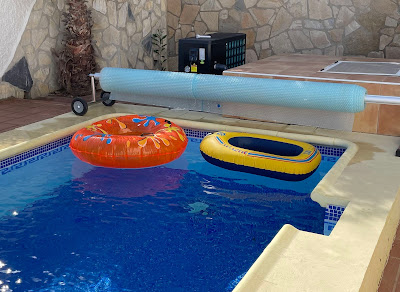 Posted by Linda Gifford-Hull at 10:08