We woke up to more cloud and for the first time we didn’t open our balcony door.  However, we had nice cuddles in bed with the boys.

I had planned a fun packed week and today it was a fairly quiet one.  We drove to Torre del Pirulico, a local watchtower which was built in the 12th or 13th century, and was used in the 16th century when it was incorporated in the chain of towers for coastal defences against the Barbary pirates. It was restored in 2009. 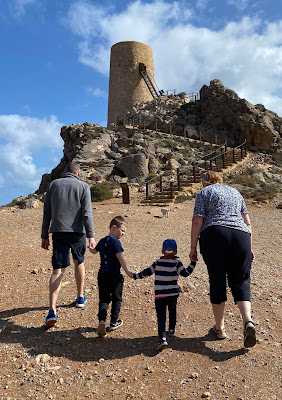 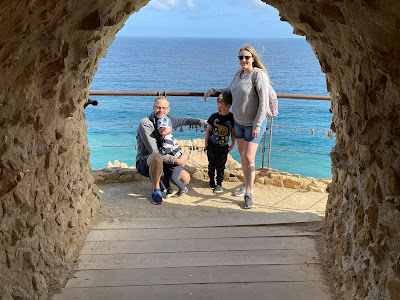 We then carried on driving on an awful unmade road until we got to Bordenares beach where we had a picnic.  Tobyn and I jumped the waves while Robert built a sandcastle. 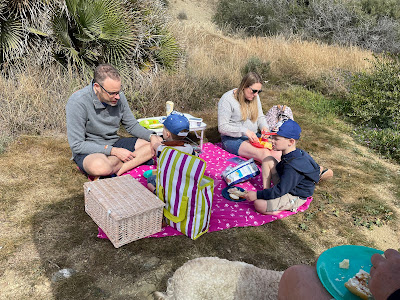 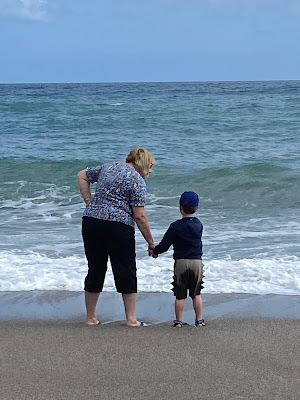 Everyone was ready for a swim when we got home.  Granny and Grandpa didn’t swim as there really wasn’t room for 6 people and 4 large pool toys, but we enjoyed watching them.  We then did a BBQ and managed to eat it outside.

Day two of the funpacked agenda!  I had arranged for us to visit Trex Andalusia, a local animal sanctuary.  Bobby loves animals and wasn’t disappointed, there were goats, horses, dogs, cats, chickens, a peacock, 2 guinea fowl and a grey African parrot.  The boys were able to feed the chickens too.  All the animals are rescue animals and some of them have very sad tales to tell. 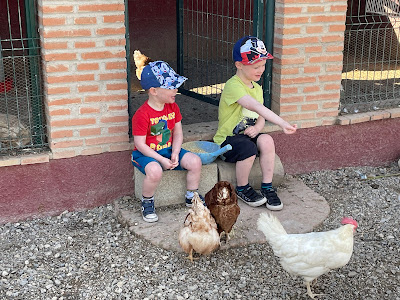 While we were at Trex Richard took Muffin for another blood test.  We went for a quick trip to the Pueblo for look round, but the boys were getting very hungry so we didn’t stay long. 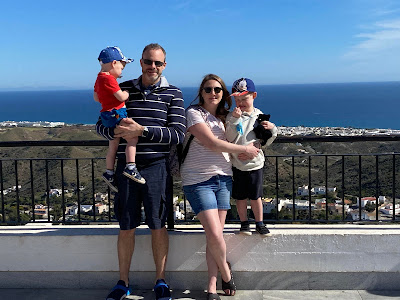 We drove back to the Playa and went to Imperial Pizza for late lunch.  It was closed for redecoration when we were last here in 2020.  The boys both had children’s pizza but could easily have shared one! 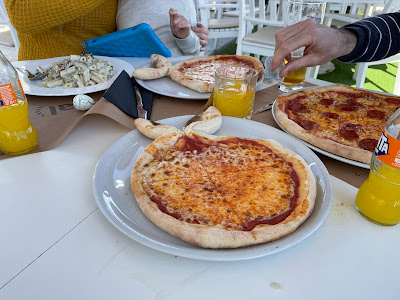 Back for swim but even though it was sunny there was a real chilly wind.

Granny’s fun packed agenda proved to be too much for the boys!  We decided to have a quiet day as both boys had been up in the night, and we knew they would be tired and probably grumpy.  We went down to the Parque Comerical for a coffee and for Laura to visit my favourite shop.  It was then the highlight of the day – a visit to Mercadona!  We returned to the villa for lunch and the Renwicks all played in the pool for ages 😊 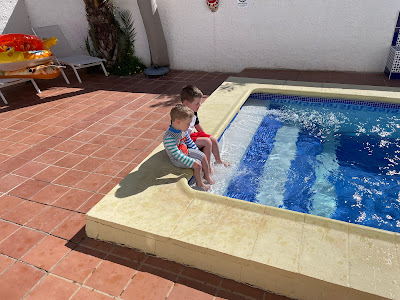 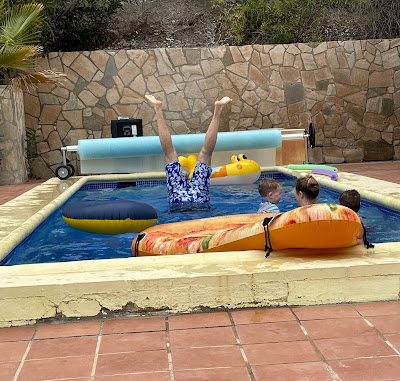 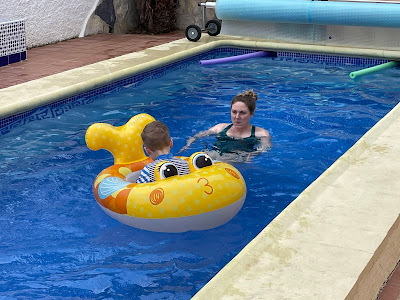 Posted by Linda Gifford-Hull at 12:40