We were up early to get to the airport - thank goodness it’s only an hour’s drive.  We got there at 9am, but they didn’t get checked in until 9.50am.  In through security and they were gone.  I surprised myself as I didn’t feel too bad.  It was an easy drive home with my music on to drown the silence!  However, it did drizzle quite a bit.  When I got home the first thing I saw were the boys’ buckets and spades and that upset me.  In the house I saw their cups on the draining board and that set me off, but fortunately Richard was there to give me a cuddle.  It was a horrid grey day which didn’t do anything for my mood, but Richard suggested lunch out – that always helps!  We went to Badgers and, as we had the dog, we had to sit out in their covered outside area where they had a lovely gas heater, even with that I sat with my fleece on.  I had BBQ ribs which were amazing! 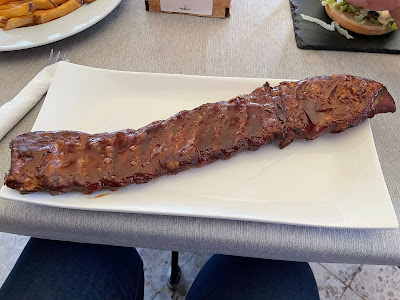 It was windy and the sea was rough. 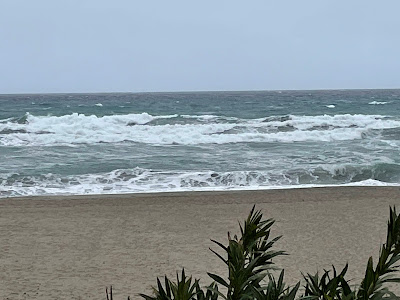 On our return to the villa, I went to bed.  I hadn’t felt 100% for a couple of days but I wasn’t going to give in to it while we had visitors.  I slept for a couple of hours, got up and felt worse!  We sat and binged watched Sweet Magnolias.

I woke up with a cold – not a streaming one, but I felt rotten.  The fact that the day was grey and raining didn’t help my mood.  I took my third Covid test in 3 days and it was negative.  I stayed in bed until about 4pm when I got up, went downstairs and lay on the sofa.  Not a good day. 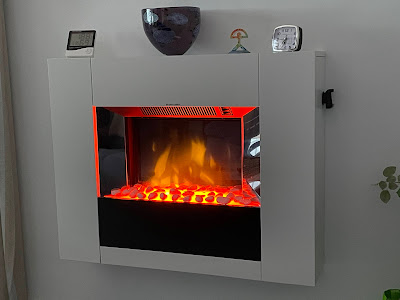 These photos are from our trip to the park in Huercal Overa on Thursday. 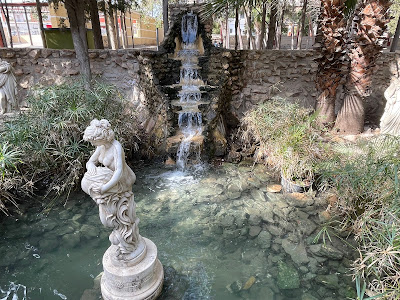 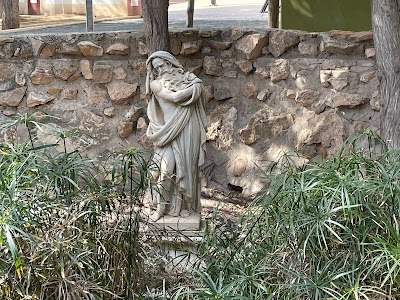 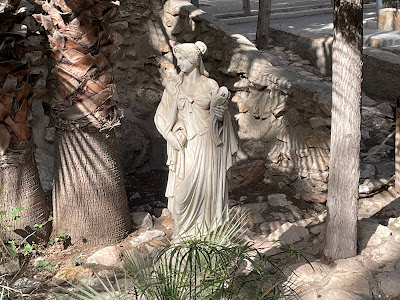 We woke up to a grey day, but the sun soon came out and it became a lovely day.  I have so much washing to do as I didn’t do any while the family were here plus I’ve got bedding and two lots of towels (bath and pool) to do.  I managed to get the underwear and our duvet cover washed and dried.  The washing machine seems to take about 3 hours for a cycle unless you do a rapido, but I don't really trust that.  There is a washing line which doesn't see the sun!  Some things get dry, but the duvet cover wasn't drying, and I needed to get it back on the bed tonight as we don’t have a spare, so Richard rigged up a line in the pool area which was brilliant.  I might just get all the washing done before the next visitors come on Thursday.

I spent quite a bit of time catching up on paperwork and the blog during the day with a break for a swim (the pool was 28°) and a walk on the beach with Muffin who enjoyed surfing! 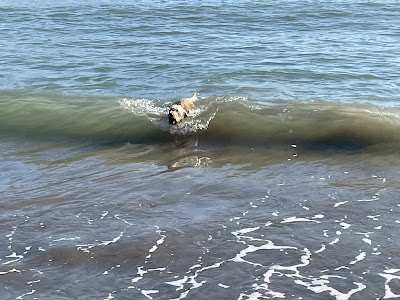 Posted by Linda Gifford-Hull at 17:00