Robert and I took the boys to the play park opposite Thomas’s supermarket.  There are a number of small playparks along the Paseo, and they all look to be in very good condition.

After lunch we went to Caboneras.  We have never been there on a nice day which is a shame as I’m sure it is a nice place.  We walked to the main square but sadly the castle was closed.  The castle was built in 1559 to defend the coast from Berber attacks during the Moorish uprising and was restored in 2013. 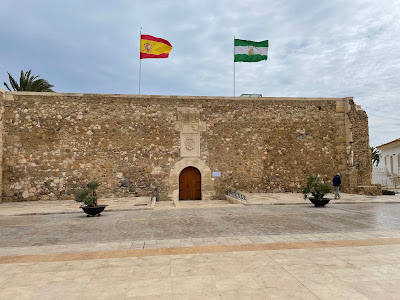 The boys were fascinated by the Amphoras de Mar under the glass in the Plaza Del Castillo. 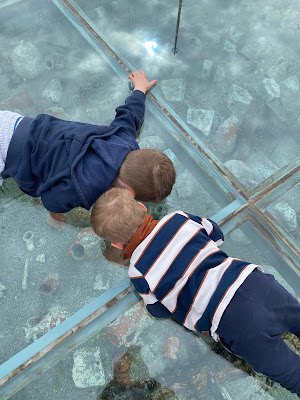 I had noticed a good playpark when we have been to Caboneras in the past and often thought that it would be nice for the boys.  Well today they were able to use it 😊 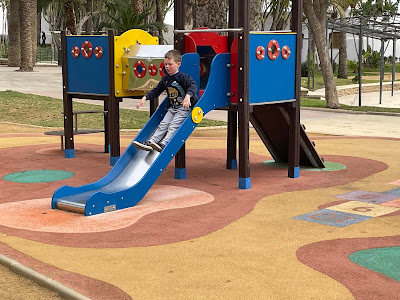 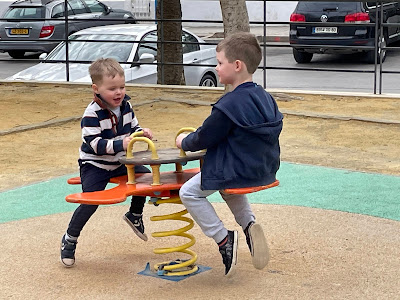 However, I didn’t expect my 40 something son to use it!! 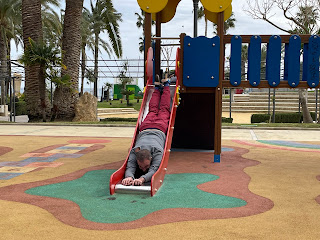 From the playpark we walked over to a water feature which the boys loved, running round and round and over the bridges.  There are fountains there, but I guess they are only switched on in the summer. 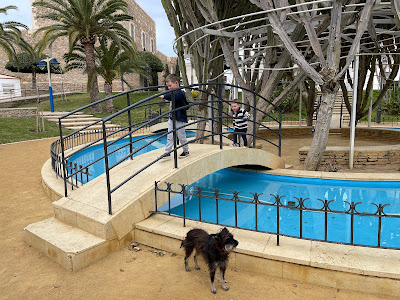 We wandered around trying to find a café that didn’t look like a restaurant.  Finally, we found one where we could sit outside, but it was chilly.

We got the boys to bed relatively early and had a Chinese takeaway.  It was a great meal and we had a really good evening with lots of wine!!

I had heard that at Huercal Overa there is a park where they have animals.  We have never been to Huercal Overa before and still haven’t really as the park is right on the outskirts, though we do know where the hospital is now.  Sadly, we couldn’t take Muffin in so Richard took him back to the car so we didn’t really feel that we could stay long.  We found two very small goat kids who had escaped from their pen, they reminded me of two little boys up to no good!

The park is named after Adolfo Suárez González, 1st Duke of Suárez, and was a Spanish lawyer and politician. Suárez was Spain's first democratically elected prime minister since the Second Spanish Republic and a key figure in the country's transition to democracy after the dictatorship of Francisco Franco. 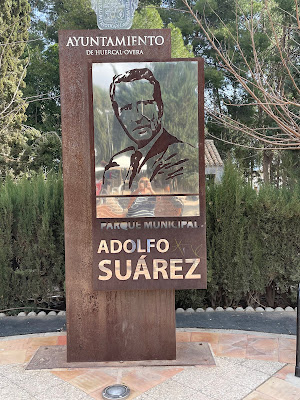 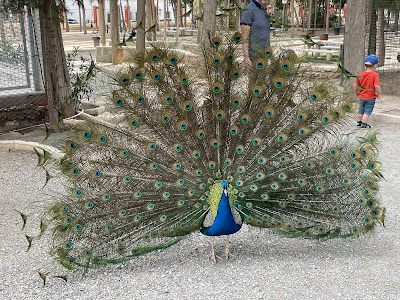 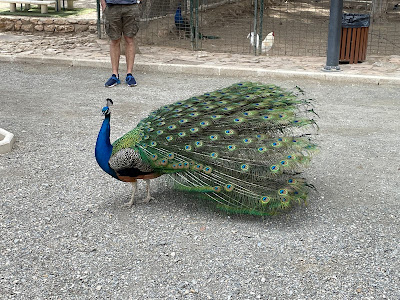 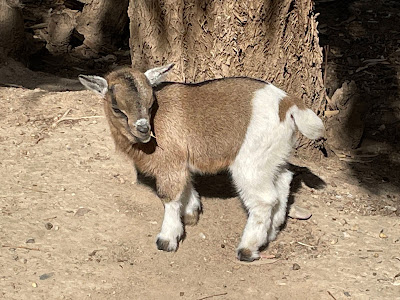 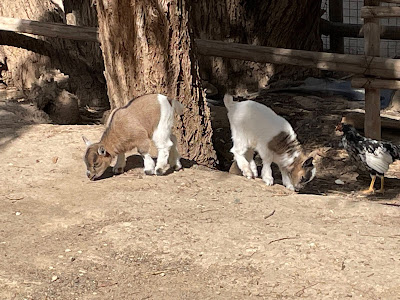 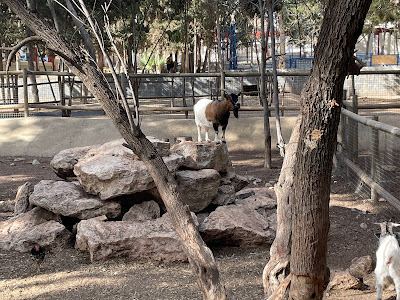 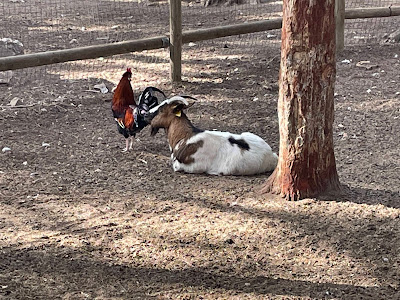 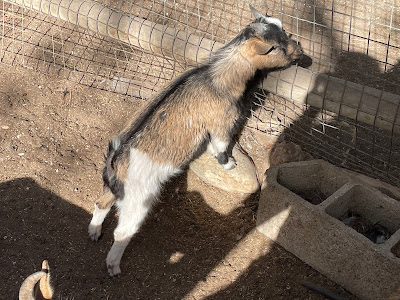 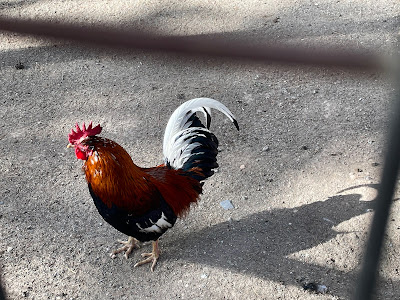 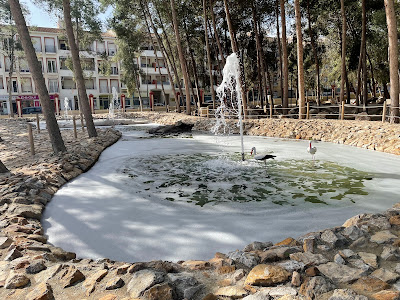 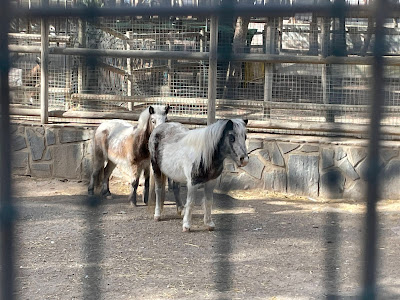 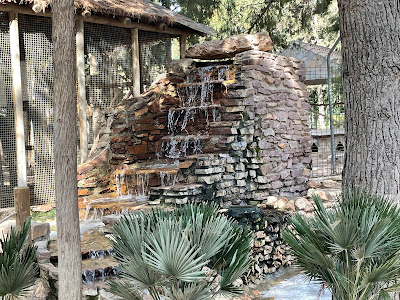 We decided to visit Iceland in Vera on our way home, but stopped at Victor’s at Bourganvillas for lunch first.  Robert was interested in going to Iceland as they have lots of Waitrose products and he works for Waitrose in the UK.  He was horrified at the prices!  Back in Mojacar we went down to the beach to build sandcastles then came back for swimming. 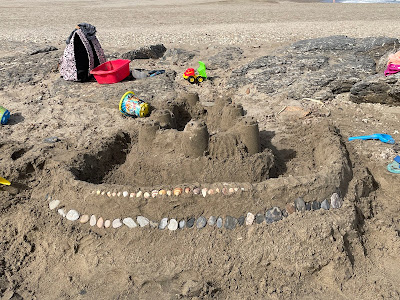 Robert and Laura went out in the evening as they had built in babysitter!  The boys had been so good in the evenings but not tonight.  I rather lost track of how many times one or the other, or both, got up!

We had a late start as we were going to the vets for Muffin to have an injection for his Addison’s Disease.  I also wanted to take the family to Turre Market, but as the weather forecast hadn’t been good it was rather a small one.  However, Robert bought a huge €6 melon.  The boys found a small square whilst waiting for Granny to do her shopping and had been dashing around, up and down the steps.  Fortunately no-one fell in the water! 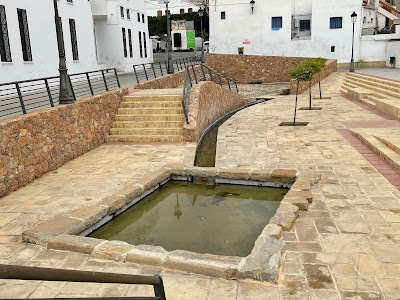 We had lunch at Rosie Lee’s.  It has been easier to eat at places which serve English food as at least the boys knew what they were getting!  We had to sit outside because of Muffin, but it was quite chilly.

After lunch Robert and I walked up to the vet so that Muffin could have yet another needle stuck in him!

Back at the villa it had warmed up a bit, so Robert and the boys swam while Laura packed.  After they got out we struggled to get clothes on Bobby.  I think he thought we couldn’t see him! 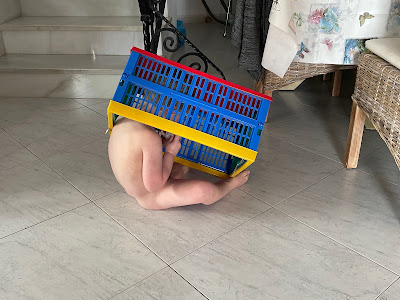 Posted by Linda Gifford-Hull at 09:53