More red dust, but less than yesterday.  However, the pool is beginning to look a bit like it did after the first load. 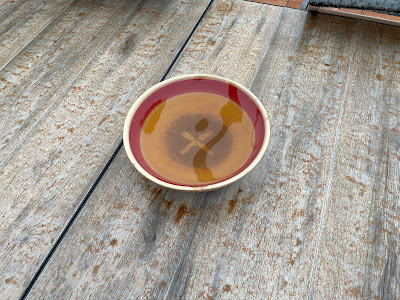 I don’t think the rain stopped all day – I only poked my nose out of the door once or twice.  Even Muffin wasn’t really keen on going out for a walk.

In past years there have been an influx of seniors here in Mojacar in March.  Cars and coaches parked around the Best Indalo Hotel have been a nightmare.  I asked around and was told that Spanish seniors can have a free holiday in the off season.  I noticed that this year this hasn’t happened, possibly due to Covid.  This is what I found out about the scheme.

Imserso is the holiday scheme for pensioners sponsored by the Spanish Government. During the off-peak season, from October to June, cheaper holidays are made available to resident pensioners in Spain, whatever their nationality.

There are many different destinations available from mainland Spain to the Balearics, Canary Islands and Portugal. Your holiday can be from 8, 10 or 15 days long and includes full board at three and four star hotels. There are also 5 day cultural tours and rural tourism holidays available.

The programme is open to anyone who is a resident of Spain and:

What does each holiday include?

•         Transport to and from the capital city of the province where you live (for example, Alicante) to the hotel

•         Three or four star hotels that comply with government standards

* except for the cultural and scenic tours

How much will it cost?

Ah so it isn’t free, even so it is cheap, remember that those prices are in Euros and not Pounds! The website says that an Imserso holiday is often cheaper than staying at home! 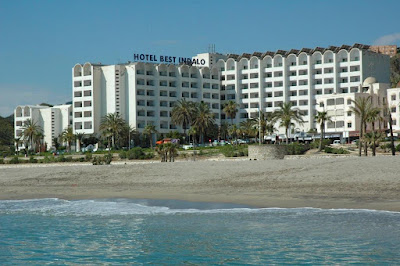 You must be getting really fed up with me saying that we have had more red dust, well guess what?  We had more last night and quite heavy.  The pool cover now looks as it did after the first calima.  Someone commented on Facebook this morning just how orange all the houses are looking, it will be interesting to see how many get painted terracotta this summer!  The sea has turned red now too! 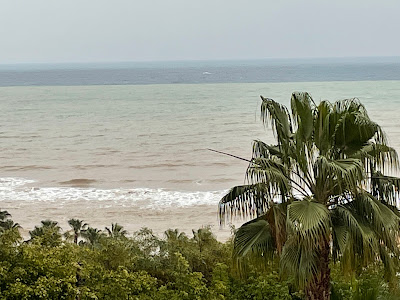 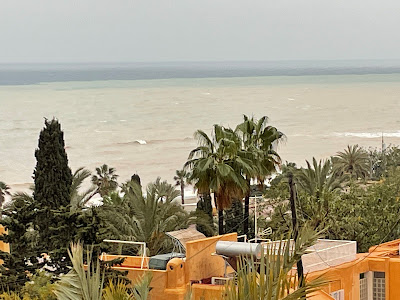 In afternoon we went down to the beach for a walk.  It was the first time I had been out since Thursday and was quite shocked to see that there are hardly any white houses left any more.  The is the “white” painted Best Indalo Hotel. 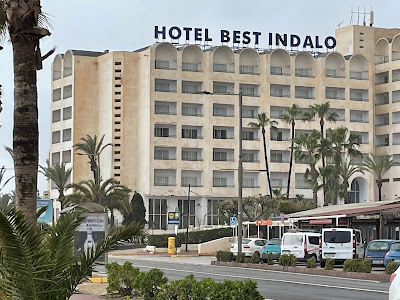 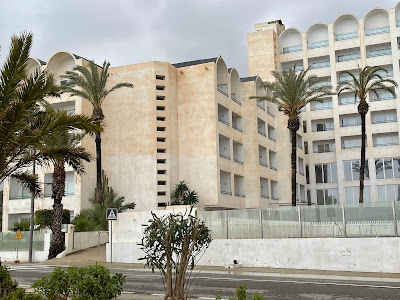 These photos are all of the villa and the sorry state it is now in.  You can see from the first one how the inside walls of the covered terrace are still white. 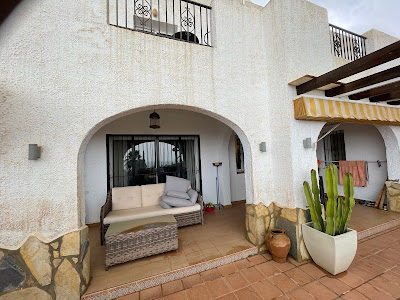 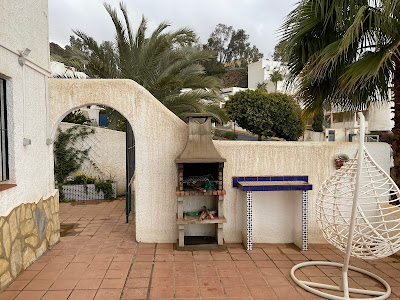 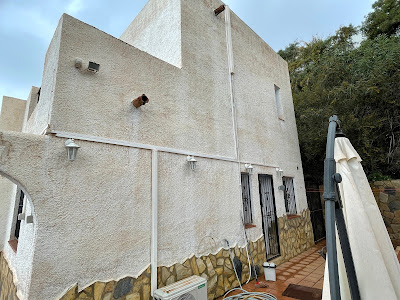 It will be interesting to see the colour of the houses next year – terracotta if people have any sense!

It was NOT raining!  I bet you are please to hear this!

Of course, I had washing out on the line before you could say “jack rabbit”.  There is so much to do as I haven’t been able to wash the sheets and towels from when Penny and Jim were here.  The fact that the washing machine takes 3 hours to do a cycle doesn’t help either.

Mother’s Day UK and Richard took me out for lunch to Badgers, it was excellent as ever.

After the mountain of lunch, which neither of us were able to finish, we went over to the beach to walk it off.  You can see from these two photos how the stormy waves have created little cliffs in the sand. 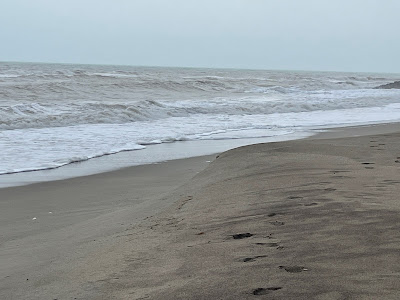 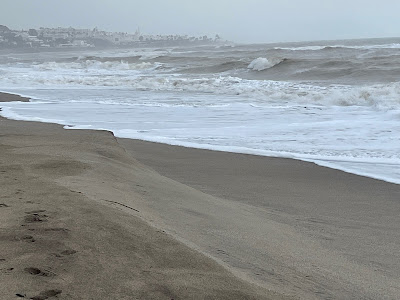 I made this little YouTube video of the waves.  When Tobyn had been here I explained to him about the seventh wave being a big one, hence my comment on the video!

By the time we got back to villa there was a lovely blue sky and glorious sunshine!  Richard usually nods off at this time in the afternoon! 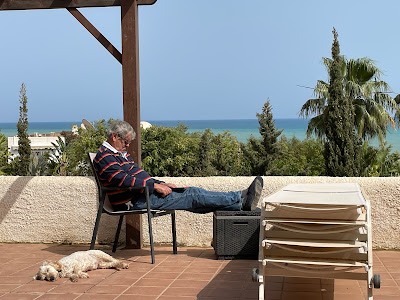 Muffin has found a new place to sit “on guard”. 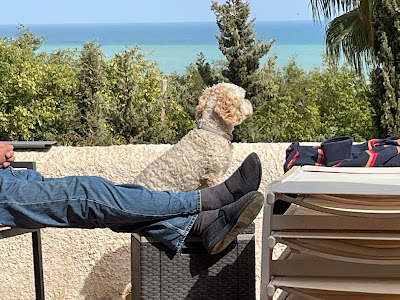 Posted by Linda Gifford-Hull at 08:27