We planned to get to Walsden today – not very far but we have plenty of time to get to Aspley Wharf before we go home next week.  There are seven locks to get down to Walsden but when we got there it was like “goose poo alley”.  Each time we got off the boat we were paddling in the stuff – it was quite revolting.  To add to it Muffin loves to eat it so there was no way on earth we could stop there.  We also felt it was not a particularly nice place – the only good thing is Grandma Pollards fish and chips which are supposed to the best fish and chips in the UK.  However their opening hours are few and far between – they don’t open at weekends and on Monday and Tuesday they close at 3.30pm!

We moved on down the canal and found a couple of nice places but once again they were messy and also we couldn’t get into the bank.

We went through a couple of locks with interesting names – Winterbutlee, Nip Square then they must have run out of names as we had Gauxholme Lower, Middle and Upper!


I’ve been trying to find out something interesting about Gauxholme and Walsden and can only come up with the fact that Walsden's name is of Anglo-Saxon origin meaning "Valley of Foreigner" or "Valley of he who is Foreign". Foreign refers to the Celtic Britons who lived in West Yorkshire at the time of the Anglo Saxon Petty Kingdoms.  It has been said in the past that it comes from "Wolves' Den", this is dismissed as a folk etymology.
At Gauxholme Upper lock we were watched by a couple of goats – they were very amusing and, according to a local, they like elderflowers and as there was a tree close by they had a real feast  from me.  Opposite was an old warehouse which has been converted into a home – it is very attractive.
As we approached Todmorden we came across the Great Wall of Todmorden.  The embankment wall was built to carry the railway along the valley edge and it was calculated at the time that about 4 million bricks were used in its construction. Following completion of the Summit Tunnel the line was opened from Manchester to Normanton on 1st March 1841. 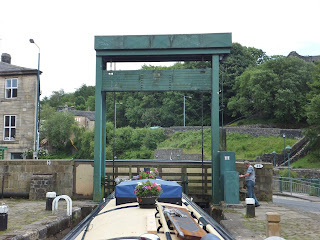 In Todmorden there is a guillotine lock.  I’m not sure how many there are outside of East Anglia and the surrounding area – it did seem strange to see it in the middle of a town.  During the 1920s the road crossing the canal in Todmorden was widened. To allow the lock to remain full length it is believed that a guillotine gate was installed. This vertically-rising gate takes up much less space than the conventional mitred gates at the head of the lock. The lock chamber itself can be shorter, as there is no need for the gates to swing inwards.
Just the other side of the guillotine lock there is a wharf with services and it is 24 hour mooring.  Goodness knows what happens if the moorings are all taken and you need water etc!  We moored up to use the services and ended up staying the night.


Richard and I both knew of Todmorden but didn’t know why.  A little research came up with the fact that Dr. Harold Shipman was linked with the town.  By 1974 he was a father of two and joined a medical practice in Todmorden, where he initially thrived as a family practitioner, before allegedly becoming addicted to the painkiller Pethidine.  He forged prescriptions for large amounts of the drug, and he was forced to leave the practice when caught by his medical colleagues in 1975, at which time he entered a drug rehab program.  In the subsequent inquiry he received a small fine and a conviction for forgery. The strange part is that a few years later Shipman was accepted onto the staff at Donneybrook Medical Centre in Hyde, where he ingratiated himself as a hardworking doctor, who enjoyed the trust of patients and colleagues alike, although he had a reputation for arrogance amongst junior staff. He remained on staff there for almost two decades, and his behavior incurred only minor interest from other healthcare professionals.  However  the local undertaker noticed that Dr. Shipman's patients seemed to be dying at an unusually high rate, and exhibited similar poses in death: most were fully clothed, and usually sitting up or reclining on a settee.  He was concerned enough to approach Shipman about this directly, who reassured him that there was nothing to be concerned about.  Later, another medical colleague, Dr. Susan Booth, also found the similarity disturbing, and the local coroner's was informed.  On 31st January 2000, a jury found Shipman guilty of 15 murders. He was sentenced to life imprisonment and the judge recommended that he never be released.  Shipman died on 13th January 2004, after hanging himself in his cell at Wakefield Prison.
The following photos are just some more I took today. 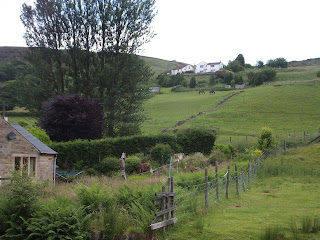 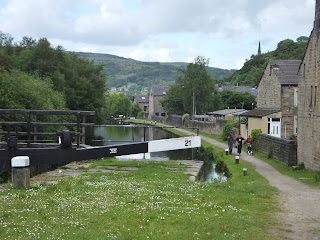 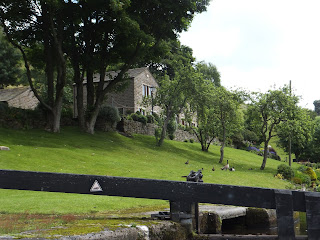 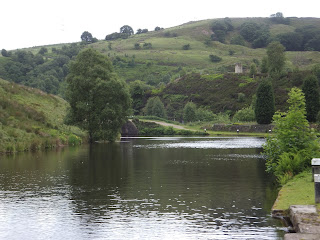