I had another bad night but not with cramp this time – mainly the heat.  We had the front doors wide open but it was still hot.  There is a local church clock which strikes the hour and I think I heard all bar two of those during the night.  I’m also having problems with the leg I hurt in my fall last week – it is extremely tight where the graze is. 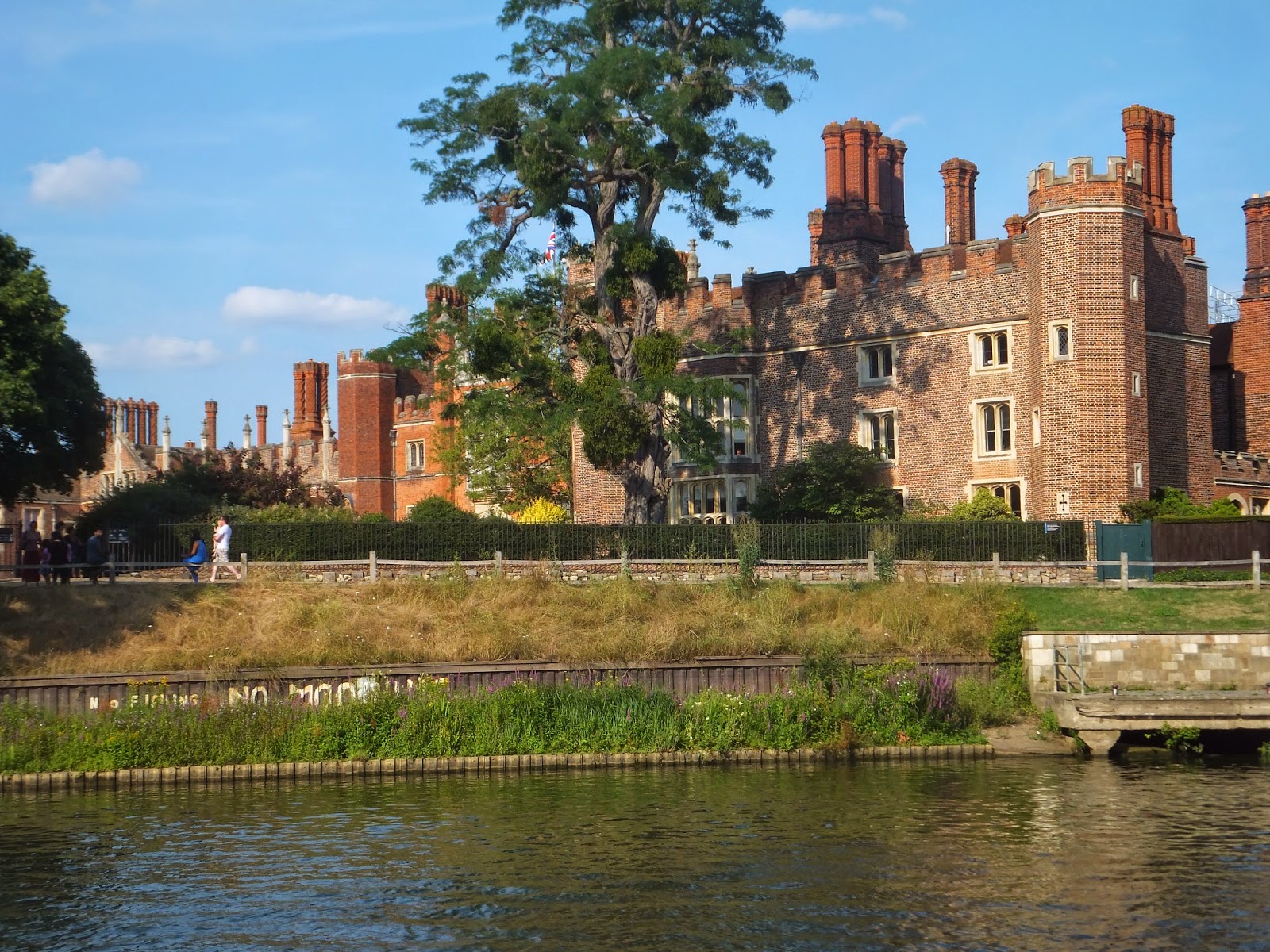 We toddled off to the chandlers to buy a second child’s lifejacket and then do some food shopping.  On our way back we took Muffin to Bushey Park for a walk and he did what we thought he might do back on the Basingstoke Canal – he tried to walk on water!!  The duck weed on the lake did look just like grass and in he went coming out with weed on his nose – I wish I had had the camera as he looked so silly!!  As we were returning to the car we noticed a large Dogue de Bordeaux (large dog!) and I realised that it was Fay and Brooke taking Minnie for a walk – small world!
This afternoon we had Fay with Brooke and Sophie’s eldest, Leo, on board for a sleepover.  We took them down to Teddington Lock and back.  To start with the kids were so excited but it didn’t take long before they started to get bored and all the toys they had brought with them came out - also there is only so many places a small child can hide for hide and seek!!  All the way back from Teddington they wanted the TV on so as soon as we moored up Richard was putting the aerial up – they watched it for about 10 minutes!!  But having said that they were so good and a joy to have on board.

Fay and I sat in the cratch on the way down river and our new cratch (well it is now into its second season) really came into its own as we were able to roll up the front and really benefit from the breeze.


Leo decided in the end that he didn’t want to stay so poor Sophie had to come and collect him.  We had a lovely evening don’t think Brooke got to bed until 10.30pm while the three of us sat on the rear deck with a glass of wine or three until 1.15am.