I had a really good night’s sleep than goodness after the last few nights.  I don’t think I woke up once! 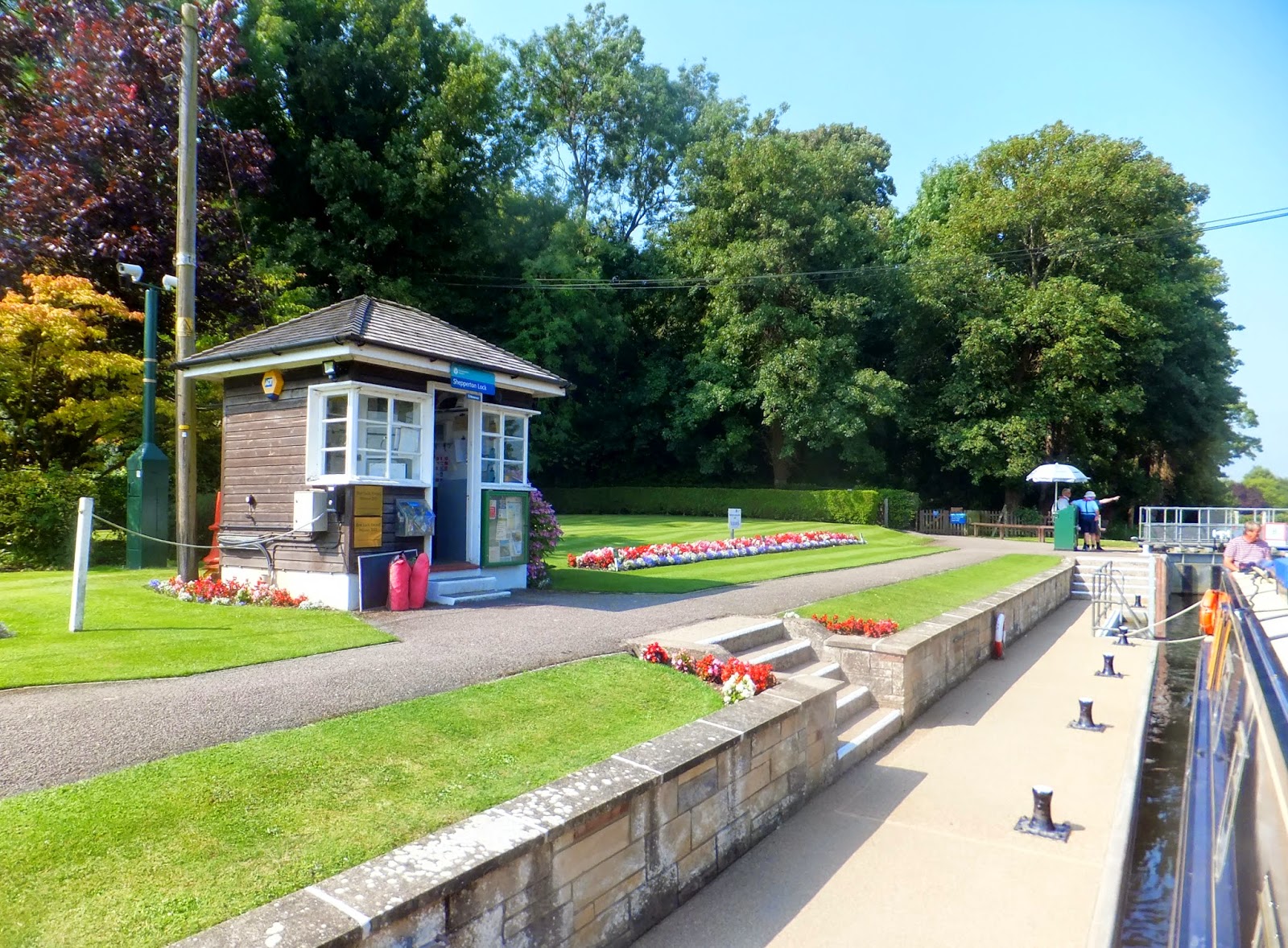 We left Thames Court and into Shepperton Lock.  The EA ran a best kept lock competition for two years in 2011 and 2012 and Steve Newman won it both times – they haven’t run it since!!  Victoria went to school with Steve’s youngest son, Ross, and that was 25 years ago so I don’t know how long he has been there for.  Steve’s wife was the first person to open a café at a lock and there were all sorts of ructions but she stuck it out and now it seems strange not to find one at a lock. 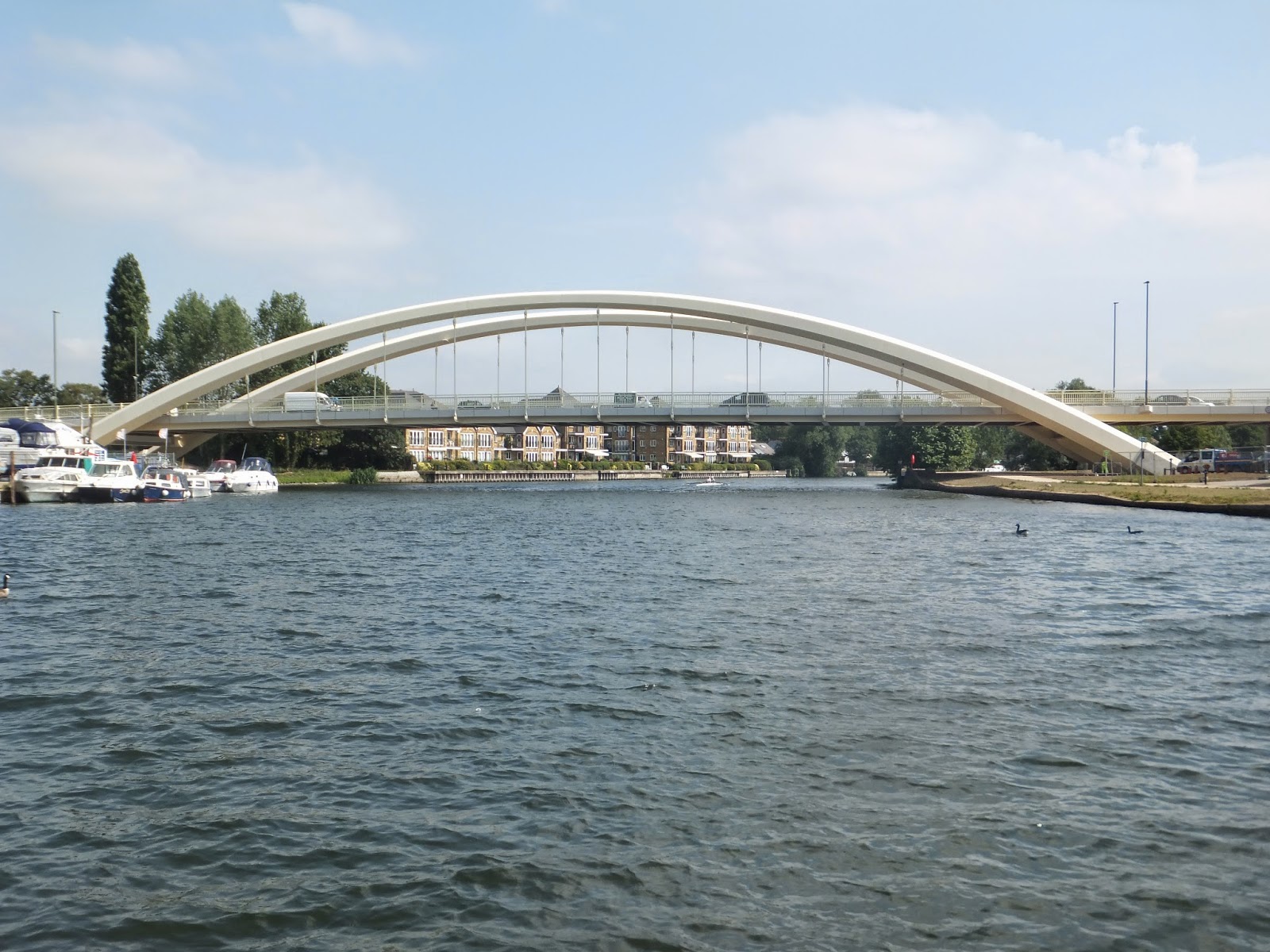 We went under the new bridge at Walton and what a lovely bridge it is too.  When I lived at Shepperton there was the old stone bridge which was used by pedestrians and a Bailey bridge for cars.  There were always queues in the rush hour and was a real bottle neck.  I hope the new bridge has solved that problem.  They are also building a café at the bridge which should be nice – there was always a caravan or similar there but a proper structure will be very popular, I’m sure.

We had hoped to call in at Walton Marina to go the chandlery but there was no mooring whatsoever – their loss!!

I have managed to get a mooring for 3 nights at Constables Boatyard in Hampton while we visit Richard’s step-daughters and their off-spring.  Constables is owned by friends of Penny and Jim who I met whilst motor cruising with P & J.  Angie and Keith were on many of the Chichester Yacht Club cruises and also at social functions and Angie and I have been Facebook friends for some time.  Thank you so much Angie, Keith and James – their son who now runs the boatyard. 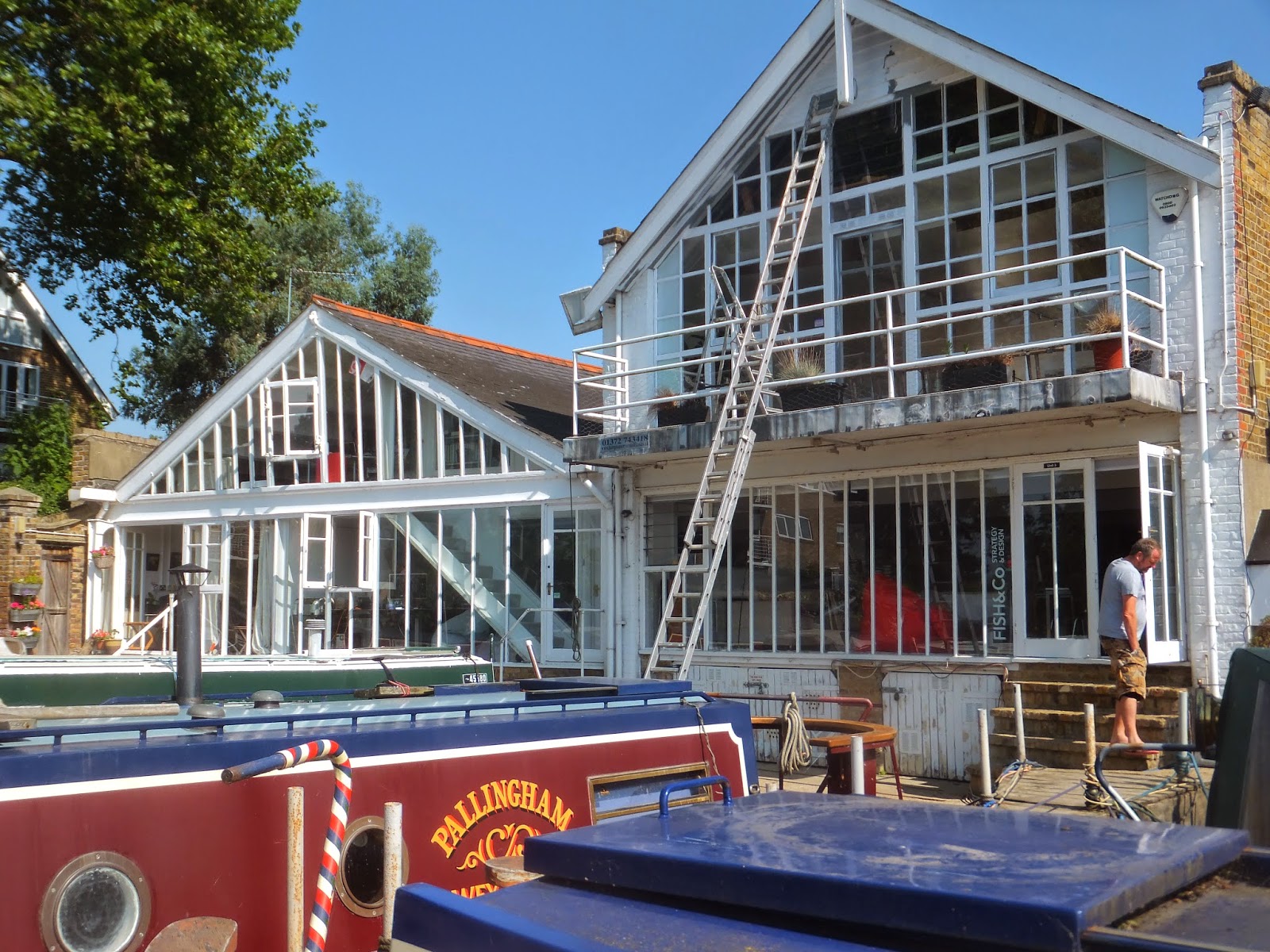 We had a lovely afternoon with Sophie, Ollie (two of Richard’s step daughters), Sophie’s youngest Rex, Ollie’s son Orlando and Ollie’s husband Charlie.  It was decided that a toddler and a crawler weren’t really conducive with a narrowboat in a boatyard so we all went to Ollie’s.  We had a lovely afternoon and the two little boys are just scrumptious!

We picked up our car from Fay’s (R’s other step daughter) so we are now mobile until we leave on Saturday.  We made good use it and took a quick trip to Homebase and then picked up a take-away.