Having had a day of rest we are now on a mission to get down to Shepperton.  Canalplan says 5 days so that is what we are going for!

We left at 9.10am in sunshine.  Down through Culham Lock which we shared with 3 white Aylesbury ducks – they have a long way to swim to get back to Aylesbury!  The lockie at Clifton Lock was a very jolly fellow today – he had been a bit miserable the other day but then it was raining.  He was trying to sell the three boats in the lock cherries from his trees.  I would have had some but I had some at Abingdon market yesterday.  He gave us a Clifton Lock fact - the 11th Hussars (Prince Albert's Own) were called the Cherry Pickers – this came from an incident during the Peninsular War, in which they were attacked while raiding an orchard at San Martin de Trebejo in Spain!!

At Day’s Lock we were pretty squashed in with a couple of motor cruisers – we wondered why the Thames locks are all such different sizes – anyone know?
Next was Benson Lock where we watched some divers doing something with floatation bags while we were waiting to go into the lock.  Sadly we didn’t see what happened as we had to go into the lock however the lockie said that they were trying to float a sunken narrowboat!  It does make sense as there did appear to be something under the water that the divers were standing on.  I looked on Google for “sunken narrowboat Thames” but didn’t come up with anything so maybe it has been there since the floods earlier this year. 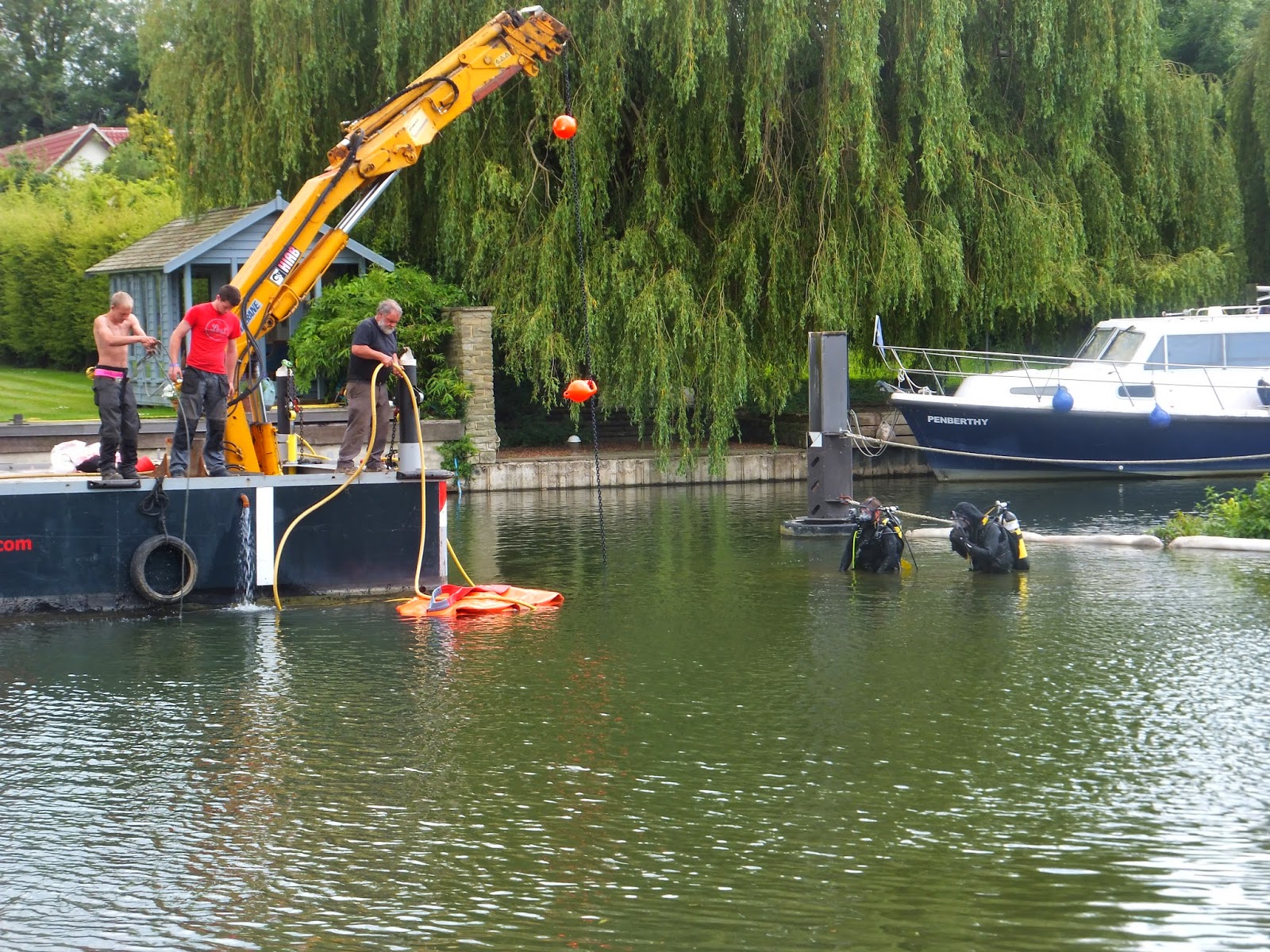 Down through Cleeve Lock and our favourite spot was empty.  We moored up and let Muffin have a run and he managed to find something nasty to roll in almost immediately – another shower!

It wasn’t long before we were joined by another couple of boats – it was a beautiful evening.