I was catching up on blog reading on my iPad in bed last night when I heard young people outside.  A young man said “I need a wee – oh I’ve done it on the boat”!!  Next thing it was “I could jump on this boat but I’d need to jump off again quickly”.  I was reading in the dark (something you can do with the iPad) and said “I wouldn’t if I were you”  He was obviously a bit shocked as he sort of yelped (!) and then they all ran off laughing!!  We couldn’t see any signs of anything nasty this morning!  I should point out that Richard slept through this though when I shouted out he did ask what was going on but couldn’t remember this morning!

After Cookham Lock we went down that very special Cliveden Reach – it really has got to be one of the best stretches on the Thames. 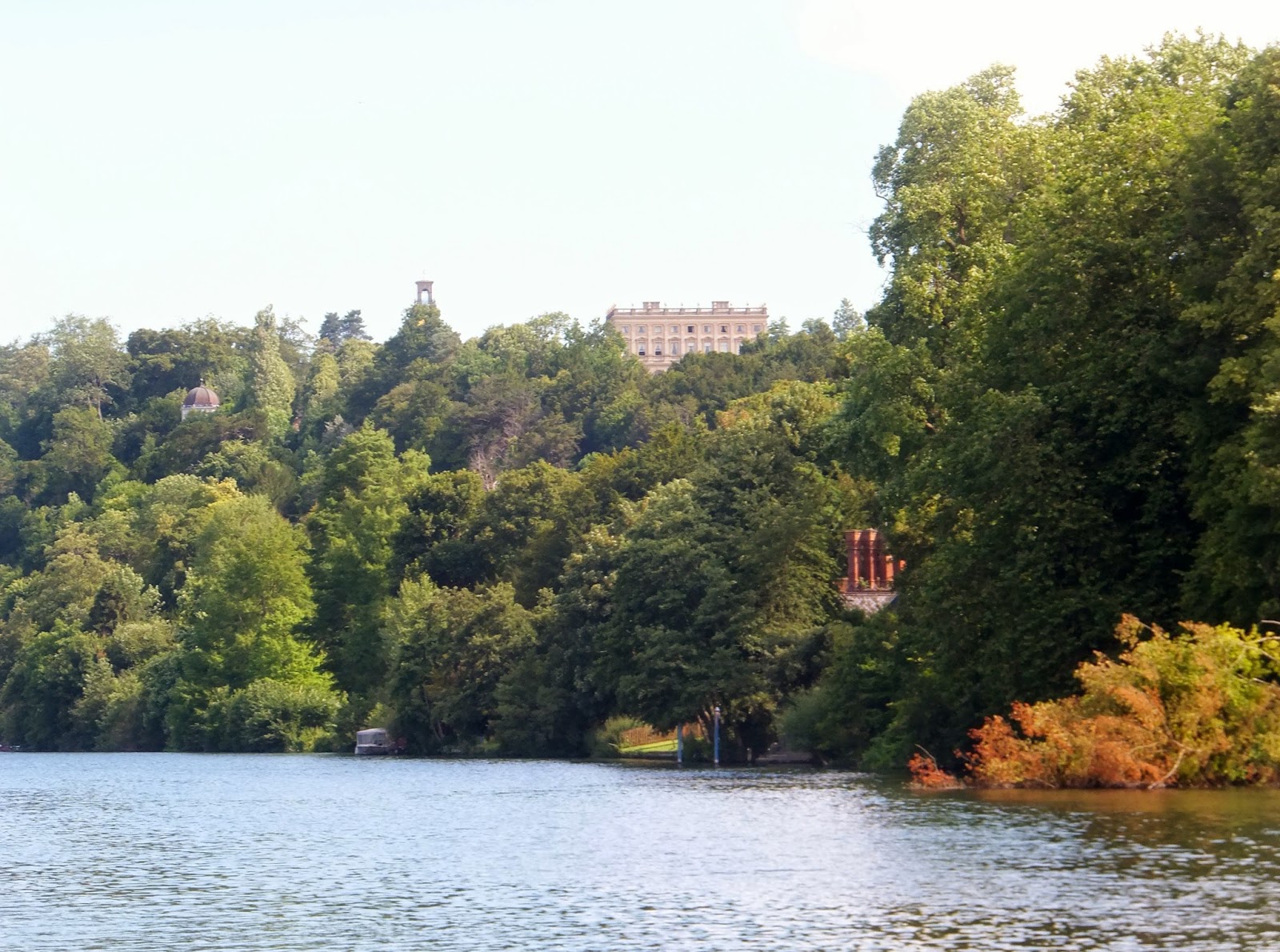 Down through Boulters Lock – I remember in my early 20s doing a few “Riverboat Shuffles” from Windsor.  Fish and chips were brought on board on Boulters Lock then the boat turned round and we carried on dancing and drinking back to Windsor!

Under Maidenhead Bridge and past these lovely houses – I always look at them and hanker after one! 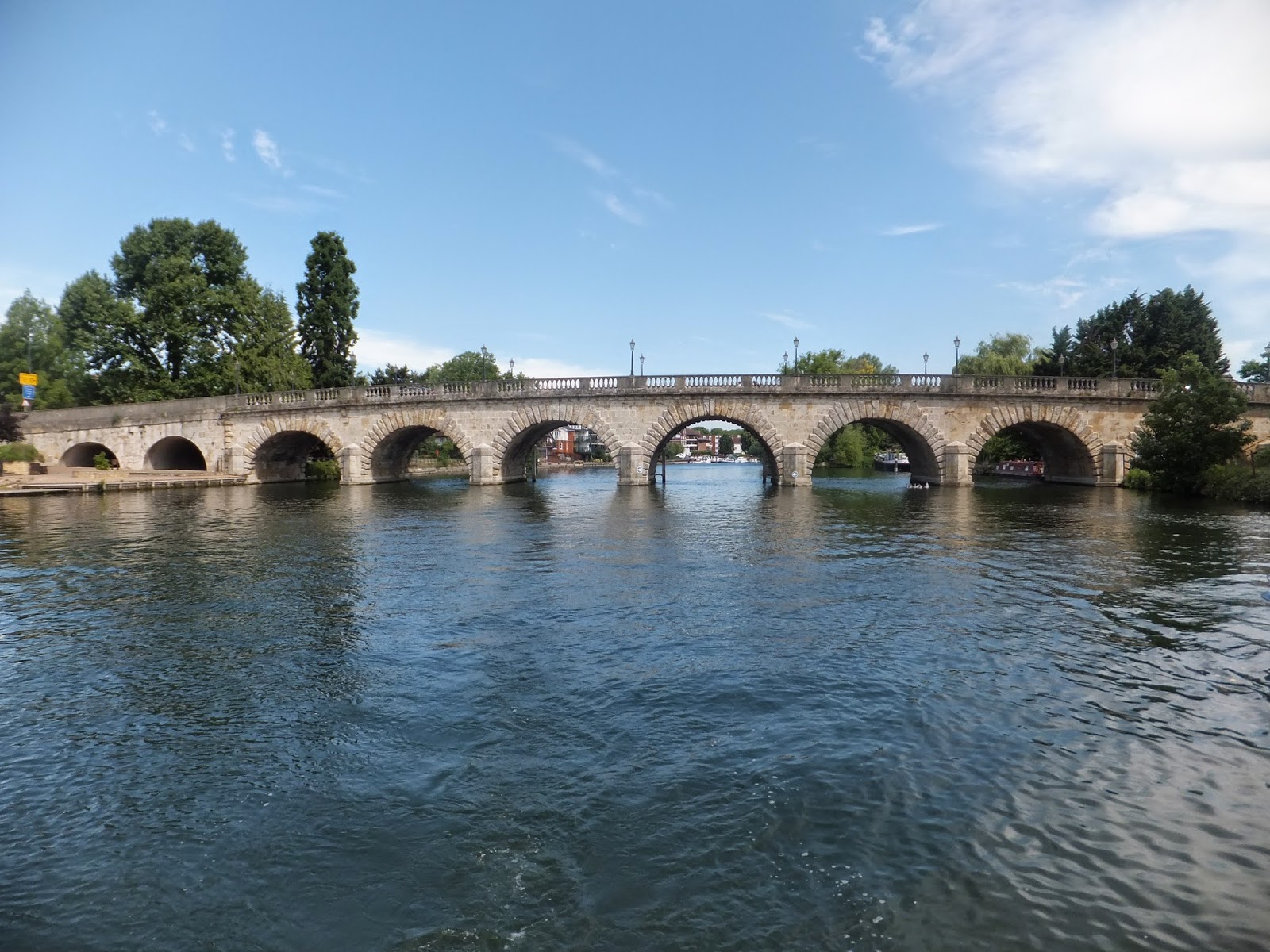 At Bray and Boveney locks I noticed that the control boxes are painted gold. This was done to mark the Olympic and Paralympic wins at Eton Dorney Lake during London 2012.  Boveney and Bray are the closest locks to the lake on the Berkshire-Buckinghamshire border, which hosted the rowing events during the Games.  They were unveiled by Sir Steve Redgrave in October 2012.

Windsor was a nightmare to moor in! We tried to get in on the Eton side as we always have in the past but we haven’t been here since 2010 and it looks as if there have been a few bank slips and we couldn’t get anywhere near the side.  Next we tried on the Island but there was a ledge so we ended up by the leisure centre but by now the wind had got up and we had a real struggle to moor up.  I was holding the centre rope at one stage as Richard knocked pins in but I felt the boat going with the wind and had to call for help.  In the end Richard had to hold her while I did the pins.  It is still very blowy and I didn’t dare put my airer up with the sheets on in case they blew away however they dried in no time in the cratch.

Windsor has its own “duck”.  I was rather surprised as I thought they had all been taken out of service since the Liverpool problems.  Did you know that originally it wasn’t a duck it was a DUKW?

The DUKW was designed and built for use in World War II.  A collaborative project between the US Army and the vehicle manufacturer General Motors saw the design of a machine based on a very widely used GM all-purpose military truck.  The final version was commissioned on 24 April 1942 and 38 days later, the first operational prototype was driven and launched into the sea for the first time.  Their triumphant highlight was, however, in the Normandy landings in 1944 when over 40% of all beach-over supplies were carried by DUKWs.