Not a good night – lots of cramp.  I know – too much alcohol and not enough water!

We had some rain in the morning which was a nice relief but not enough to do any good.  I had an email from Penny in Devon last night, saying that it had rained there all afternoon.  In some ways I would like a lot of rain but living on a boat it is nice when it’s fine.  The big problem here is the dust.  The towpath is made of some kind of chippings which are loose and whenever anyone walks, runs or cycles past there is dust everywhere.  Richard washed one side of the boat down yesterday but there is still a thick layer of dust now on the other side and inside.
Richard went to buy a paper and said that there was a market in the town – I was there within minutes!  The stalls were spread out round the town which was a nice way of doing it as it made me look at the shops too.  There was a lovely fruit and veg stall with huge peaches!
In the afternoon we took the bus to Ware to go and visit Scott’s Grotto.  It wasn’t far and just after 28 Scotts Road we found an old wooden fence and a small gate – this was Scott’s Grotto.
The grotto was built by John Scott, an 18th century poet. John Scott inherited Amwell House and its grounds when his father died in 1768. Building grottoes was fashionable at this time so when rebuilding the house and landscaping the gardens he decided to build his own.  John Scott's daughter, Maria, inherited her father's estate when he died in 1783 and when she died the property was sold and Scotts Road built. The grotto was then part of the garden for a large house on Scotts Road but this was demolished in the mid-1960s and the present modern houses on this section of the road built. The builder planned two houses for the land that the grotto occupies and had demolished the porch and the roof of the council chamber before work was stopped. However it wasn't until 1974 that East Hertfordshire District Council acquired the land and carried out basic repairs.  In 1987 the Ware Society suggested a full scale restoration scheme. James Howley, a specialist architect designed the scheme which involved replacing the demolished porch, re-roofing the Council Chamber and repairing the summer house.  The grotto is a series of interconnected chambers, extending some 67ft into the chalk hillside. It is rumoured to have cost £10,000 and is thought to have taken 30 years to complete. The chambers and tunnels are lined with shells, flints and pieces of coloured glass. 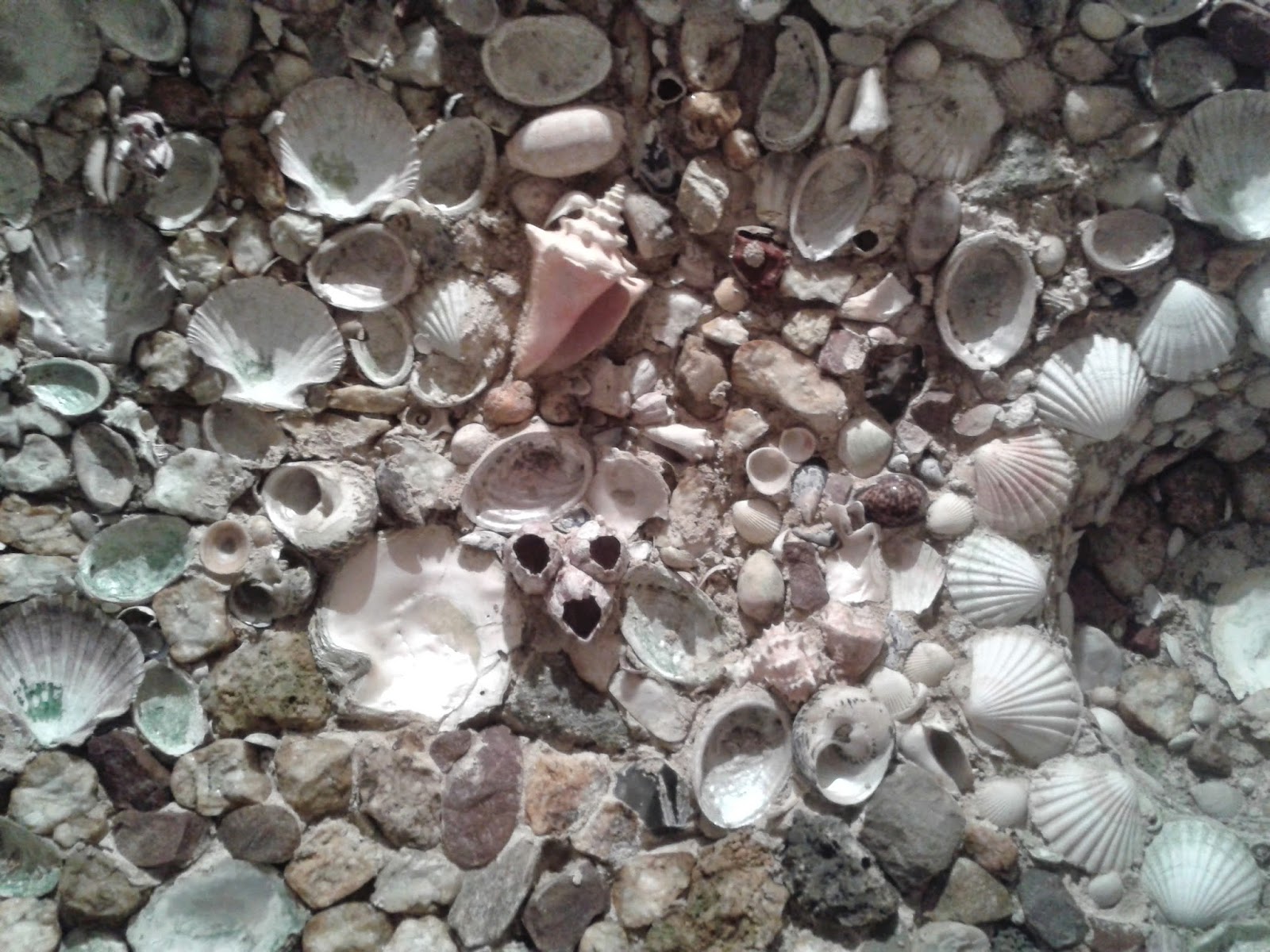 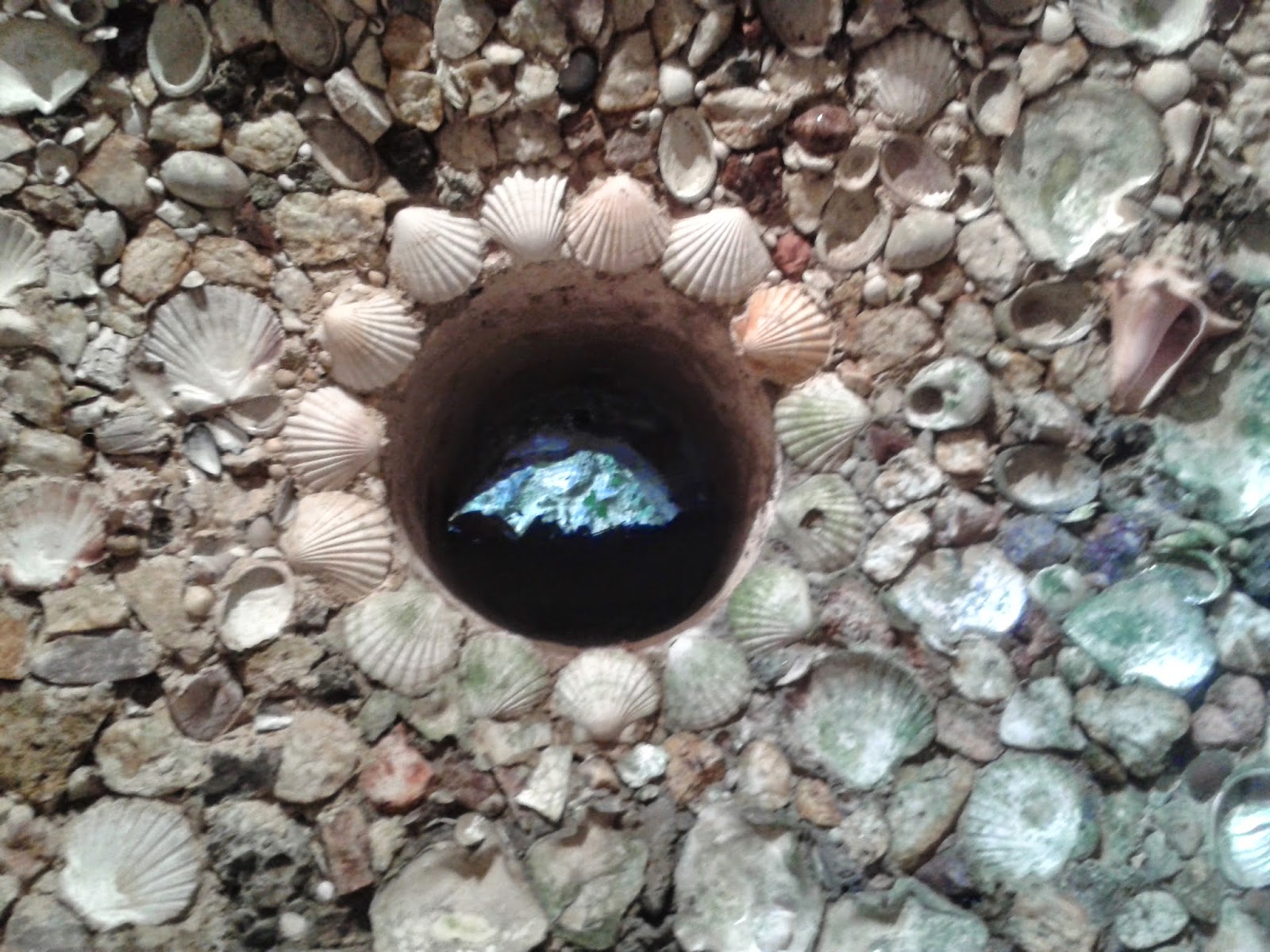 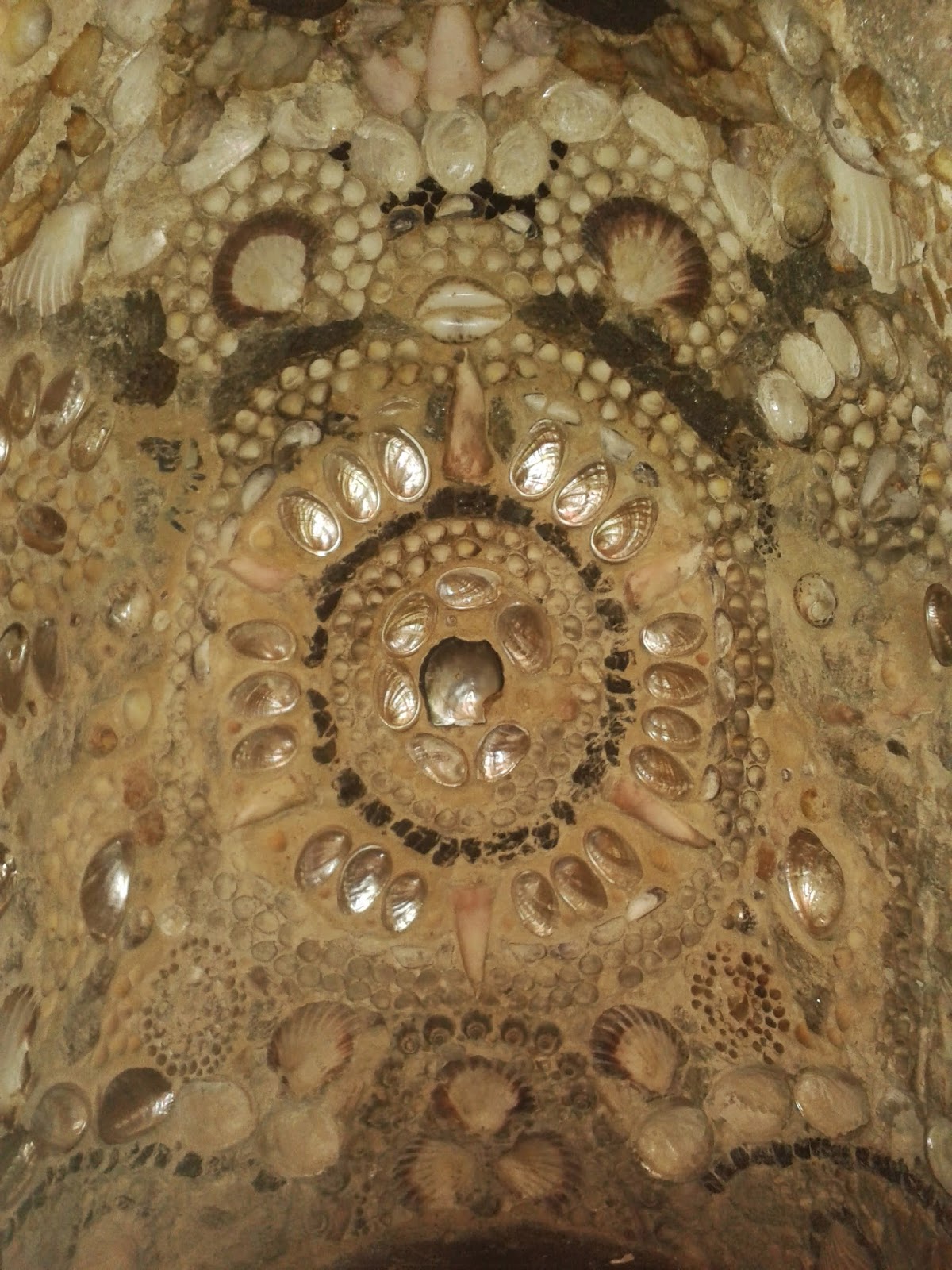 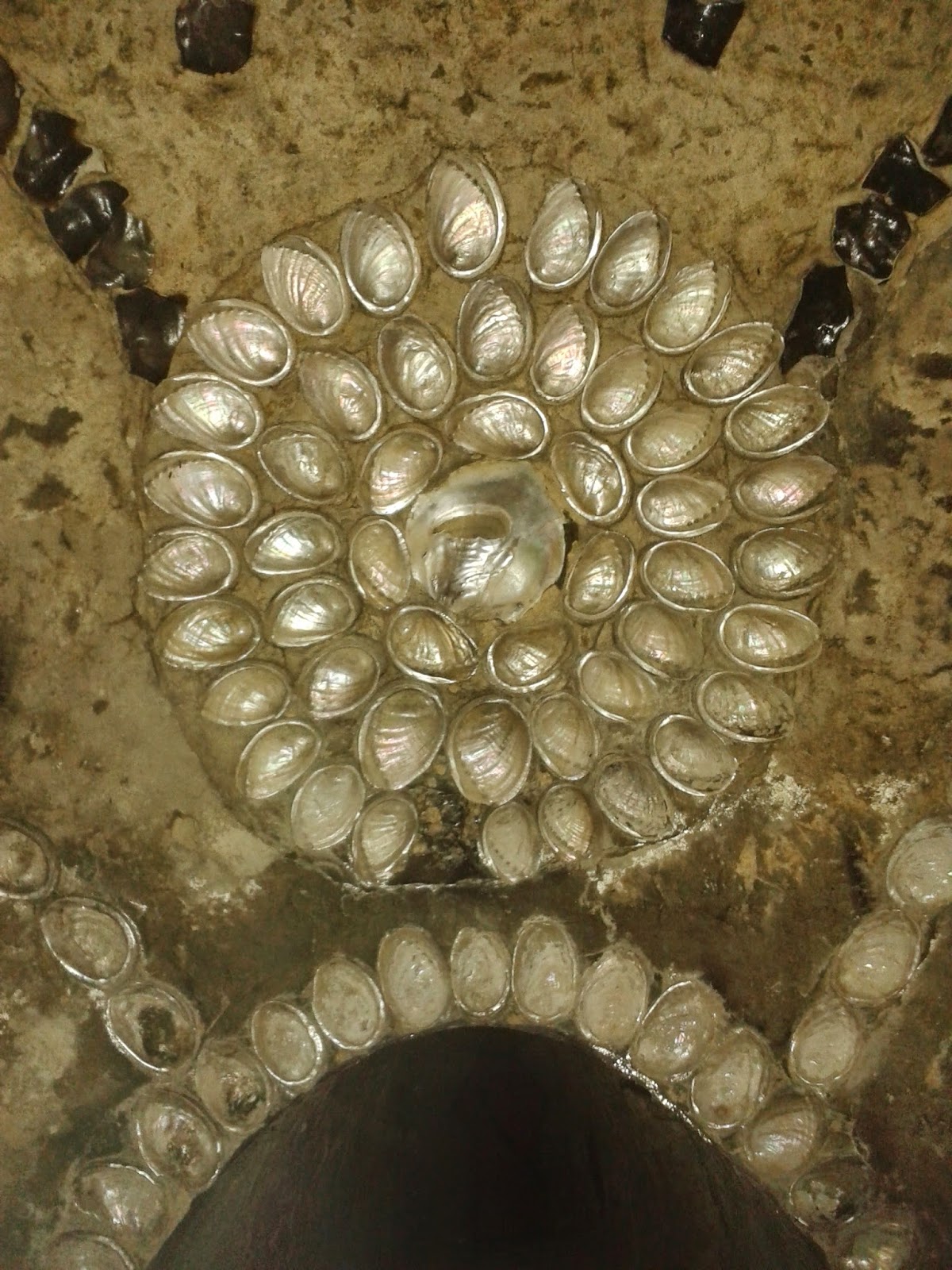 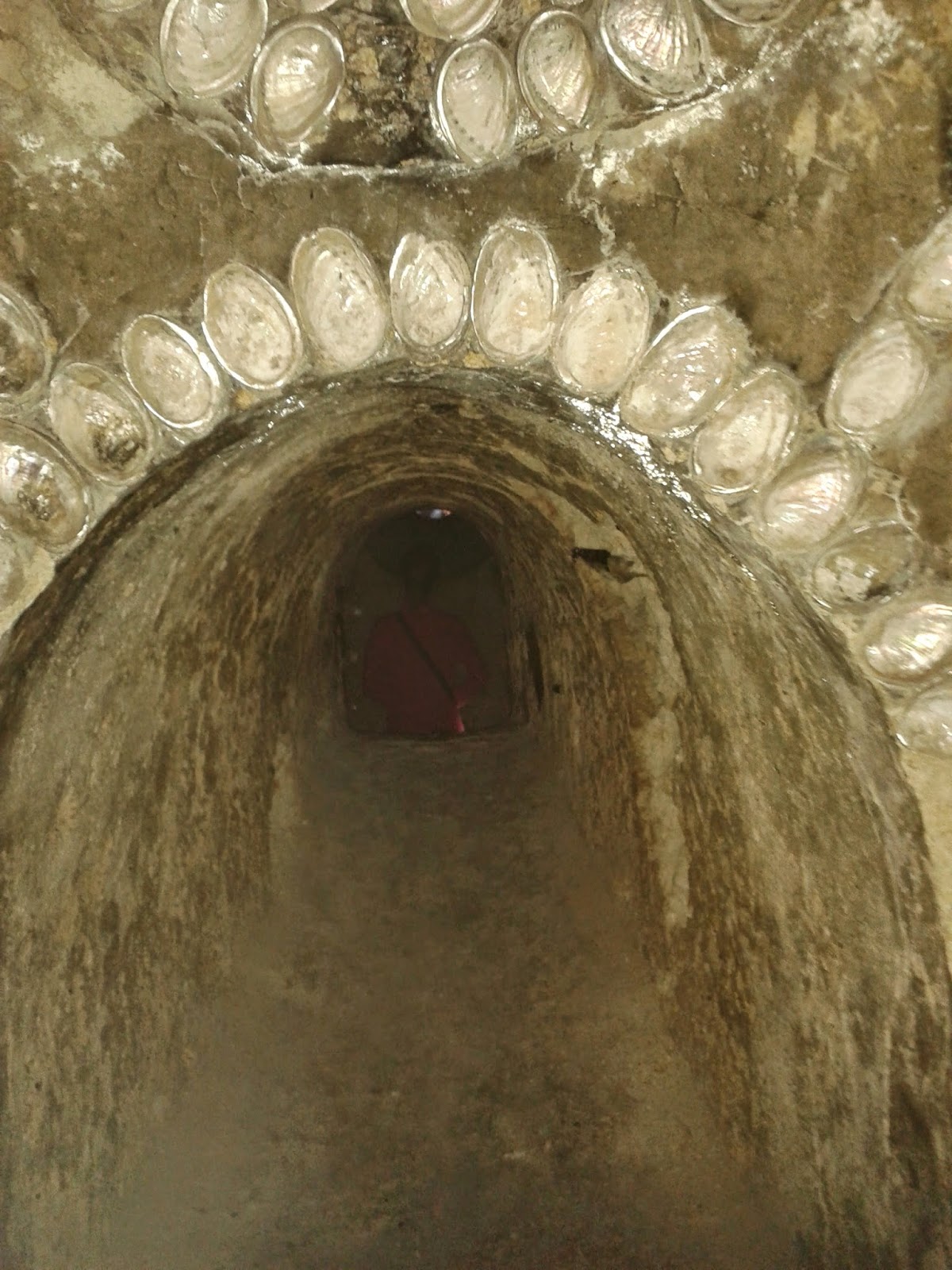 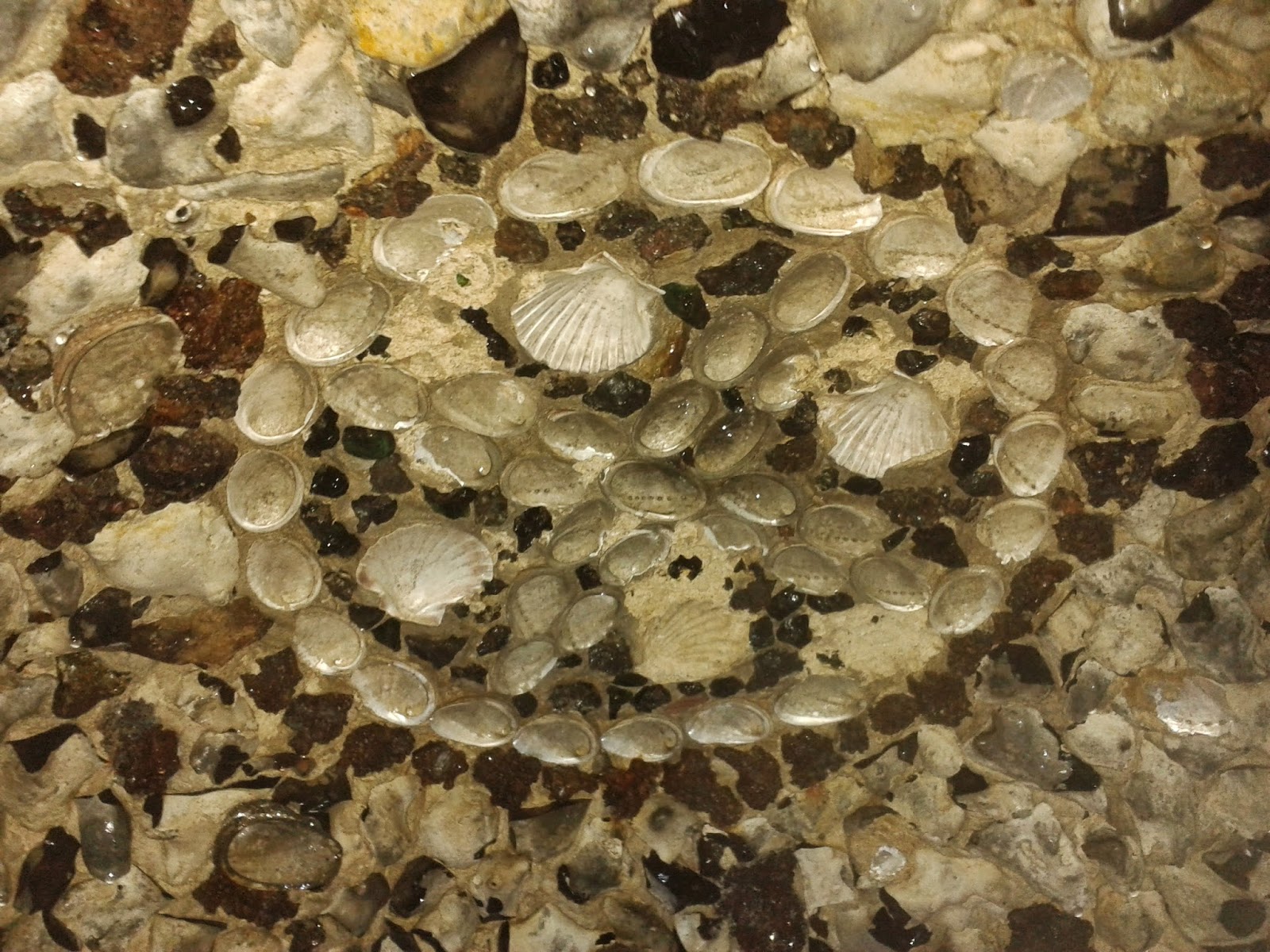 The two photos below are additions from the renovation.  The first one has two eyes, nose, mouth and a pipe and in the second photo you might be able to see a small piece of stone which is painted pink and blue – this is from the Berlin Wall. 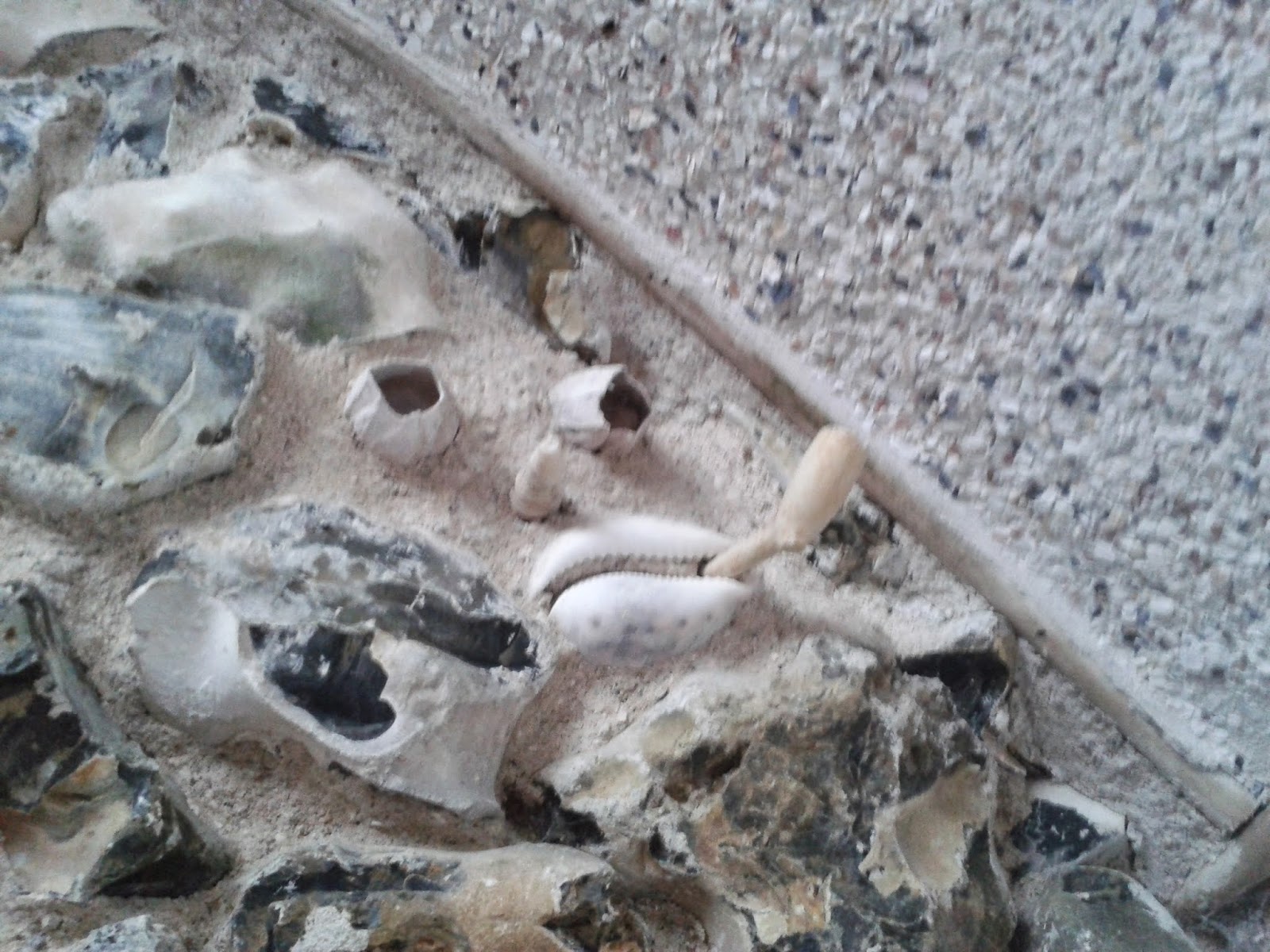 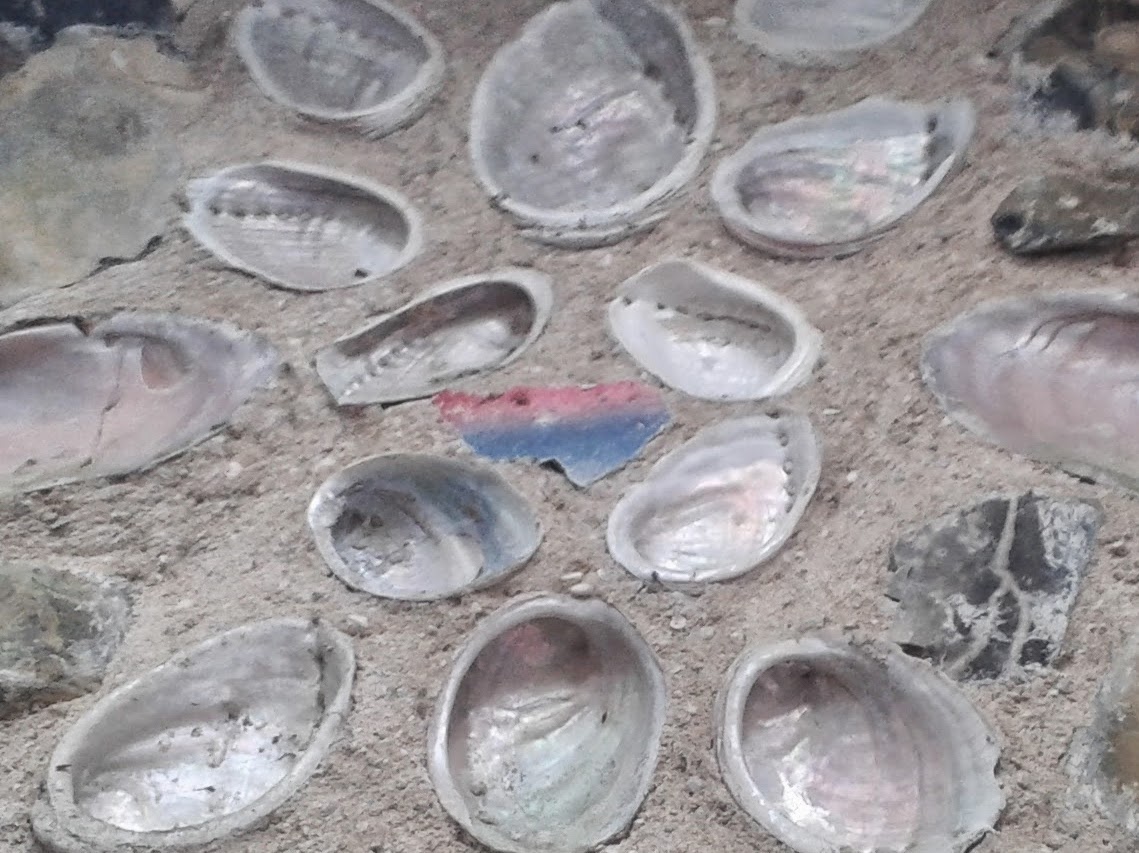 Above the grotto is a summerhouse which once would have had the most wonderful views. 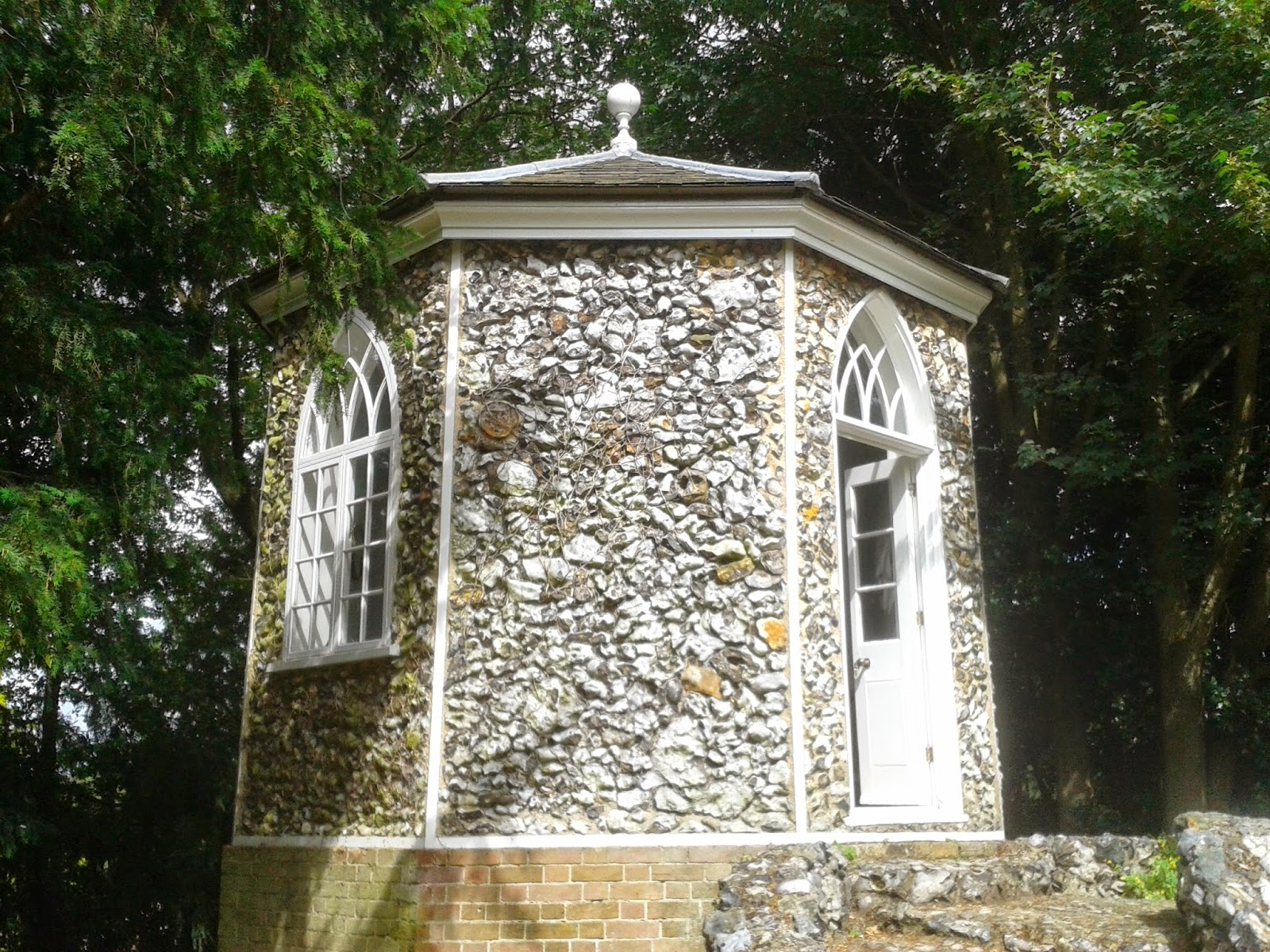 We returned back to Hertford on the bus and stopped in a local café, Serendipity Foods, for a milkshake.  Back at Mary H we sat outside until the rain drove us inside for about half an hour when we were able to sit back outside.
Posted by Linda Gifford-Hull at 11:48