We didn’t wake up until 8.30am having both slept really well – sadly Muffin hadn’t slept as well and there was poo all over the cabin and up the steps.  Poor dog must have been desperate but why didn’t he wake us or did he try and we slept through it ☹

It wasn’t far to Kingswood Junction where we took a left turn down the Lapworth Link and turned left again at Lapworth Junction. 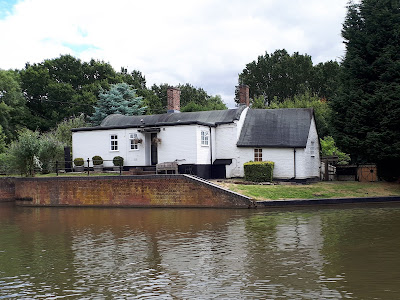 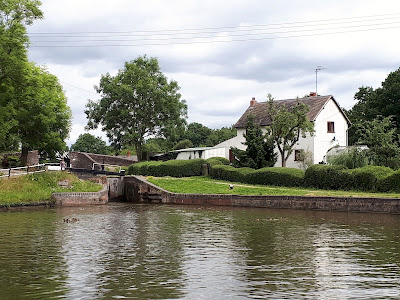 Lapworth Junction comes in amongst the 25 locks of the Lapworth flight.  Fortunately going our way we only had to do 6 of them. 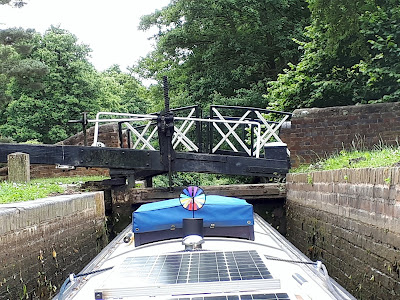 Now we were back into skinny locks – my first of the season as I missed out on the South Oxford. 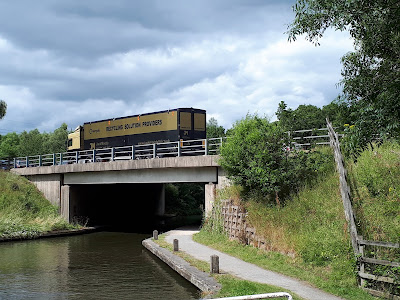 There looked to be a nasty queue on the M40!

I thought I was going to have a quiet, restful day but it didn’t work out that way!  Old Itchy Feet just seemed to keep on going – “just a couple more locks”!

We had just done our tenth lock when we came across the Fleur de Lys at Lowsonford and there were some moorings opposite with a Mary H sized space so that was it for the day and of course being opposite a pub it would have been rude not to patronise it wouldn’t it? 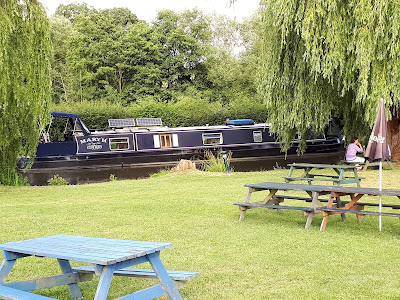 The South Stratford Canal has uniquely designed lock-keeper's cottages.  During construction of the Stratford-upon-Avon Canal - in order to save money - the cottages were single storey and had such barrel vaulted roofs. This inexpensive type of roof is ideal for construction of rectangular shaped buildings and is simply a sequence of spaced arches placed beside each other. It is also mentioned sometimes that these roofs were particularly easy to construct since the framework knowledge was already available because of the canal bridge designs.  I’m going to take a photo of each one so I know how many there are. 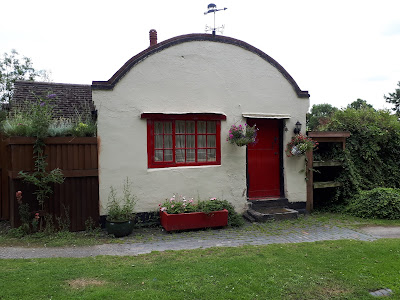