We are back!!  We did have a week in mid-June in the scorching sun and had to do the Calcutt, Stockton and Bascote Locks – it was far too hot for that sort of activity but it had to be done.  I didn’t blog as I was still publishing the posts from our big ship cruise.

Since leaving Mary H in the Saltisford Arm on June 22nd we have been to Cumbria, Cornwall and Somerset – I’ve come back to the boat for a rest!  Oh of course we have the 21 locks of the Hatton Flight to do first. 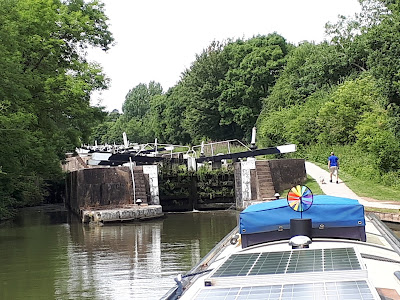 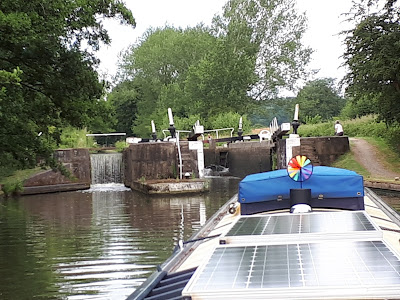 We got to the bottom of the Hatton Flight and stopped for a coffee and to see if anyone else appeared and we were in luck as a small, narrow motor cruiser, Wits End, joined us. It worked well as we went into the lock first and he came along side and left first.  The female members of both crews were incapacitated in some way!  I am suffering with my right knee as I have a Bakers Cyst which can be very painful at times and now is a painful time.  The other lady had a sprained wrist and didn’t do the steering so only did the gates as she couldn’t wind the paddles.  The traffic on the flight was light – we met four lots of boats coming down but that only seemed to be in our favour for one lock as the top locks were leaking so badly that they were filling quickly. 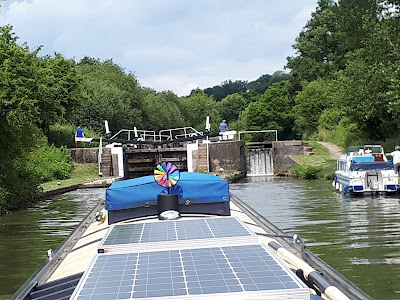 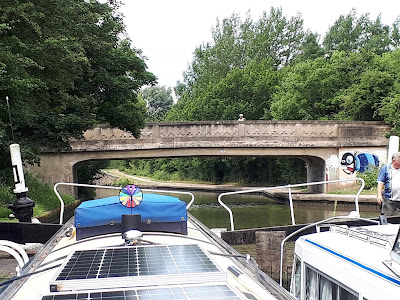 Wits End pulled over after Lock 11 which was a shame as we were joined my cousin, Simon, his son, James, and Marley the Schnauzer at Lock 13 and we shot up after that!  We had been out for dinner with Simon and his wife, Deb, last night and I think Simon felt sorry for us even though it wasn’t the best time for them to help.  BIG THANK you to Simon and James 😊 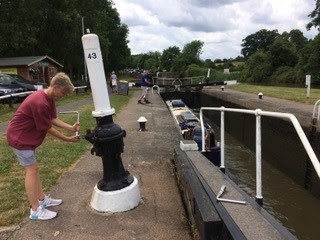 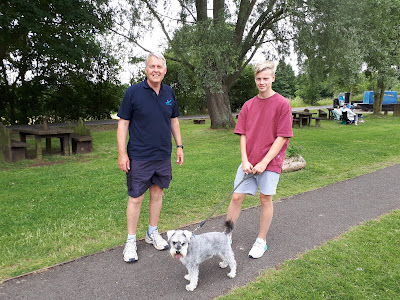 We moored up between Locks 45 and 46 (top lock) and went to the café for a late lunch – we were both ravenous! 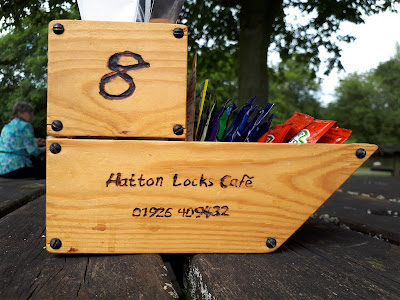 We found a nice spot to moor up and pulled over at about 4.30pm.  Both of us fell asleep for about an hour!  Fortunately, my daughter had sent us up from home with a lasagne so I didn’t have any cooking to do 😊

Posted by Linda Gifford-Hull at 11:44