We are almost at the end of our summer cruise – two more nights left on board.  Even though the boat bed, at 4 foot 6 inches, is very comfy I do miss the extra 6 inches of our bed at home!! 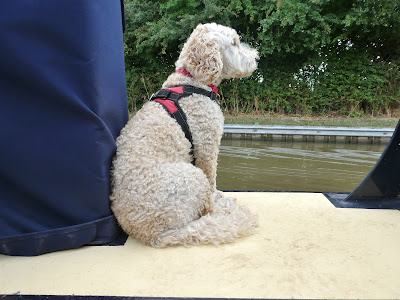 The Domesday Book of 1086 mentions Ansty as part of the hundred of Brinklow. The main landowner was Lady Godiva. The name Ansty comes from Old English Ānstīg meaning "one-path", i.e. "lonely or narrow path" or "path linking other paths".  Ansty has been cited as "the most boater-hostile village on the canals" because of the huge number of "no mooring" signs and the fact that even the local Pub refused to contribute to bridge repairs, so that boaters now have a long walk to patronise it. Ansty Club proffers a "warm welcome" but it is hard to find a mooring anywhere near.  Strangely enough a comment on the unfriendliness of Ansty was made on Facebook this morning.

The swing bridge at Rose Narrowboats at Stretton-under-Fosse is just a nuisance!  However, it does swing nicely.  Confusingly, another village in Warwickshire, Stretton-on-Fosse, has a very similar name. The latter is located at the other end of the county.  Stretton means "settlement on a Roman Road" (from the Old English stræt and tun). In this case the road is Fosse Way. 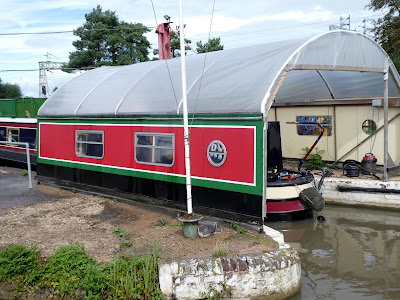 We had a very nasty short, sharp shower which enough to wet the skipper and make the ground a little soggy.

We were going to stop at Easenhall Bridge where we had stopped before but the whole stretch was taken up by liveaboards.  There were a few when we were there in April, but they have multiplied since then. 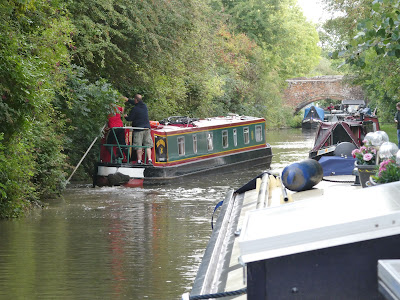 The hire boat in front of us (A) went aground at Bridge 43 as he was trying to pass moored boats (C).  Of course, at that point another boat (B) came towards us and he wanted to moor in front of the moored boats (C) just where the other boat (A) was aground!!  Got it?  Gradually, everything sorted itself out!  The water level isn’t low, but the bottom does seem a bit close to the top in places! 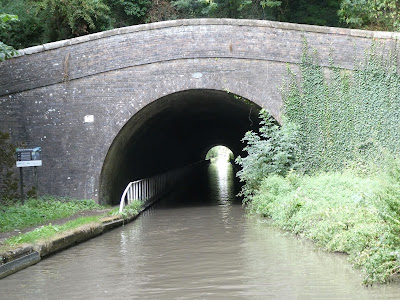 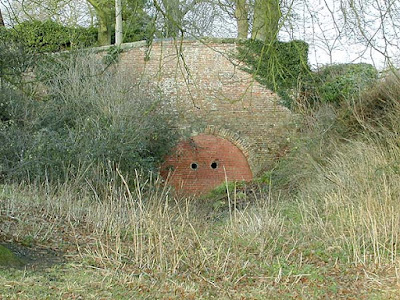 The current Newbold Tunnel is the second one to be built - the first was built in 1777 and the south entrance can still be seen in St. Botolph’s Churchyard.  In the 1820s the northern section of the canal between Braunston and Hawkesbury Junction was straightened out to reduce navigation time. This work reduced the distance by just under 15 miles.  In 2005 British Waterways and the local council paid for red, blue and green floodlights to be installed in the Newbold Tunnel.  The lights were part of the town's Diwali, the Hindu festival of light.  When we first passed through the tunnel in 2010 there were some lights still working but nowadays all that you can see are the lamps. 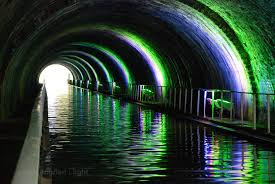 In tunnels I always sit down below with Muffin as he seems to get a bit disorientated in the dark.  When I went back on deck Richard said that the children on the hire boat ahead of us had been running up and down the roof whilst in the tunnel – dangerous or what??

We passed Clifton Cruisers and they were obviously ready for a busy weekend.  They had the boats moored three abreast making it extremely difficult to get by – thank goodness nothing was coming the other way. 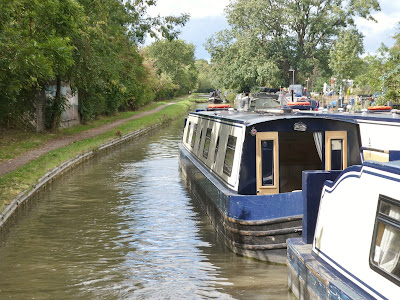 We pulled over where the old bridge 67 would have been.  It wasn’t a very clever place to stop as the new hire boaters from Clifton Cruisers all came passed us – many of whom obviously hadn’t steered a narrowboat before.  We got hit on more than one occasion!  I am not complaining as we all had to start somewhere – it was just an unfortunate place for us to moor!