We didn’t have far to go before we reached the outskirts of Nuneaton which as originally an Anglo-Saxon settlement known as 'Etone' or 'Eaton', which translates literally as 'settlement by water'. 'Etone' was listed in the Domesday Book as a small hamlet. The settlement gained its current name of Nuneaton in the mid-12th century when a Benedictine nunnery known as Nuneaton Priory (parts of which still exist) was established. A market was established in 1226, which is still held, and Nuneaton developed into a thriving market town. The nunnery was destroyed in 1539 during King Henry VIII's Dissolution of the Monasteries.  The population in 2011 was 86,552, making it the largest town in Warwickshire. Nuneaton is jokingly referred to by locals as Sunny Nunny. Pearson’s says, “pork and stuffing batches are arguably Nuneaton’s greatest contribution to civilisation”! 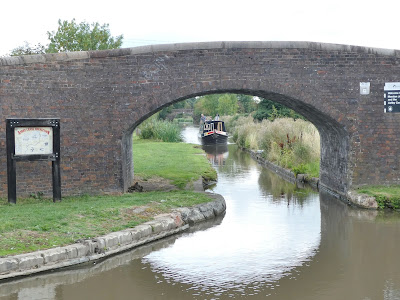 Passed Marston Junction – no going up the Ashby on this trip.  Charity Dock doesn’t change much any more. 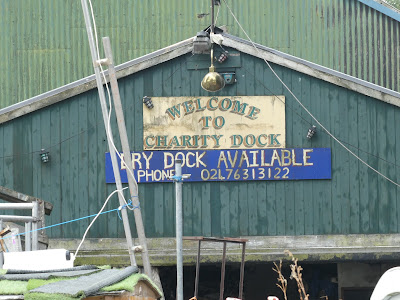 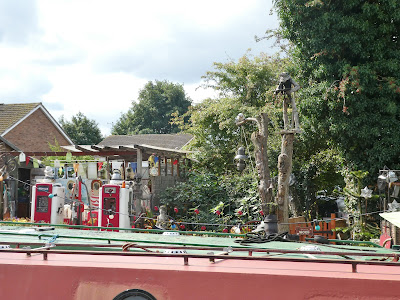 Between Nuneaton and Hawkesbury Junction are two defunct arms and one canal – Griff Arm, Newdigate Arm and The Arbury Canal.

The Griff Arm linked a colliery to the Coventry Canal.  Designed by Sir Roger Newdigate and opened in 1787 the cut was about 1,300 yards long and terminated in a basin to the south of the village of Bermuda.  Local coal, bricks and granite were transported out to the main canal along the arm.  It closed in 1961.  A group of campaigners in the area is looking to set up a restoration trust to restore the arm.

The Newdigate Canal was built between 1770 and 1795 and most traffic had ceased by 1819.  Newdigate Colliery was the last pit in the Bedworth area and closed in 1982.

The Arbury Canals were a system of private canals, in the Arbury Estate, between Nuneaton and Bedworth. They were built by Sir Roger Newdigate between 1764 and 1795 and were, basically, a folly.  They ceased to be used soon after his death in 1806.  The entire system was connected to the Coventry Canal via the Coventry Communication Canal.  The 5½ mile system had 13 locks including a four rise, a two rise as well as a strange Y shaped one.

We found a tree down across the canal about halfway between Marston and Hawkesbury Junctions.  There was just about enough room to get through. 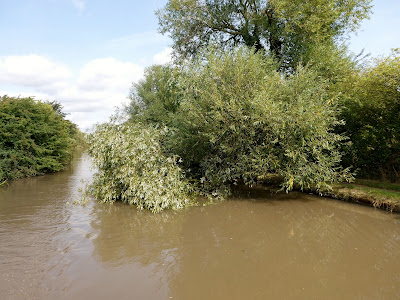 I decided that the time had come for me to turn the boat at Hawkesbury Junction!  There were lots of people sitting out at the Greyhound, but I did it perfectly and was very pleased with myself! 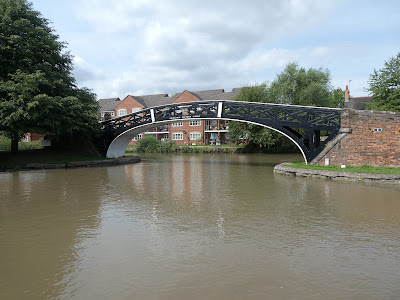 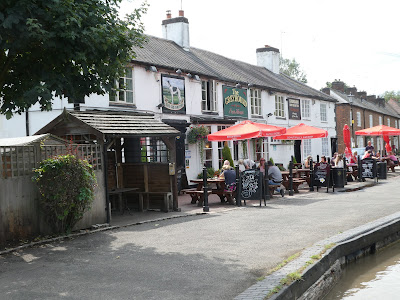 We moored up just after Sutton stop lock and walked back to the Greyhound for lunch, which was OKish!  I had heard such rave reviews about the Greyhound so was quite disappointed.  Dogs are very welcome though 😊 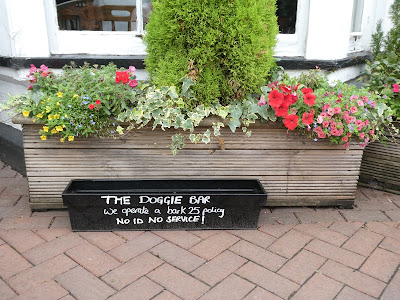 There is a disused engine house, built in 1821, on the western bank of the Coventry Canal. It originally housed a Newcomen steam engine, which was brought from Griff Colliery, where it had already worked for 100 years, and which was used to pump water from mines in the area to supply the canal. By 1913, the developing shafts of the Coventry Colliery had reached below the geographical reach of the pump engine. Named Lady Godiva, it was decommissioned in 1913 but left in place, and eventually moved to the Dartmouth Museum in the 1960s.  The building in the foreground of the photo is the old Toll House, now the den for the volockies. The junction between the canals was the source of great controversy. The Oxford Canal's Act of Parliament contained clauses which stipulated that both companies had the right to the tolls on the other's canal for certain traffic which passed between them. Thus, the tolls for all coal traffic on the first 2 miles of the Oxford Canal were to go to the Coventry company, while tolls which the Coventry Canal collected for the first 3.5 miles of travel by all goods except coal which had passed through the junction were to be given to the Oxford company. 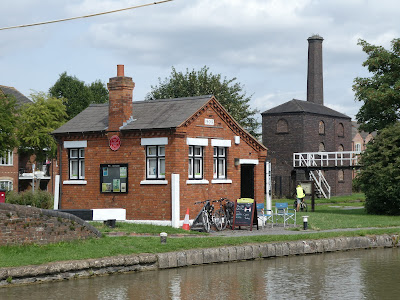 When we returned to the boat we decided to stay put for today as we have a nice mooring.

Posted by Linda Gifford-Hull at 10:03