We pulled pins at 9.40am then under the lift bridge (don’t worry I had lifted it!) and tied up to empty the cassettes and fill up with water.  I found these standing stones by the basin - they make up a lovely poem.

“Heron.  Dead centre down the still canal.  A blue ghost flies with a mussel shell clamped lightly in its bill.  Folding the daybreak’s river mist with the creaking steps of its flight past the diamonds and daisies on the cratch of the narrowboat clove hitched to a cast iron bollard, past the dredger’s hopper, the humpbacked bridge then drops the empty shell still hinged by a thread among flints and ashkeys on the tow-path.” 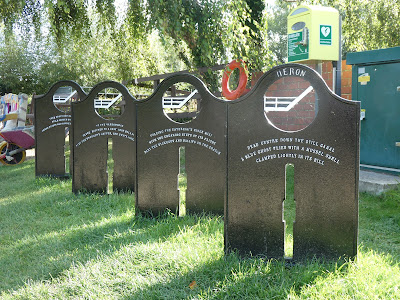 I also found a yarn bombed seat and wheelbarrow. 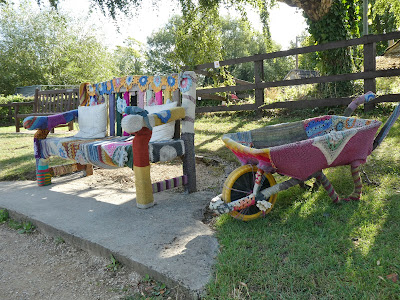 There is a display case of tiller pins for sale – I had my eye on the lighthouse one and dropped a subtle hint to Richard “I would like that” but sadly the “hint” didn’t work! 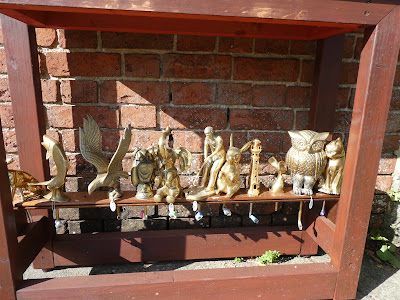 From Thrupp we headed up towards Upper Heyford – our goal for today. At Shipton Lock where the canal and the River Cherwell merge for a while there is a digital sign showing the river state, however the lights are flashing randomly – I’m glad we aren’t worried about flooding at present. 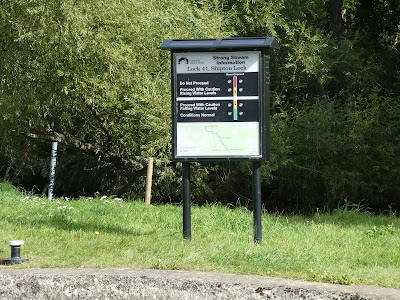 Just before Baker’s Lock is a railway bridge.  There is a sign that says, “Stop and wait for an escort”.  There wasn’t a soul in sight so we went through and just hoped that there wasn’t anything under the water that we couldn’t see. 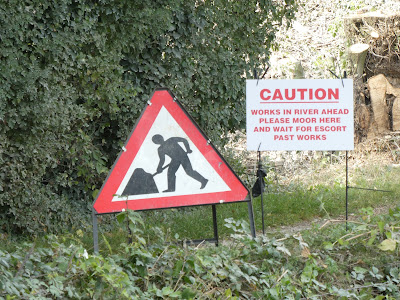 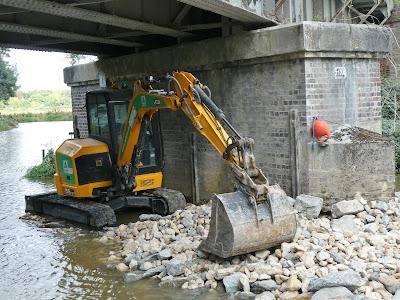 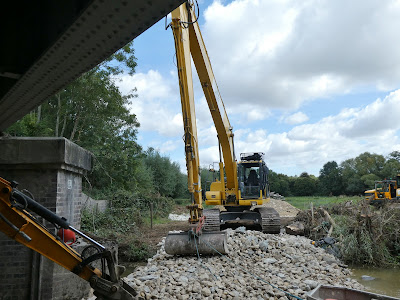 We stopped for lunch just after Pigeon’s Lock and then continued on our way.

As we approached Dashwood’s Lock a boat was coming out and, believe it or not, one was coming down the canal just as we were leaving – how good was that???

The moored boats at Lower Heyford seem to go on forever and on tick-over takes an inordinate time.  However, the last boat was the one we were looking for – Travels with Tea along with Trishie and the two flat coat retrievers, Pip and Roo.  Jem has gone back to work, so he wasn’t there when we arrived.  Trishie came on board for a cup of tea and then went back to await Jem’s return.  Later on, Richard and I walked down to Travels with Tea and we had a lovely evening drinking the odd glass of wine and catching up.

During the afternoon a boat, Bella Blue, came past and the lady at the helm said that she reads my blog.  I do love it when readers become people!