Saturday 14th May – Charleston Lake (Ontario, Canada)
Saturday morning was an early start as we had a taxi coming for us at 7.30am.  I was doing the right thing and checking in with 3 hours to spare as it was an international flight but the US don’t seem to count Canada as being international!  Anyway with such an early check in we had plenty of time for breakfast.  We then wandered to the gate and sat in the lounge listening to the fact that our flight was delayed by 20 minutes.  When it was time to board we were hustled onto the plane and took off in a hurry!  The flight was just under 2 hours and, even with the delay, we still landed in Toronto on time!  Toronto Airport was easy peasy compared with Boston and we were out, in a taxi and on our way to collect our RV.  I had gaily said that we would pick it up at 2pm and it was 1.50pm when we arrived.
When we checked in to Canadream 5 day ago we had to watch a video which showed us how to do everything.  It was very informative and today we were given the written brochure of the same thing. We had to check the van all round agreeing with damage already on it!  It is a 2022 van with 17,000 kms on the clock so it is pretty much in pristine order. 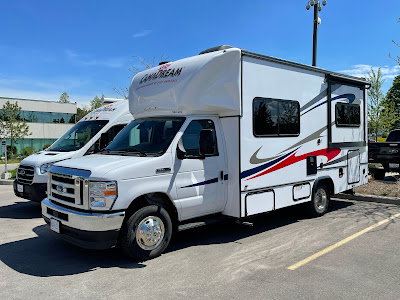 We did a bit of unpacking then decided to leave the rest.  We drove to Walmart to do our shopping as I needed to get a Canadian SIM activated.  I had spent a lot of time trying to work out which was the best SIM to get and, thanks to another newly found cousin, Kathy, who lives in Vancouver it arrived in perfect time.  What I then discovered was that I couldn’t activate the SIM with a UK credit card so had to wait until I was in Canada!  We were in Walmart for an hour as the only guy on the electronic desk had a queue to deal with.  Anyway I got it done and we then had internet up and running.
We set off for Charleston Lake, a 3 hour drive away.  In hindsight I would have stopped before Charleston but we all know about hindsight!!  Richard was finding the RV quite difficult to drive as the steering wasn’t very positive and he was getting a bit stressed especially as it started to get dark.  Fortunately the drive, except for the last bit, was all on a 3 land highway.  When we arrived at Charleston Lake the office was closed but as we had our pitch number we were able to drive to it and get ourselves set up.  As caravaners we are used to setting the caravan up, making sure it is level, putting the legs down, filling the water containers and finally connect the electric cable.  With the RV all we had to do was connect the electricity cable only Richard couldn’t find the electric post and said we didn’t have any electricity.  As usual it was obviously a man look as I found it, though it was in the woods!  I did a bit more unpacking and then gave up!  It was late and really too late to start cooking so we ended up with cereal.
An easy first part to the day with a rather stressful ending!
As there is only one photo for today I will add a few more of Boston here. 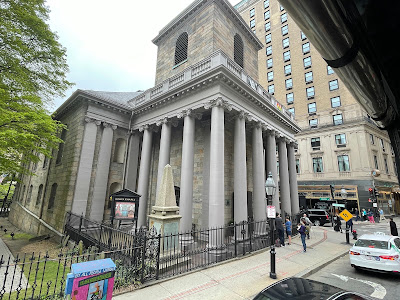 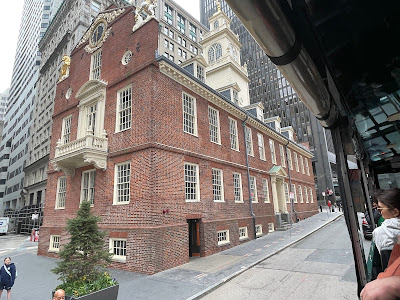 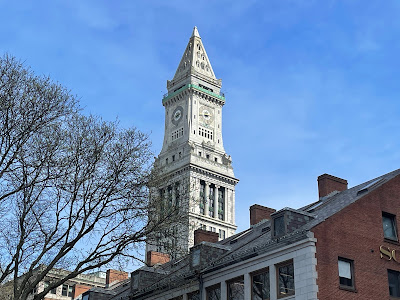 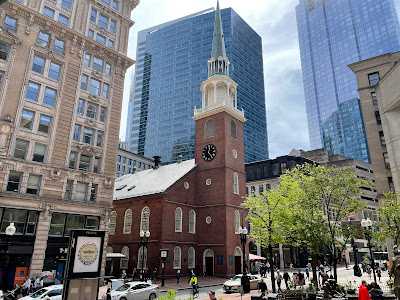 Sunday 15th May – Charleston Lake
We woke up refreshed after a good night’s sleep, thank goodness.  I finished the unpacking and then we drove to Gananoque.  We parked up by the water and had lunch before deciding to go on a boat cruise.  We had 10 minutes to spare before the boat left but managed to get our tickets and run to the boat.
Gananoque is known for being the gateway to the 1000 Islands and is internationally recognised as one of Eastern Ontario’s most stunning waterfront communities.  The 1000 Islands are referred to by the Iroquois Nation as the “Garden of the Great Spirit”, the tranquility of the area belies a history of adventures, wars and rebellions. 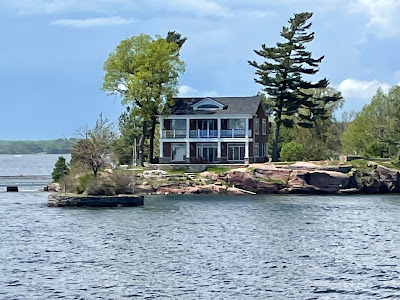 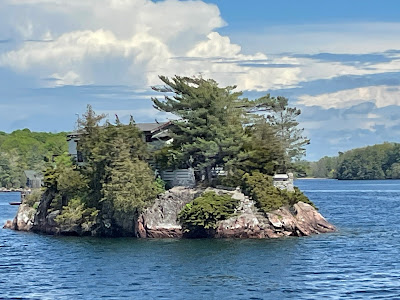 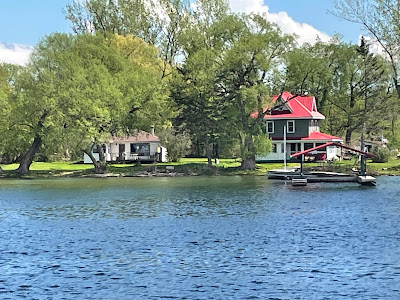 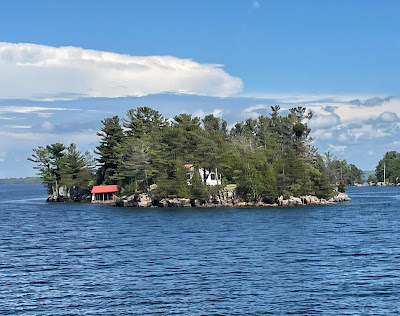 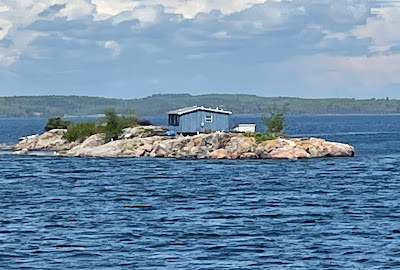 The 1000 Islands are an archipelago of, in fact, 1864 islands that straddle the border between Canada and the USA.  They stretch for about 50 miles downstream from Kingston.  The islands range in size from over 40 square miles to smaller islands occupied by a single residence, or uninhabited outcroppings of rocks. To count as one of the Thousand Islands, emergent land within the river channel must have at least one square foot of land above water level all year round, and support at least two living trees.  Our Captain told us that the Canadians have more islands than the Americans, but the American islands are bigger!!
From Ganaoque I directed Richard to Howe Island, but when he discovered that it entailed a ferry he decided that it wasn’t a good idea!  However I found a nice way back to the campsite and we discovered a lock on the Rideau Canal. 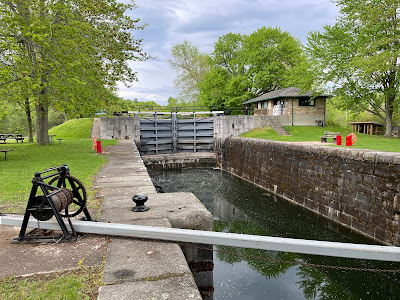 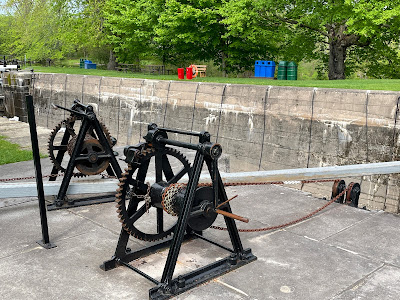 The Rideau Canal connects Canada's capital city of Ottawa, Ontario, to Lake Ontario and the Saint Lawrence River at Kingston. It is 202 kilometres long. The name Rideau, French for "curtain", is derived from the curtain-like appearance of the Rideau River's twin waterfalls where they join the Ottawa River. The canal system uses sections of two rivers, the Rideau and the Cataraqui, as well as several lakes. The canal was opened in 1832 as a precaution in case of war with the United States. It remains in use today primarily for pleasure boating, with most of its original structures intact. It is the oldest continuously operated canal system in North America.  In 2007 it was registered as a UNESCO World Heritage Site.
We made ourselves a cup of tea and sat out at a picnic table in the sunshine 🌞
Back at the campsite we had dinner and then tried to see if we could connect my phone up to the TV – YES we could!  I had downloaded masses of Netflix programmes plus a few others so I was very grateful that it worked.  We started watching the second series of Bridgerton but only managed one episode!
Posted by Linda Gifford-Hull at 19:31