Last night Richard promised me Sunday lunch at the Blue Lias but this morning he decided that we needed to move on as he was unhappy about being moored so close to the lock.  After a lot of muttering (on my part) I agreed that we weren’t in the best place.  Richard said that he would potter on up to the lock while I got dressed (so no showers then?) but a boat came out of the lock and was extremely happy when Richard asked if they would like to pair up the Stockton flight.


I had hoped to say hello to Brian and Diana from NB Harnser when we went for our Sunday lunch but, of course, that didn’t happen.  Brian and Diana - we will catch up with you again somewhere. 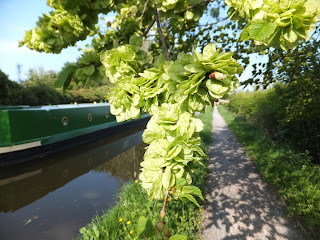 We soon got a system going with Pauline and Nigel on their hire boat.  They have been hiring for 8 years so know what they are doing.  Pauline and I were steering and were going between locks side by side and managing very well but at the second to top lock there was a hold up as a hire boat was waiting for a single hander to come down from the top lock and join them.  There were quite a few boats coming up so the whole flight came to a halt.  Eventually we were ready to move on out of our lock and into the next one.  Pauline and I had agreed to go together and let the other two boats split – this seemed like a good idea until the hire boat came out (first) and somehow managed to get themselves across the pound in front of us!!  In the end they got themselves straight but completely on the wrong side of us – interesting!!  Nigel said that if he had had a camera he would have put the video up on Utube! 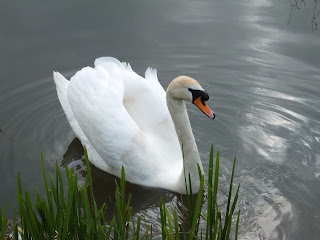 We got to the top and said goodbye to Pauline and Nigel as we planned to stop, possibly near The Boat to have our Sunday lunch.  However when we moored up there was no internet signal and I had the choice of Sunday lunch or internet – internet won and we moved on up the canal a bit.


We had a quiet afternoon sheltering from the storm that had been forecast – yeah right – what storm BBC?  There was a little light rain and it was very grey so I think we did the right thing. 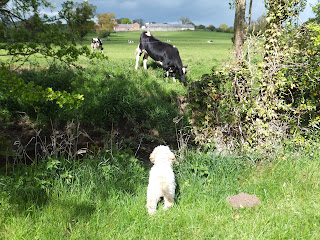 As it was such a grey day I didn’t take any photos so today’s offering are from earlier on this summer.