Another sunny day and the solar panels were busy doing their stuff.  Steve and Diane wanted to leave at 10am as once back at Newbury they need to drive home ready for work in the morning.  Do we miss those days – do we heck!!

We went down through Kintbury Lock – hmm yes we actually did it today - and then cruised eastwards.

There was definitely more traffic on the canal today and we met oncoming boats at each lock.  We also followed a hire boat down through a couple of locks – the skipper had managed to fall in between the boat and the lock waiting and couldn’t get out fortunately his wife was able to put a rope round him and haul him out! 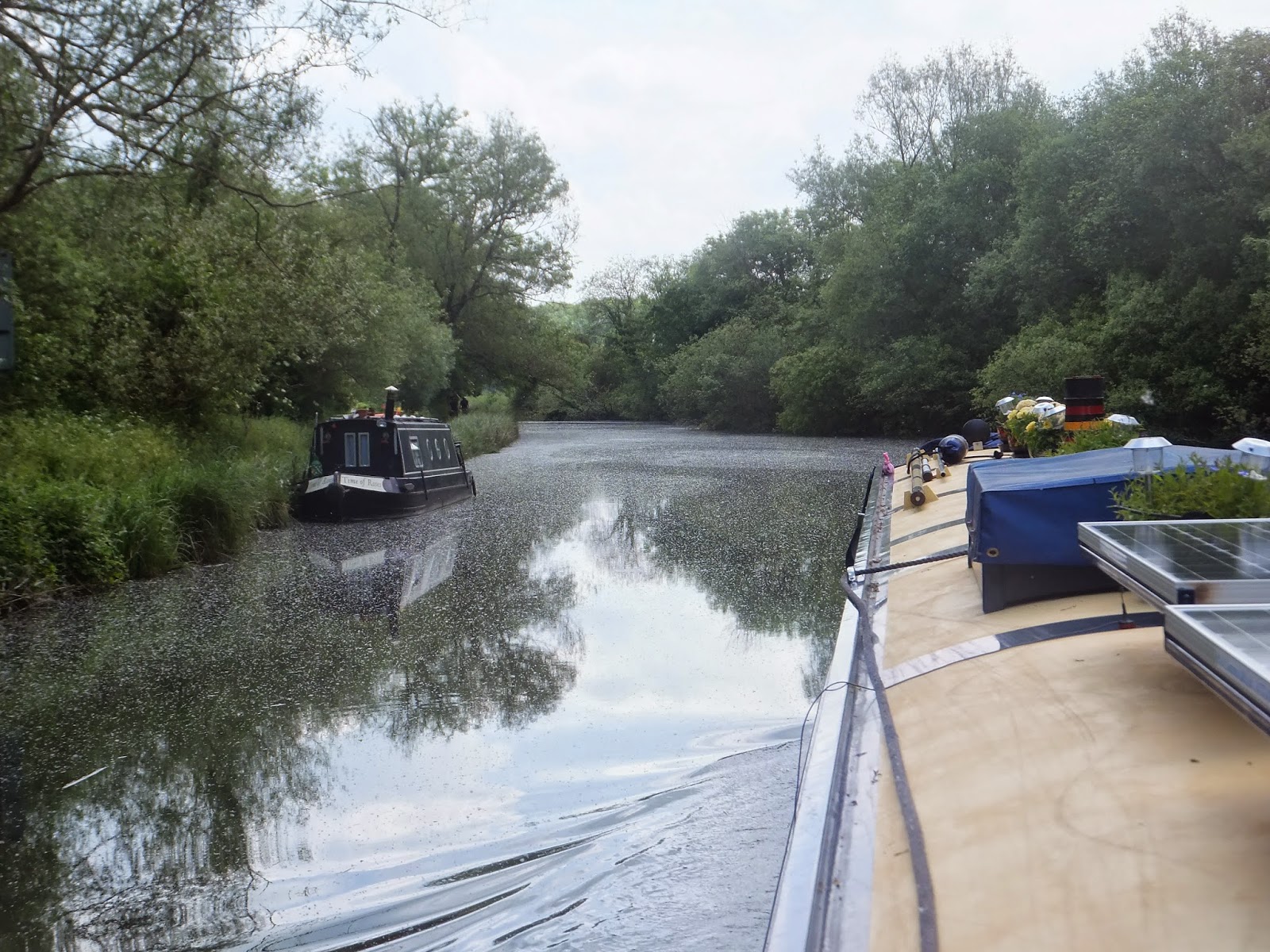 At Benham Broad the water was covered in seeds from the willow trees – it looked just like snow on water! 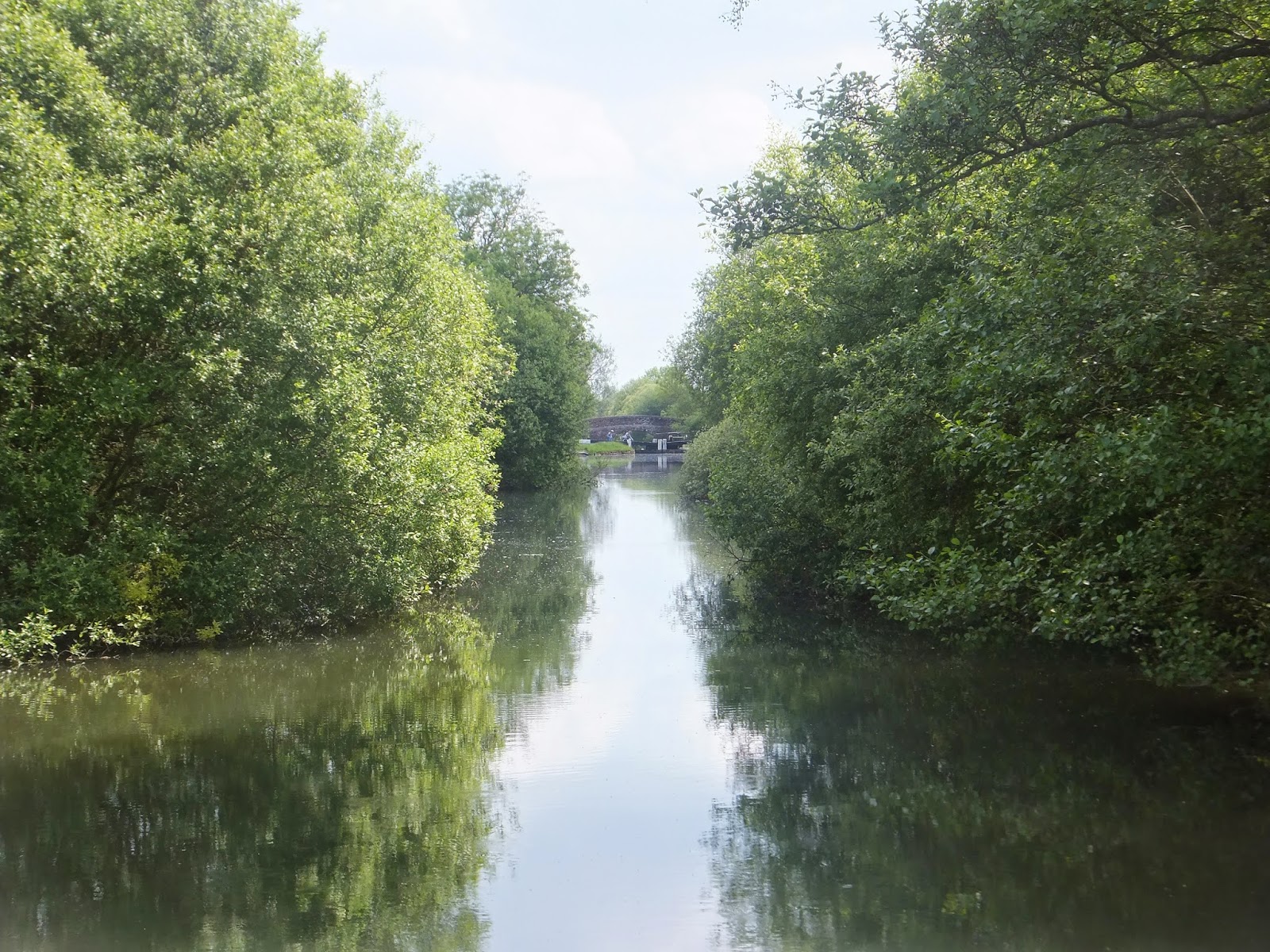 As we approached Higg’s Lock there are overhanging trees on both sides of the canal making it very narrow to get through.  I’m glad we weren’t in a wide beam!

The lock waiting at Higg’s is really attractive and I made Richard and Steve stay put while I went back to get my camera – it was a scene I just couldn’t miss. 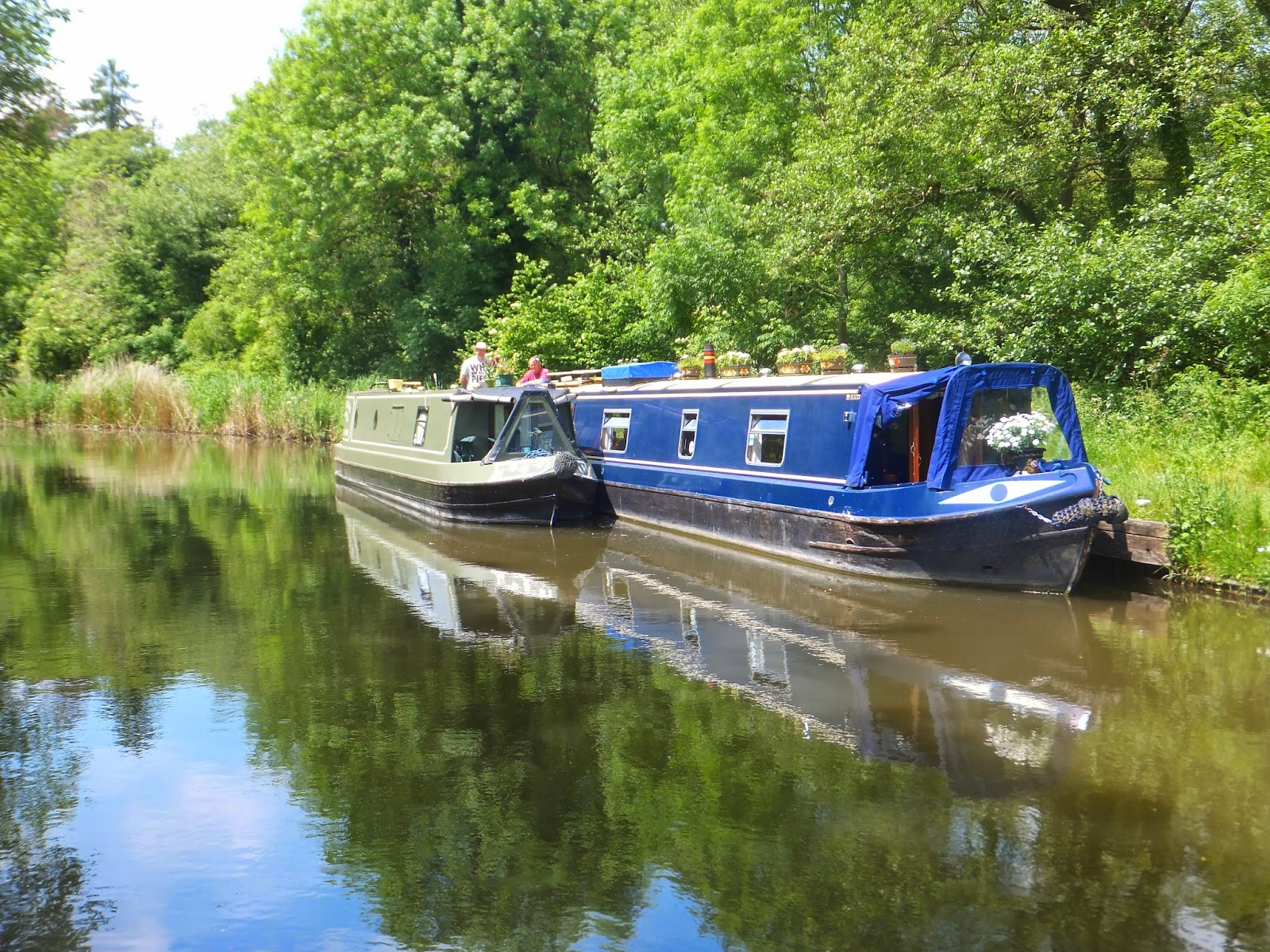 As we went under the A34 there are a crowd of bridge hoppers – but for heaven’s sake who would want to live under a main road bridge!


Before we knew it we were in Newbury – my first electrified swing bridge of the year!  We moored up above Newbury Lock, had lunch then Steve and I went to find Maplins.  He needed a TV aerial connector and I wanted a lead to connect the laptop to the TV so we can watch iPlayer.  However according to the young man in the shop I can’t do that with my laptop.  I ended up buying a Roku 1 – a wifi streaming player that we can get over 450 channels along with Netflix, NOW TV, Sky Sports on NOW TV, Sky Store, Demand 4, BBC iPlayer, and more.  It had better work as it cost £49.99!

Down through Newbury Lock, along the white water ride to the park but sadly it wasn’t much of a white knuckle ride today! 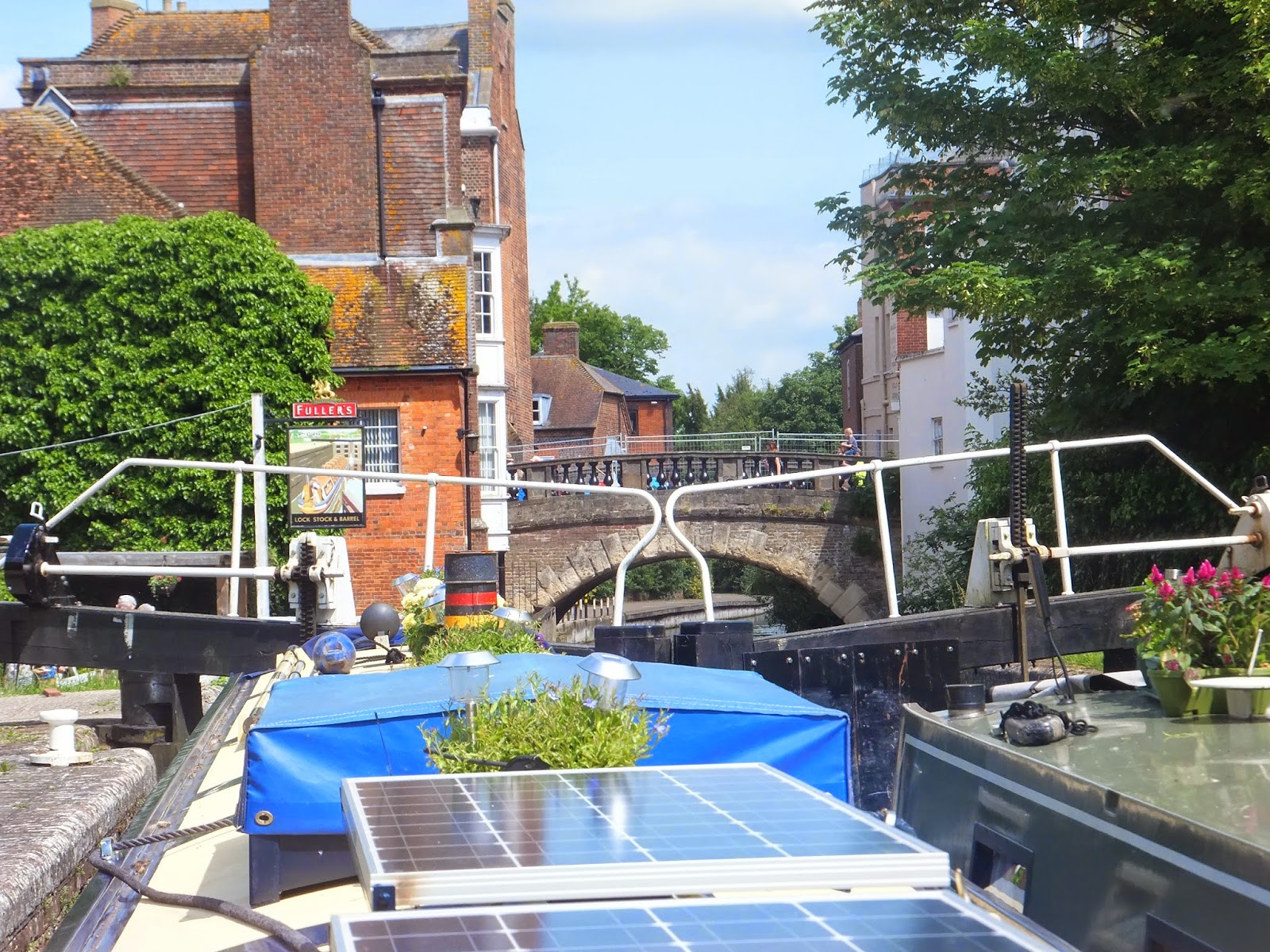 We said goodbye to Steve and Diane at Greenham Lock as they moor in Greenham Lock Marina and we were going down to the Newbury Boat Company.  We had had a lovely time with them and it was sad to say goodbye but I’m sure it is only au revoir.

It seemed like coming home as we entered the marina – we had overwintered here in 2010/2011.  Derek and Emma were soon out to welcome us and to look at our tiller and see what can be done.  Dave Lane will try and sort the problem out in the next week or so.