I’m finding that it’s becoming more and more difficult to get up in the mornings.  Whether it’s the heat I don’t know.

Richard (Magic) had offered to take me to the supermarket this morning as he needed to go too so I took up his kind offer and we set off to Morrisons.  It was so cool in there I didn’t want to come out!  When we got back I went and had a chat to Margaret and Tony before they set off southwards.  I think our paths may cross again in September.

After lunch we waved goodbye to Mim and Richard – they are setting off for 6 weeks on Wednesday and will catch up with Huffler, Jola and Charlotte soon.

We went through Carthagena Lock where there are some lovely moorings very close to a lake but, as we are finding everywhere around here, the moorings are all taken by bridge-hoppers (if they hop at all). 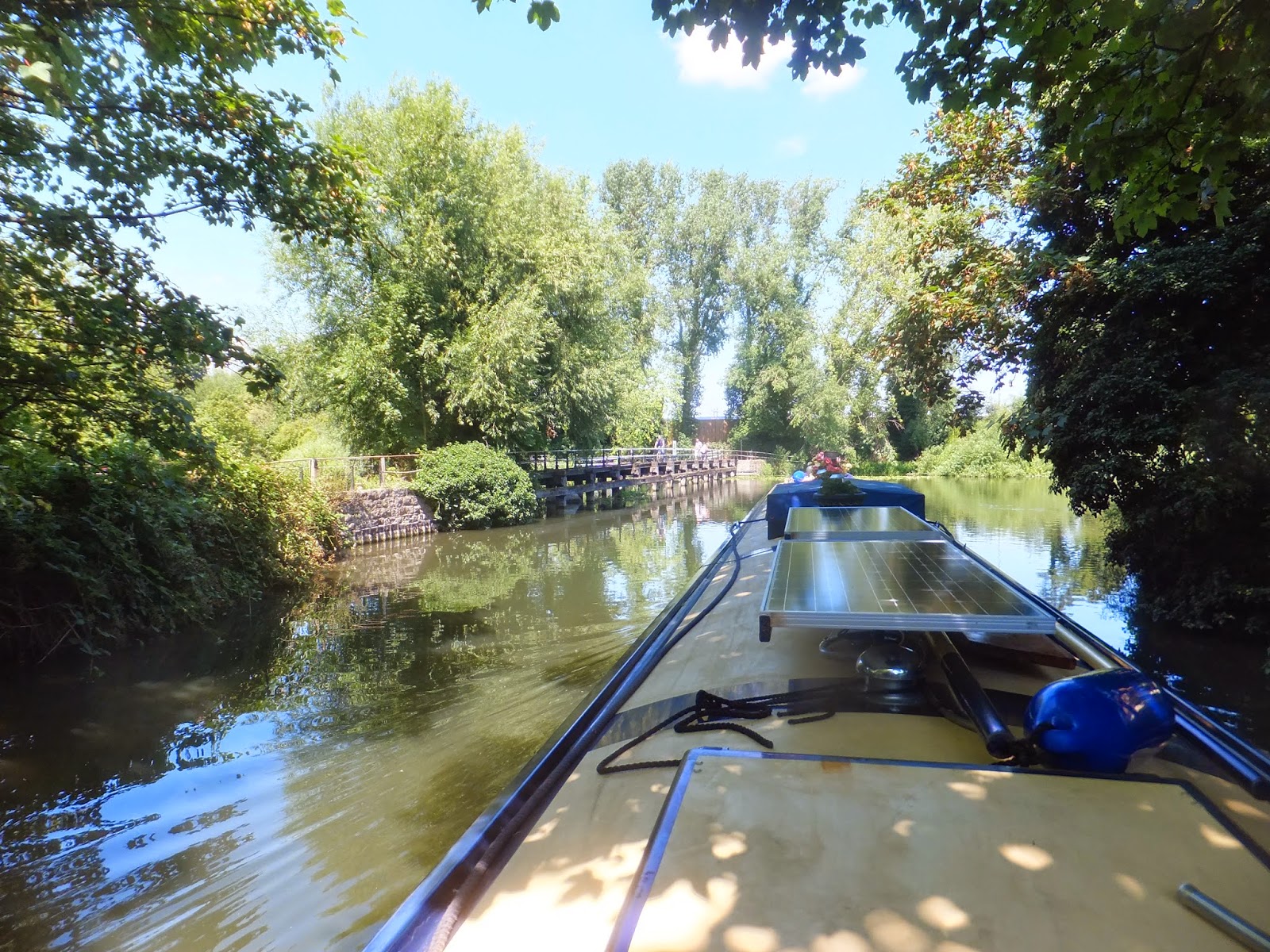 After Carthagena it’s Dobb’s Weir lock and weir and the Fish and Eels pub which looked lovely but the photo I took was all out of focus :-(

We stopped at Feilde’s Weir Lock and emptied and filled but there was no rubbish point.  We were then at the junction of the Lee Navigation and the Stort Navigation and we turned left up the Lee.

We passed the Rye House Kart Raceway where Lewis Hamilton started his racing career.  Next door is the Rye House Stadium where they do speedway.  We decided that we would move on up the river as there were go karts out and we weren’t sure if there might be speedway bikes later. 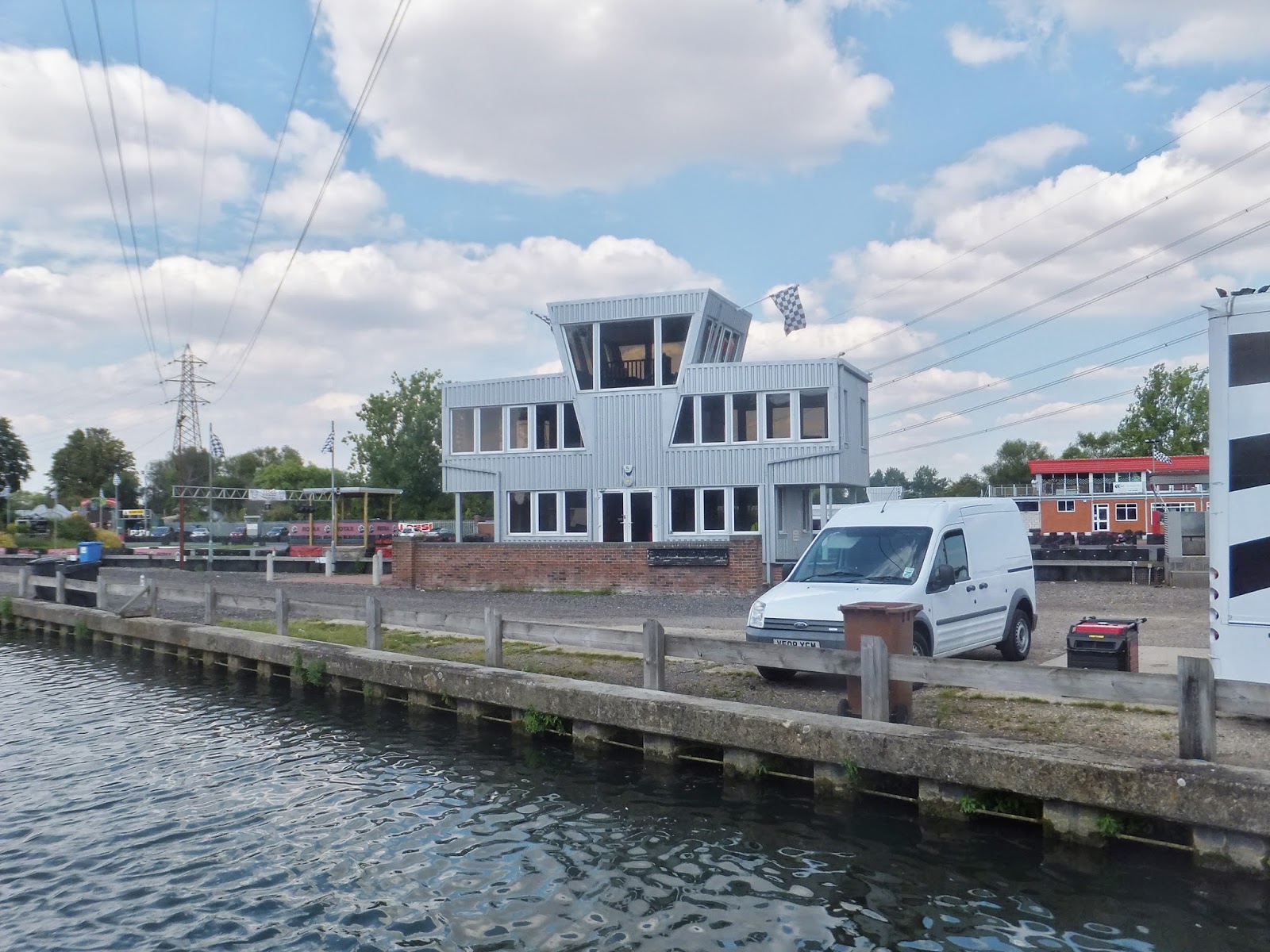 Wherever you look on the river there are bridge-hoppers moored in all the best places – it is quite depressing really.  The river is lovely and I wouldn’t have missed it for the world but it is really unfair that genuine visitors to the river can’t moor.  We ended up in a really wild place but in this heat I like to sit out of the boat and under trees but it wasn’t possible.

I’ve been a bit confused about the correct of the navigation and have come up with the following.  The spelling Lea predominates west (upstream) of Hertford, but both spellings (Lea and Lee) are used from Hertford to the River Thames. The Lee Navigation was established by Acts of Parliament and only that spelling is used in this context. The Lee Valley Regional Park Authority also uses this spelling for leisure facilities. However, the spelling Lea is used for road names, locations and other infrastructure in the capital, such as Leamouth, Lea Bridge, the Lea Valley Walk and the Lea Valley Railway Lines.  Are you any the wiser????