Not quite such a dopey morning thank goodness.

Richard walked into Ware to get bread – I forgot to get it on Tuesday and we have both been having toast with Sue’s (No Problem) blackberry jam on it.  Usually the bread turns green before it is finished.
We set off up into Ware which looks really nice and I look forward to returning in a day or so and having a look round.  Down through Hardmead Lock and then on to Stanstead Lock to fill up with water.  Our map, it is quite old, says that there is rubbish and elsan emptying at the Lea Valley Narrowboat Company but when Richard went to ask they said there isn’t.  I phoned CaRT and was told that I would have to go to Bishop’s Stortford to get rid of rubbish – that is 15.16 miles and 16 locks (8.5 hours) away!!  Elsan is back at Feilde’s Lock which doesn’t help when we are going to Hertford.  As we have been travelling around I have joined various Facebook groups for the waterway we are on so I put a note on the Lea and Stort page and was told that “sadly the boaters' facilities on the upper Lea are woefully inadequate, always have been I'm afraid. Compared to the rest of the inland waterways they are dreadful. We have tried time and time again to request facilities from BW/CRT but nothing ever happens. Private boatyards do their bit by providing facilities for their moorers but CRT need to up their game a bit and provide decent facilities for the licence paying public.”
After Stanstead we turned round and headed up to the Stanstead Nature Reserve.  Some of the bridge hoppers from yesterday have moved on leaving a nice space for us!  On the way we stopped and picked blackberries from the back of the boat.  They are really big and juicy and I’m sure they are early this year.
I got a call from Dot saying that they weren’t far away from Stanstead Lock so Richard and I walked down to set the lock for them.  Muffin was thrilled to see Dot and as soon as he could he got on their boat but disappeared down below to see if there was any food around – he is a real opportunist!  We hitched a lift back to Mary H and were soon all sitting at one of the picnic tables drinking tea then another and before we knew it it was 5.30pm!  We all took our dinner out to the picnic table and sat and chatted until we got chilly – yes chilly!  It was a nice feeling!!
This next photo is for my sister, Penny, who commented that yesterday we were at Tumbling Bay Bridge but there was no photo of the bridge.  The fact is the bridge is so insignificant that I didn’t bother to post a photo!  In fact Tumbling Bay is the name of the weir opposite to where we were moored. 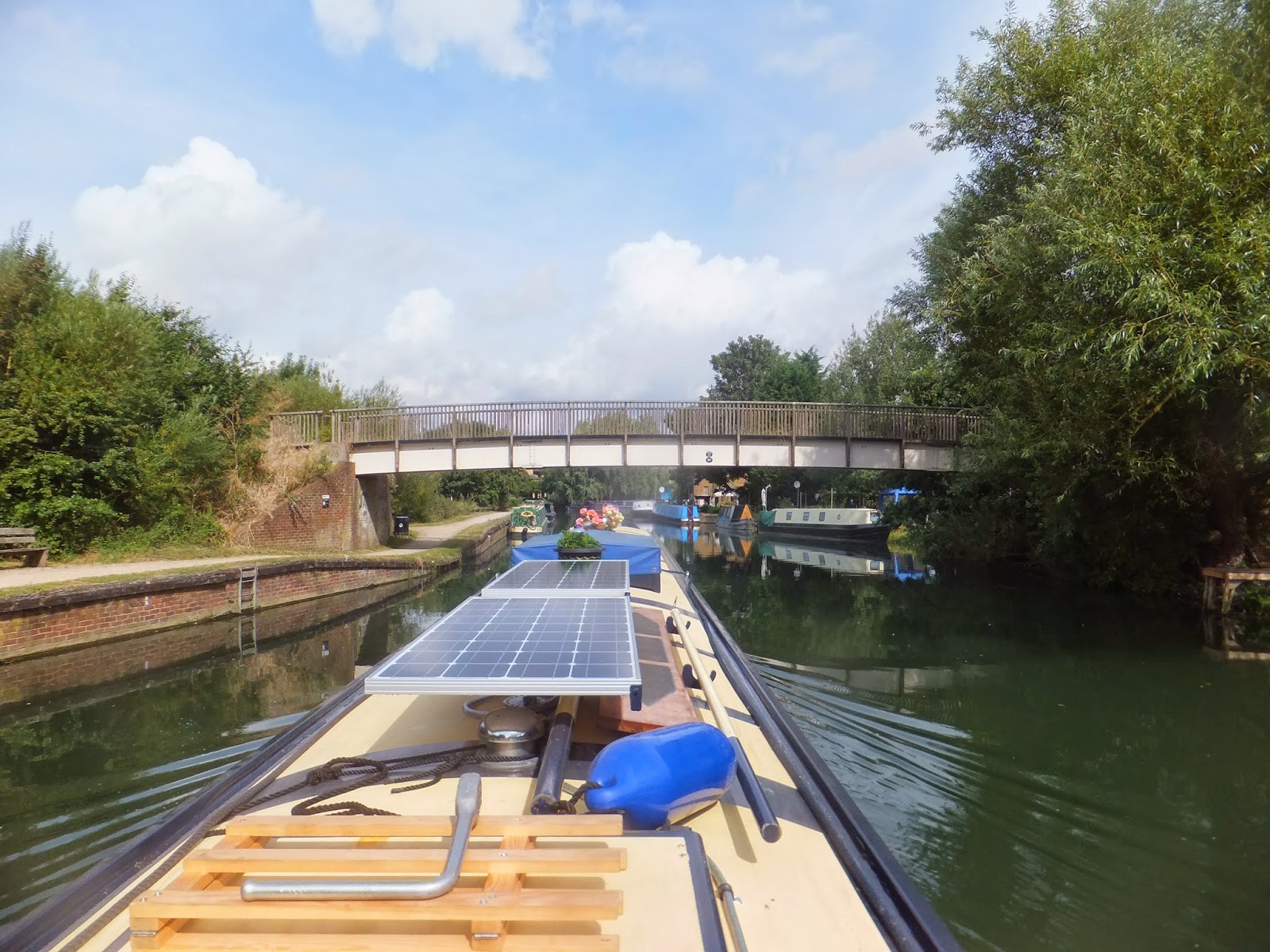